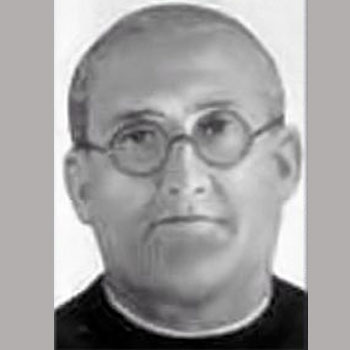 Alfredo Simón (1877-1936) was one of the 11 Jesuits who were martyred in Gandía and Valencia, Spain between August 19 and December 29, 1936 at the start of the Spanish Civil War. They had not been living together in community since the Society had been suppressed in Spain four years earlier. Their apostolic work had been greatly restricted, but it did not end until the civil war broke out.

Father Simón served as dean and then rector of the Colegio de San José in Valencia. In 1916 he took over the rector’s job in Sarriá, near Barcelona and then returned to Valencia as rector. When trouble broke out many families gave him shelter; although he was arrested and released several times, he was captured and martyred on November 29.