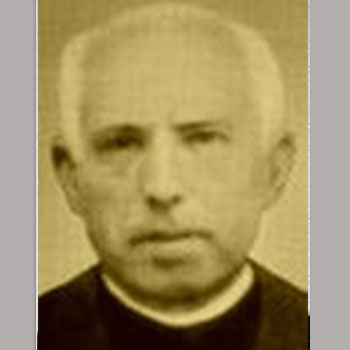 Pablo Bori (1864-1936) was one of the 11 Jesuits who were martyred in Gandía and Valencia, Spain between August 19 and December 29, 1936 at the start of the Spanish Civil War. They had not been living together in community since the Society had been suppressed in Spain four years earlier. Their apostolic work had been greatly restricted, but it did not end until the civil war broke out.

Father Bori was already a priest before he entered the Society of Jesus. He did parish work before going to the novitiate to serve as minister of the house. When the Jesuit community dispersed, he continued making pastoral visits of the elderly at the home run by the Little Sisters of the Poor. He was arrested along with Brother Vicente Sales, but pardoned his captors and gave them a blessing just before they unleashed a hail of bullets on him.