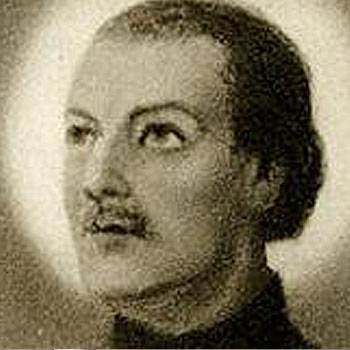 Ralph Ashley (birthday unknown) entered the Jesuits in Valladolid, Spain, as a brother. Ralph Ashley is first recorded working as a cook at the college in Douai. On 28th April 1590, he left for the English College, Valladolid, and became a Jesuit lay-brother. In 1598, he returned to England to serve Father Edward Oldcorne SJ. Eight years later in the aftermath of theGunpowder Plot, he and Oldcorne were arrested at Hindlip Hall near Worcester and committed to the Tower of London. Ashley patiently and constantly endured all the tortures inflicted on him without revealing any person or place of his master’s acquaintance. They were both remanded and tried for treasonin Worcester, condemned and executed on 7th April 1606 at Red Hill. When Ashley came to die he prayed and asked for forgiveness and noted that like Oldcorne he was dying for his religion and not for being a traitor. Prior to his execution, his last words were, “What a happy man am I to follow the steps of my Father unto death.” Ralph Ashley was beatified in 1929.