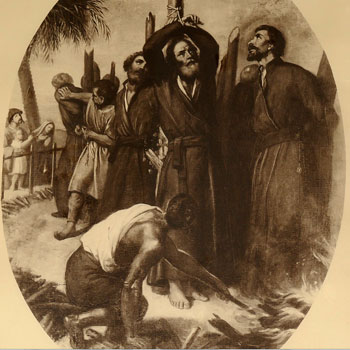 Brother Gaspar Sadamatsu (1565-1626) was born in Hasami, Japan, and was educated by Jesuits. He joined the Society in 1582 and became the provincial's assistant because he was able to write Japanese. He went into exile in 1614 but returned with Pacheco and assisted him for the next 11 years. For more details of the story of his martyrdom, see the entry under Blessed Francisco Pacheco.