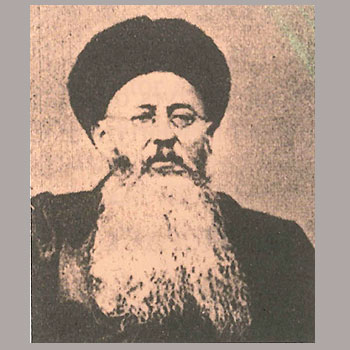 León-Ignace Mangin died with fellow Jesuit Paul Denn in 1900 in the village of Zhujiahe, praying in the parish church with the people who refused to forsake their Christian faith during the Boxer Rebellion. The Boxers were a secret Chinese society who began a persecution of Catholics in 1898; an estimated 30,000 people were killed during the persecution.

Father Mangin was born in Metz, France, and entered the Society in 1875. He went to the China mission and studied theology and Chinese and was ordained in 1886. He arrived in Zhujiahe in 1900; the number of inhabitants swelled from 400 when he arrived to almost 3,000 because of the threat of attacks. The French Jesuit fortified the town as best he could and stockpiled supplies. He also asked Father Denn to leave a nearby village and join him in Zhujiahe. Denn was also French and had worked as a bank clerk before entering the Jesuits to become a missionary. He was ordained in China in 1880.

The Boxers (who were given that nickname by the British because of their gymnastic exercises) attacked the fortified village on July 15, 1900, but the villagers were able to repel them. Another attack the following day was also unsuccessful, but then 2,000 soldiers of the imperial army interrupted their journey to Peking (now Beijing) to reinforce the Boxers. When Mangin saw the size of the attacking group, he knew the village was doomed. Some people were able to slip away at night, but the two Jesuits chose to remain with their flock.

The attackers constructed towers that enabled them to scale the barricades, and on the morning of July 20, they fought their way into the village. The two Jesuit pastors gathered women and children into the Church and led them in prayer, preparing them for what was to come. The few men left alive staggered into the chapel shortly before the Boxers broke down the church doors and confronted the Catholic congregation. They gave people one last chance to renounce their faith, but only a few did so. Then the shooting began. Denn intoned the Confiteor and Mangin pronounced the words of absolution. They were among the first to be killed, and then the attackers fired into the congregation and slashed at people with swords, before setting fire to the church roof. Their bones remained in place until 1901 when they were collected and placed in coffins, and then buried in the new church erected on the same site. The death toll that day was 1,370 Catholics.

Francis Borgia (1510-1572) gave up incredible wealth, power and privilege as a Spanish nobleman to enter the Society of Jesus...
Leggi la biografia