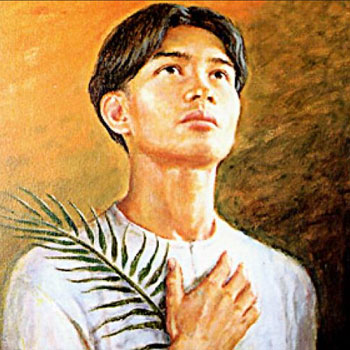 While in Guam, Calungsod preached Christianity to the Chamorro people through catechism, while baptizing infants, children and adults at the risk and expense of being persecuted and eventually murdered. Through Calungsod and San Vitores' missionary efforts, many native Chamorros converted to Roman Catholicism.