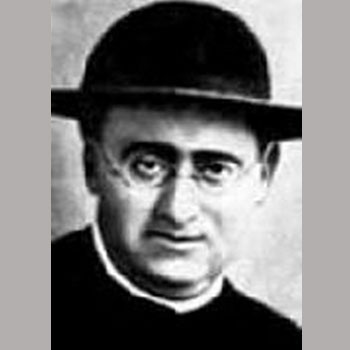 Narciso Basté (1866-1936) was one of 11 Jesuits killed at the start of the Spanish Civil War in 1936. Although the Spanish revolutionary government had surpressed the Society of Jesus in 1932, a few Jesuits refused to go into exile. These martyrs were all killed between Aug. 19 and Dec 29, 1936. Father Basté was initially able to move around because the communists respected him for what he had done for many years to promote the cause of workers.

He worked in the parish in Valencia with labor groups and sodalists. The first time he was arrested, on Aug. 17, he was set free by one of the interrogating officers who had benefited from the priest's advice. Basté was arrested a second time and released with a warning not to go out. Finally he was captured on Oct. 15 by communist soldiers who killed him that very day.