On May 12th, after a long journey from Cracow, Fr. General Arturo Sosa arrived in Gdańsk to concelebrate Sunday Mass for the student community “Winnica” (The Vineyard).The chaplaincy for Winnica is part of Holy Cross Jesuit Parish in Gdańsk-Wrzeszcz, and the fact that Father General made it his first stop in the Northern Polish Province was a clear expression of his chosen theme for the visit: “Accompanying the youth”.

Fr. General expressed his joy at following in the footprints of prior Jesuit Generals Fr. Pedro Arrupe and Peter Hans Kolvenbach who also visited the chaplaincy. In his homily, Fr. Sosa focused on three elements of John 10: the shepherd, the voice of the shepherd, and the flock. Before a congregation of several hundred people, Fr. General made an appeal to “leave the fold of comfort and security” and to follow God’s call to go out into “the pastures of freedom, because it is only in freedom that we are able to love.”

Fr. General emphasized the importance of participating in the community of believers, saying that while God treasures each one of us individually, HE brought us in community and calls us to live in communion, as a Church. At the same time, Fr. General continued, the Church should be a LIVE community, one that constantly grows and is ready to accept others as our own. He added, “Let us not cross out anyone, let us not create divisions that oppose ‘us’ vs ‘them’”. 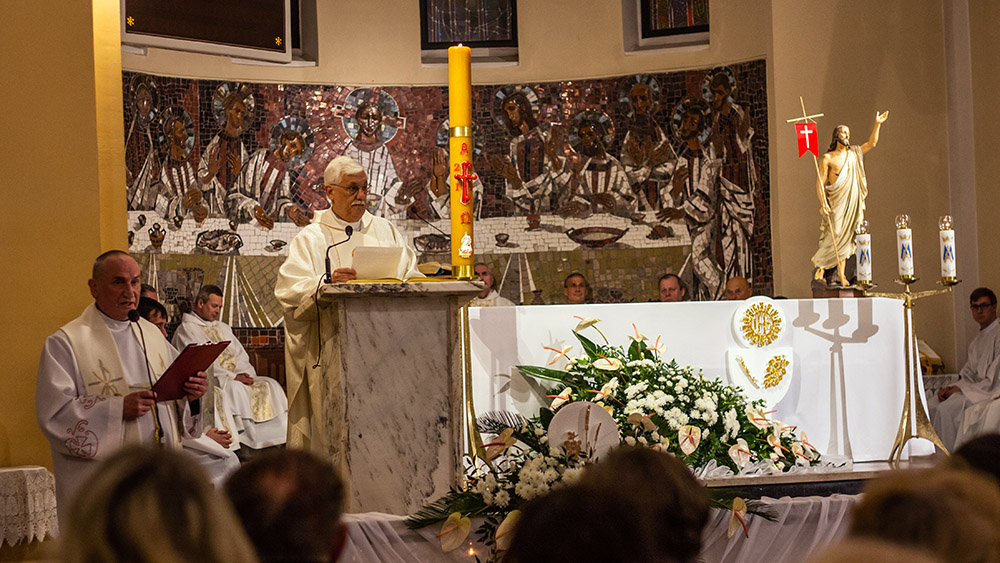 The content of the homily resonated with Igor Bagnucki’s statement, a 21-year-old student who, in an interview before the celebration, acknowledged that he had joined the chaplaincy in search of a community. According to Bagnucki, Ignatian spirituality taught him not only HOW to pray, but also how to share his spiritual experiences with others.

The chaplaincy, run by the Jesuits in Poland, has undergone constant evolution over the past 30 years. More space was given for Ignatian spirituality (with study groups and various forms of retreats) and liturgical formation. The Spiritual Exercises consistently gathered an ever-growing number of participants, either in retreat houses or through the Spiritual Exercises in daily life. Charismatic renewal led to the creation of new prayer groups. Jesuit volunteers expanded their efforts to service for the poor, marginalized and handicapped, and to missions abroad. Groups dedicated themselves to community-building interests like singing, dance, sports and tourism - all under the umbrella of the chaplaincy. The Chaplaincy grew to include catechetical preparation for the sacraments of baptism, confirmation and marriage. The chaplaincy centre has become a cluster ministry, a community of communities.

In summary, the Polish Jesuits chaplaincy model aims to create, within the academic environment, a space for prayer, spiritual and human formation, and for the integration of Ignatian spirituality. This has encouraged young people to build a mature faith life and to take responsibility as lay men and women in the Church and in the world. The chaplaincy has become a “liberating community”.