The Great Jesuit Tour of Austria

“We would like to invite you, Father General, on a virtual tour across Austria. And to make this trip more interesting, we thought of adding a competitive element to it. Father Provincial will also follow the same route. And since Saint Ignatius was well aware that superiors could not do well without information and advice, the Constitutions stipulate that superiors need consultors. So we have set up small teams of advisors: two people will help each of the teams and share their knowledge with them.”

This was the beginning of the most original presentation of a Jesuit Province in which Father General had the opportunity to participate. With a game board in the middle of the room, dice and pawns, we had the opportunity to tour the apostolic commitments of the Austrian Province. There were some 80 participants, more than forty Jesuits and almost as many lay people involved at all levels of the apostolate. People had travelled to Vienna from Graz, Innsbruck and Linz. Short video presentations also illustrated the Jesuit presence in these four cities. The stops in each of the cities or regions allowed for the collection of testimonies from those who work there. 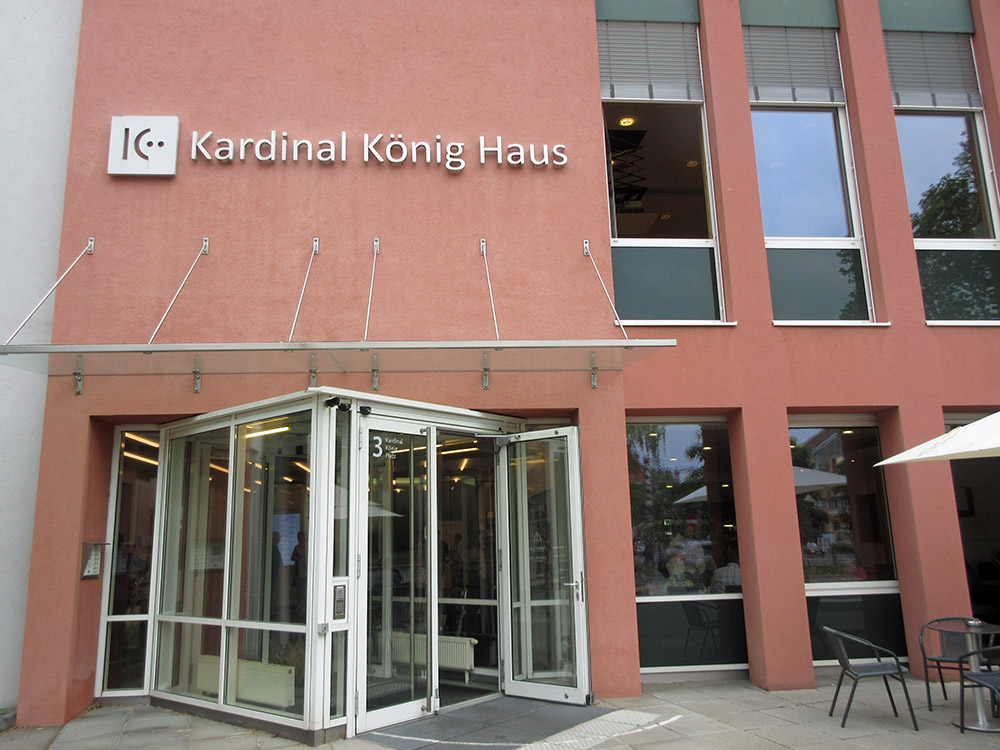 Although the Province of Austria is a relatively small Province -- with a total of 66 Jesuits -- it is striking to note the extent and diversity of the members’ commitments. This is due, in large part, to the model of integration into teams of many lay partners. For example, the Kardinal König Haus Centre, a joint project with Caritas Österreich, offers a large number of adult education programmes in pastoral care, palliative care and spirituality. At the heart of the centre’s endeavours are Ignatian activities and retreats like the Stille in Wien project (Silence in Vienna - a space of silence for individual retreats). Kardinal König Haus’ staff includes 66 lay people -- a good proportion of whom are women – who assist these programmes related to Ignatian spirituality.

Why not complete your knowledge of the Jesuit Province of Austria by watching:
- the video on “The Great Tour of Austria”
- the four short videos describing the Jesuit presence in Vienna, Innsbruck, Graz and Linz
- the photo album on the Kardinal König Haus centre

The theme for the 2022 Week of Prayer for Christian Unity is “We Saw His Star in the East...". It was chosen by the Christian Churches of the Middle East and finds its origins...