The tensions in Hong Kong: Jesuits and their partners are also feeling them!

Amidst social tensions in Hong Kong in July, the Superior General of the Jesuits visited this Chinese territory, which is unique in many ways. While this is not the place to analyse the demands expressed by the younger generations, it should only be pointed out that in June, the Hong Kong government, linked to the Beijing government, issued a new law that would allow the extradition of suspects from Hong Kong to mainland China to be prosecuted under the Chinese judicial system. Many saw this as a dangerous erosion of Hong Kong’s already limited autonomy from Beijing and there were subsequent massive demonstrations, sometimes tinged with violence. Young people in Hong Kong express their desire for freedom, while their parents or grandparents see the transition from British territory to China as a historic gain. Tensions are sometimes felt strongly within families, as reported by a father whose youngest son is deeply involved in the protest movement and even civil disobedience, while the eldest is a police officer.

These tensions are reflected in all strata of society and it was palpable even during Father General’s meeting with the partners in mission, the lay people involved with the works of the Society of Jesus in Hong Kong. This is the kind of meeting Father Sosa participates in during most of his Province visits. Leaders presented their activities as well as the specific environment of Hong Kong society, which emphasises money, productivity and efficiency. The result, even for school students, is an atmosphere of stress that does not always leave room for spiritual dimensions. There are tensions in Hong Kong life between values that are not easy to reconcile. 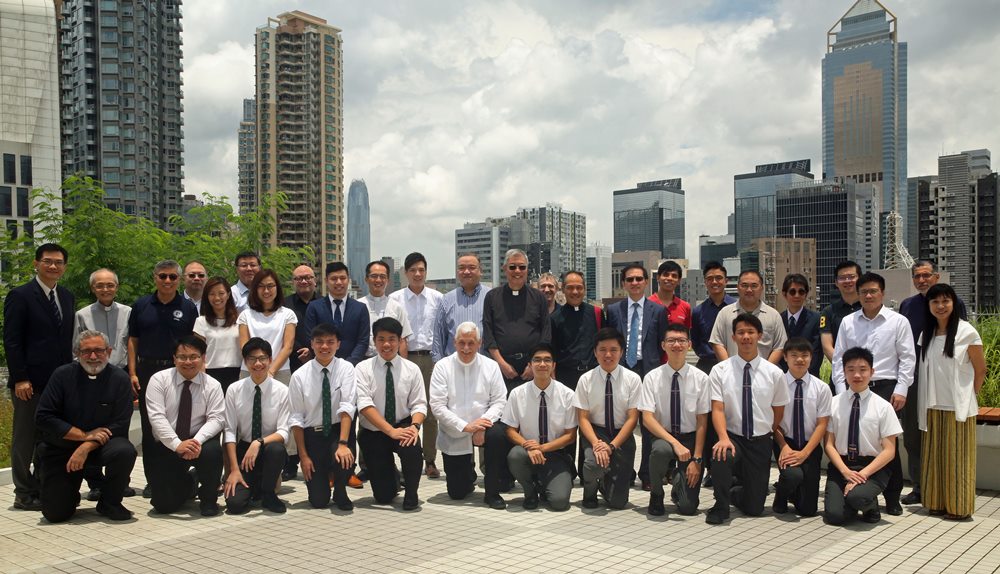 Jesuit works, intertwined in this social context, try to propose ways of interiority and humanisation. They address a wide audience, which is overwhelmingly not Catholic. This is the case in the two major Jesuit schools, Wah Yan Kowloon and Wah Yan Hong Kong. Others propose spiritual paths that are specifically Ignatian, including the Christian Life Community (CLC), the Spiritual Exercises of St. Ignatius in a retreat house, and traditional liturgical services such as those of St. Ignatius Chapel of Wah Yan Kowloon. There are offerings for young people, opportunities to discover little-known dimensions of their lives and being, the dimensions of interiority. Magis-HK works in line with this; likewise, activities at Ricci Hall, oriented towards university students, often out of breath due to the exigencies of the study programmes.

The meeting was also an opportunity to discuss another difficult subject: the relations between the Catholic Church and the Chinese government. The efforts of the Vatican and Pope Francis to regularize relations with Beijing are not positively perceived by all. While the Jesuits and the Society of Jesus clearly express their support for the Pope’s desire to move things forward, to emerge from a situation of struggle that has claimed victims from all factions, some of the participants at the meeting expressed doubts about the possibility of a real dialogue with Chinese authorities. 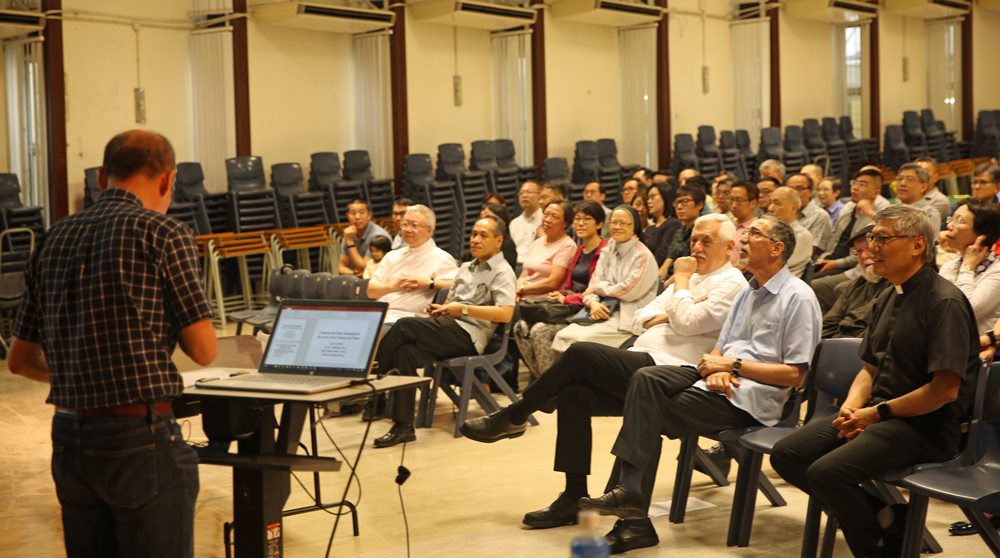 Another sensitive topic was the in-depth presentation of Professor Anthony Lam, of Holy Spirit Seminary in Hong Kong, who outlined the evolution of the Catholic presence in China. While some may have found his reading too harsh and perhaps pessimistic, the fact remains that his findings - often based on statistical data - show that the Catholic Church is struggling in the Chinese context. The number of priests is not increasing, and more so, the number of young women joining religious congregations has decreased drastically in the last ten years. This picture should give committed Catholics, including the Society of Jesus, some concern for seeking a more promising future for the Church in China. For example, the attention on the question of the ordination of bishops and the communities focused on the presence of priests, so that lay people may not have easily found their place. Could they have heard a call to assume responsibilities? Does a Catholicism strongly characterized by attachment to tradition, especially liturgical ones, leave room for other expressions of faith? The Ignatian approach could perhaps provide answers here.

The evening was a good opportunity for Fr. Arturo Sosa to get to know the Jesuit world of Hong Kong and the broader Chinese world. He listened, received, and processed all these data, with his intelligence and with his heart. Thus, at the end of the meeting - which began at 5:30 pm and ended after 9 pm - he had no speech to deliver. He simply thanked the participants for opening their hearts to him and for sharing their concerns. He encouraged them to live with these tensions with confidence and hope, as Abraham had done before an uncertain future - but a future that God assured him of his presence and accompaniment.

Share this Post:
Education in Macao: building bridges
In Asia Pacific, it is time for the appropriation of the UAPs
Posted by Communications Office - Editor in Curia Generalizia