The “Consiglio Allargato” had no shortage of subjects

Father General reconvened his “Extended Council” from 9 to 13 September in Rome. As a reminder, the members are not only the Counsellors of the General and his Regional Assistants, but also the Presidents of the six Jesuit Conferences around the world and the heads of the Secretariats based at the Curia.

This time, four themes were on the agenda. First, the engagement among Superiors and Directors of Works between the considerations of shared mission. Second, the question of networking, an emphasis from the 36th General Congregation to ensure a stronger and more effective presence of the Society in the world.

The third theme reflected on the Ignatian Year that will be celebrated throughout the Society from May 2021 to July 2022. We are at a stage of discernment to hear the call of the Lord to the Society today, especially to identify on which paths of conversion it can progress. The Ignatian Year will commemorate the 500th anniversary of the experience of conversion of Saint Ignatius after being wounded in Pamplona. 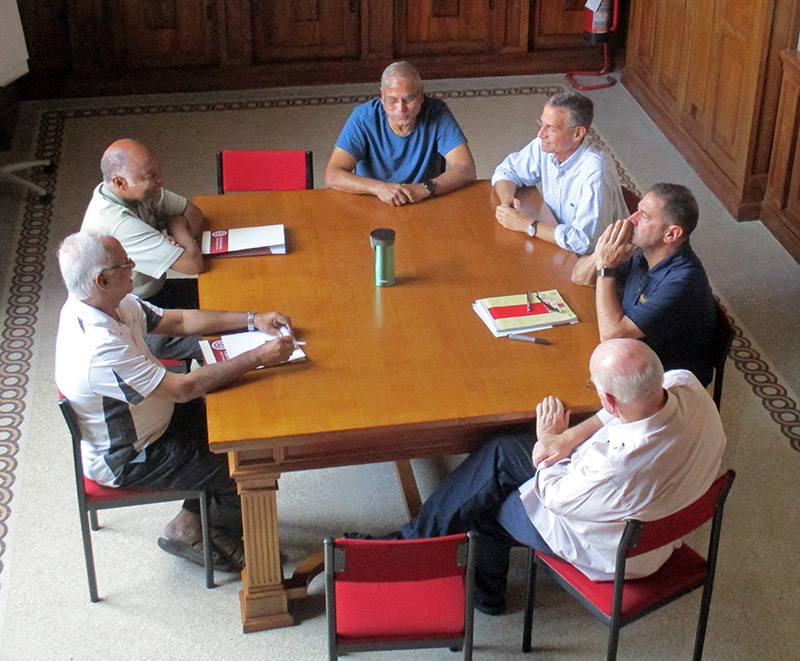 Lastly, a full day of the work of theConsiglio Allargato was dedicated to Amazonia, as the special Synod convened by Pope Francis on the Pan-Amazonian region will soon commence. The Council then opened its doors to all Jesuits in the Curia. Roberto Jaramillo, President of CPAL (Conference of Latin American Provincials), presented the problematics of this region. A Colombian Jesuit, he worked in the Amazon, in Manaus, as part of an inter-provincial team. After talking about the immensity of the challenges and economic forces facing the defenders of the environment and of the indigenous people - whose lives depend mainly on the forest - he highlighted the presence and involvement of the Jesuits in many Amazonian communities. In his opinion, the REPAM (Pan-Amazon Church Network) is an important instrument, broader than the Society of Jesus, to coordinate the involvement of the Church, and make heard the voice of the poor and the forgotten in the Amazon region. 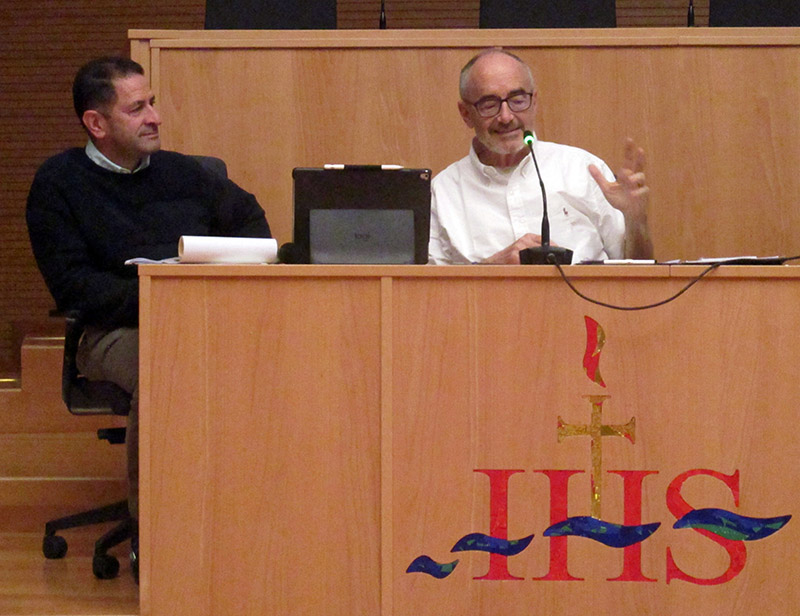 Fr. Michael Czerny, Cardinal-elect, spoke as Special Secretary of the Synod on the Pan-Amazon Region. He first recalled that the Holy Father had wished this Synod to highlight the sufferings of this Region, in order that we would be touched and would want to do our part to change things. It can be noted that this is the first time that a Synod has been organized to continue and try to implement the intuitions of an encyclical, in this caseLaudato Si’. The Synod is “special” because it will bring together not representatives of bishops from all over the world, but all the bishops of the Amazon region and some 150 other participants, men and women all of whom are involved in the region. In Pope Francis’ mind, it is also an opportunity to give a central place to people from various peripheries. Finally, Michael Czerny believes that to overcome the sense of despair that can be felt when faced with environmental problems, it is necessary to appreciate the good that is being done, both for the people and the environment, in many projects in which the Church is involved.

Share this Post:
Q&A with Father General: Who is your favourite saint?
50 Years of Justice and Reconciliation – Fernando Fernández Franco SJ
Posted by Communications Office - Editor in Curia Generalizia