Father General Arturo Sosa returned to Rome for the first weekend of January just in time to host the Jesuits living and working in Rome. It was an overcast evening with the streets teeming with tourists bundled up in weather clothing. Though gradually emerging from the festive season, the excited faces seem to suggest the disposition of not being in a hurry to return to a regular daily routine.

This event took place on 4 January at the General Curia - an evening of fraternal conviviality. Even though some of the Jesuits studying in Rome have exams looming on the horizon, they still made time to banter with brother Jesuits while fostering the spirit of the union of minds and hearts.

The experience of the evening reminded us of the words of the famous Nigerian writer Chinua Achebe, in his book Things Fall Apart, “A man who calls his kinsmen to a feast does not do so to save them from starving. They all have food in their own homes. When we gather together in the moonlit village ground, it is not because of the moon. Every man can see it in his own compound. We come together because it is good for kinsmen to do so.” 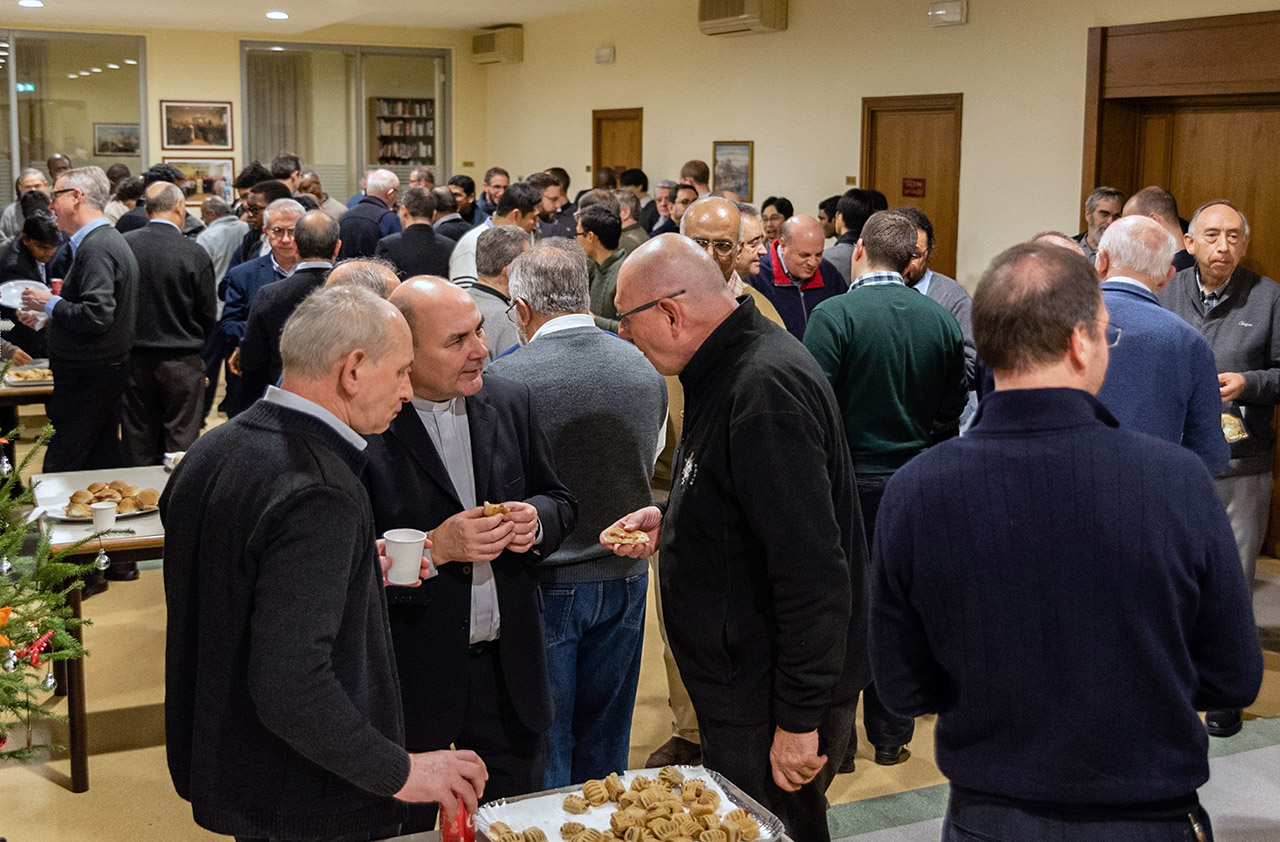 Fr. Mark A. Lewis is the new Rector of the Gregorian University

On 13 June Father General Arturo Sosa received the official statement of the Congregation for Catholic Education announcing that Pope Francis appointed Fr. Mark A. Lewis SJ as the new Rector of the Pontifical Gregorian University in Rome.