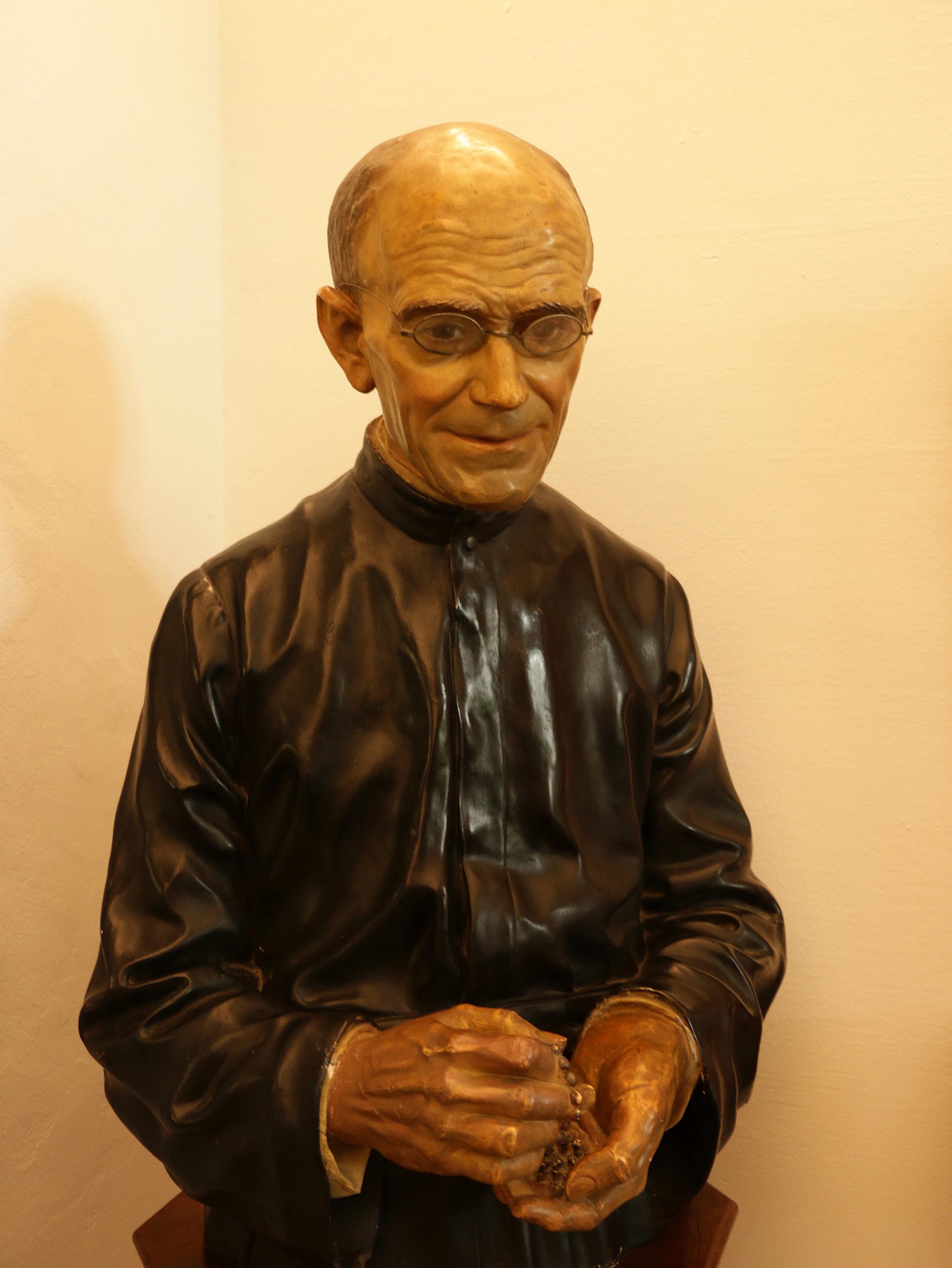 Francisco Gárate (1857-1929) is remembered for the ordinary things, the kindnesses that he gave to students during his many years working as the door-keeper in Jesuit schools. Almost a neighbor of the shrine of Loyola where St. Ignatius was born, Gárate grew up in a pious Catholic family and left home at age 14 to do domestic work in the newly opened College of Nuestra Señora de la Antigua directed by the Jesuits at Orduña. When he decided to become a Jesuit, Gárate went to Southern France where the Spanish Jesuits maintained a novitiate in exile after having been expelled from Spain during the 1868 revolution.

Brother Gárate's first permanent assignment was infirmarian at the Jesuit college in La Guardia, near the Atlantic Ocean and the Portuguese border. For ten years he cared for sick students with great kindness and generosity. Then he moved to Bilbao where he served as doorkeeper at the College of Higher Studies. Like St. Alphonsus Rodríguez, another Jesuit brother doorkeeper, Gárate was courteous to all who came to the community. He offered students encouragement, advice and consolation and made sure those who were hungry had food and the poor had clothes. His own life was marked by prayer and extremely simple living in terms of his room, food and clothes. He prayed constantly wherever he was and always had a rosary at hand. After his death, former students showed their great devotion and esteem to the brother who had showed great love to them.