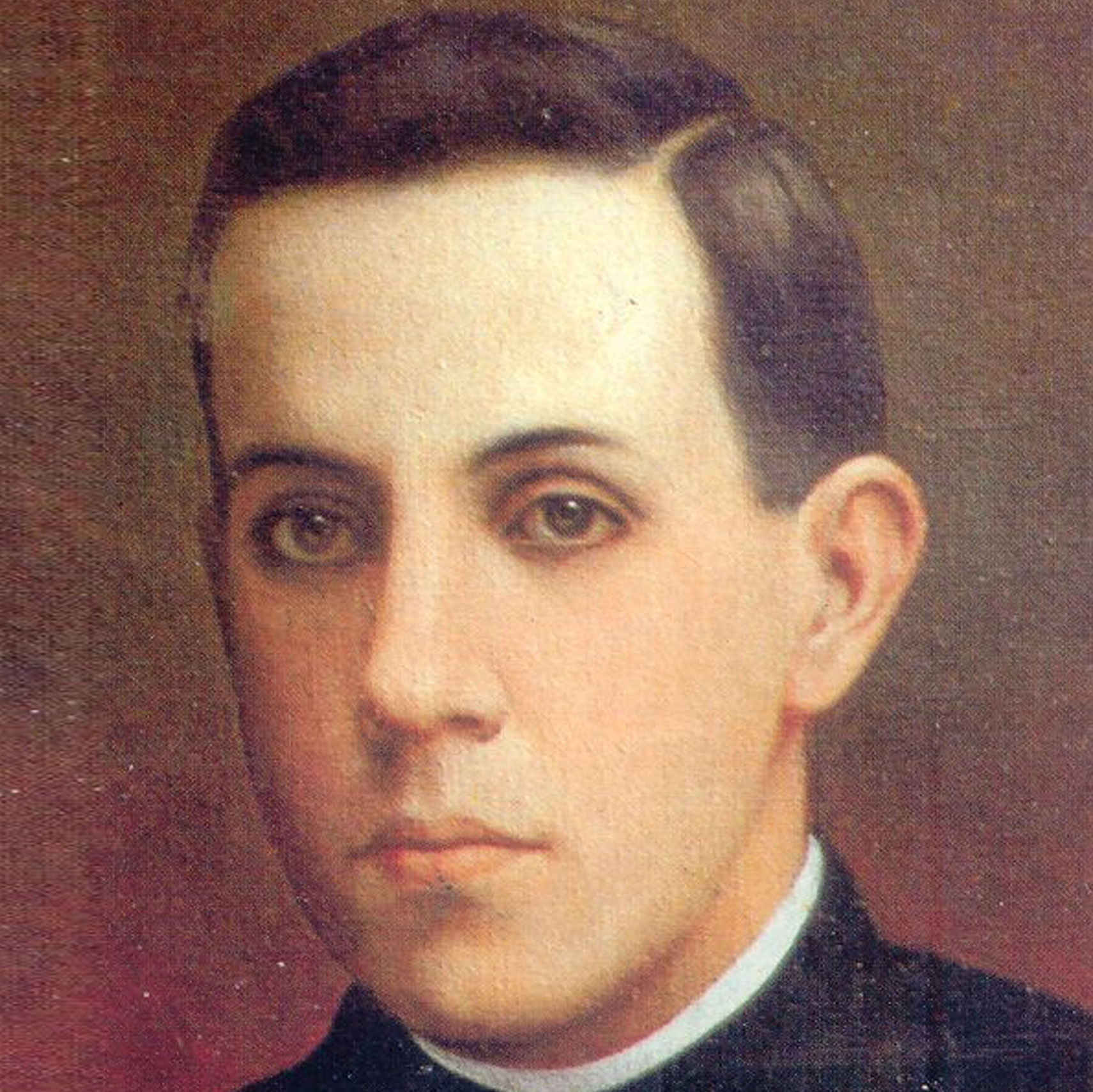 Miguel Augustine Pro Juárez (1891-1927) was killed for being a Catholic priest during the persecution of the Church under President Plutarco Elías Calles, who was rabidly anti-Catholic. Pro was born in Guadalupe de Zacatecas, Mexico, the son of a mining engineer. He received most of his early education from tutors so when he entered the Society of Jesus, he had not yet completed his secondary education and found studies difficult. He compensated for lack of academic preparation by devoting himself to prayer and the search for holiness.

Pro took his vows in August 1913, at a moment of growing conflict in Mexican history. General Venustiano Carranza and the bandit Pancho Villa attacked the Church and the clergy, sacking church buildings and torturing priests and religious. On Aug. 5, 1914, a party of Carranza's men ransacked the novitiate's main house and burned its library. The rector realized that the situation would only worsen so he told his men that each one would be responsible for making his own way across the border into the United States and then on to California where the Jesuits offered a building at Los Gatos to the exiled seminarians from Mexico. Pro arrived there on October 9 and spent a year there before going to Spain to study philosophy. In 1920 he was assigned to teach in Nicaragua, and then returned to Spain for theology. In 1924 he went to Enghien, Belgium to complete the theology course and study sociology because he was interested in the worker movements and wanted to be prepared for his return to Mexico. He was ordained in 1925 as the persecution back in Mexico sharpened under Elías Calles.

Father Pro had no difficulty entering his homeland in June 1926, but at the end of July the government suppressed all public worship and closed the churches. Every priest became a hunted criminal. Faithful Mexicans, however, still sought the sacraments so Pro continued his ministry in secret. He established stations in various parts of Mexico City and visited them regularly to preach and offer the sacraments. He usually lived with his family, who had moved to Mexico City, but he also had some other places where he could seek shelter. Two of his brothers, Humberto and Roberto, helped him in his work by printing and distributing literature for the Religious Defense League. The young Jesuit lived without fear and carried on his priestly ministry until November 1927.

On Sunday, Nov. 13, someone attempted to assassinate General Alvaro Obregón with a bomb which exploded without killing the general. Neither Fr. Pro nor his brothers were involved in the plot but one of them owned a car used in the attempt and had sold it only days earlier. The brothers decided it would be safer to leave Mexico for the United States, but before they could depart, police surrounded the house where they were staying and arrested all three Pro brothers. The actual mastermind of the plot, Luis Segura, turned himself into the police when he heard that Father Pro had been arrested and blamed for the attempt. President Calles wanted to make an example out of the Jesuit even though the one actually responsible for the crime was in custody. On Nov. 22 he invited friends to a special execution the following day.

Soldiers escorted the unsuspecting Jesuit priest into the prison yard the morning of Nov. 23. When he saw the spectators and the firing squad, he asked for a few moments to pray, and then refused the blindfold when it was offered. Holding his rosary in his hand, he stood in front of the bullet-chipped wall and stretched his arms out in the form of a cross. When the order came to fire, he cried out, ""Vivo Cristo Rey! Long live Christ the King."" His brother Humberto was executed later that morning but Roberto was spared at the last moment. Luis Segura was also shot that morning. Pro's father claimed the body and had a wake in the family home; thousands of workers as well as soldiers came by to see the martyr's body.