Discernment and Leadership: A Jesuit contribution to the Church

At the start of his pontificate, Pope Francis emphasized the importance of active listening: letting go of control and leaving room for the movement of the Holy Spirit. Six years later, the Jesuits are using the paradigm of active listening to push an initiative that is training the next generation of Church leaders. This initiative comes as a response to the spirit of service to the Church that Fr. Arturo Sosa, Superior General of the Society of Jesus, has hilighted in the presentations he made of the recently published Universal Apostolic Preferences.

The program take participants through the gamut of spiritual tools that can inform leadership. From guided reflections, to “spiritual conversations”, to sharing in small groups, to learning about the practical aspects of Ignatian Spirituality, the program is grounded in a commitment to prayer that leads to an environment that is conducive to creating a team spirit. Leadership that is marked by discernment implies a holistic way of living and, according to Father Sosa, “enables us to enter in communion in the only body whose head is Christ.” 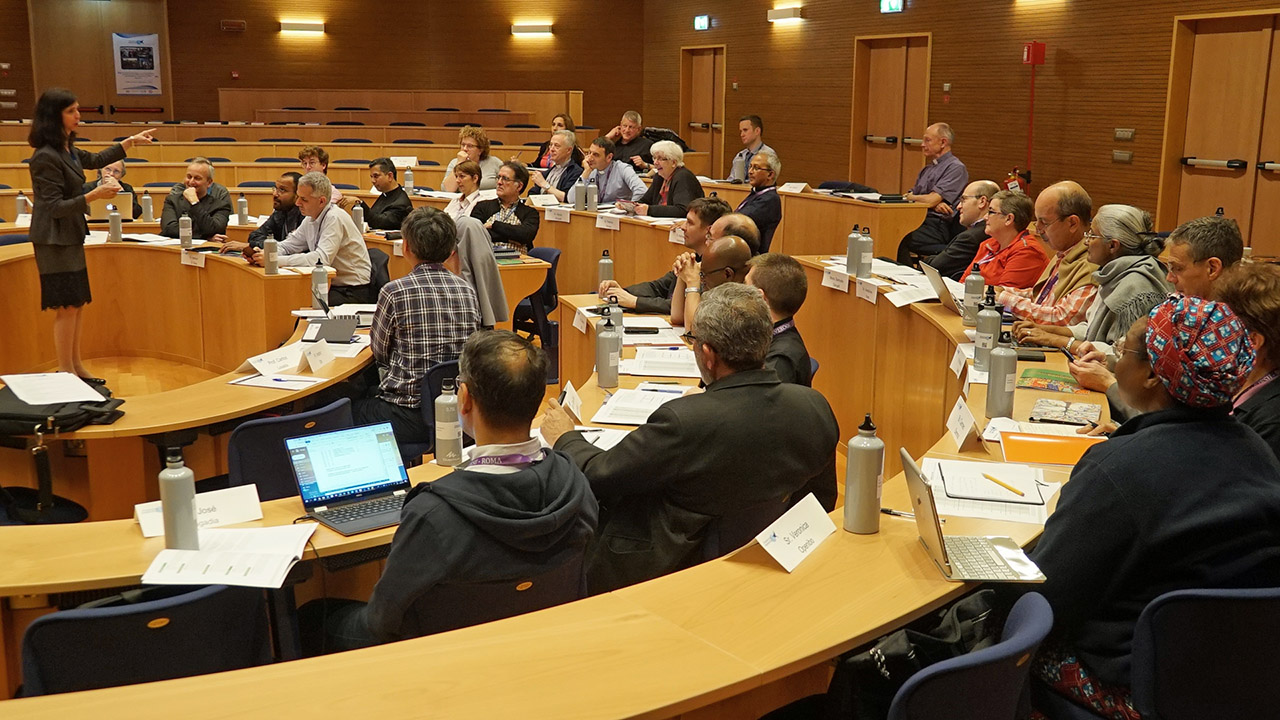 The first part of the initiative seminar was held at the Jesuit Curia from the 27th to the 31st of May. A second seminar, with the same participants, is to be announced in October. The meeting brought together people from over 20 different countries around the world, including personnel from varied Vatican Dicasteries, Superiors General of different Orders and Congregations and some of Father Sosa’s own General Council. Over the course of the week, the participants had the opportunity to reflect on their own experiences of leadership in the company of experts from Jesuit institutions including Le Moyne College (Syracuse, NY, USA), Georgetown University (Washington, DC, USA), and ESADE (Barcelona, Spain).

At the start of the workshop, a strong accent was put on the importance of listening. This is indeed a theme that Pope Francis himself has often used in his letters and homilies. In a recent address to the leaders of Caritas Internationalis Pope Francis said, “Humility is born when, instead of talking, one listens, when one ceases to be at the centre. (...) It’s the way of humble service, which Jesus followed. It’s always important to listen to the voice of all, especially of the little ones and the least. In the world those who have more means speak more, but among us it can’t be that way.”

If the Society of Jesus is offering this type of service, it is because the Jesuits believe that Ignatian tradition, with its emphasis on discernment, has great potential to understand and adapt to the challenges facing the modern Church. We are indeed facing issues for which previous generations of leadership were not trained. However, beyond the challenges of modernity, Ignatian Leadership offers a unique view of the radically different vision of relationship between God and humans that is a core principle of Catholicism: it helps to discern the signs of the times. A competent leadership attuned to the Ignatian tradition could generate a lively contemporary Church environment.

Share this Post:
Jesuits are also present in the Russian Region
Philip Endean SJ presents the paths opened by the Preferences
Posted by Communications Office - Editor in Curia Generalizia