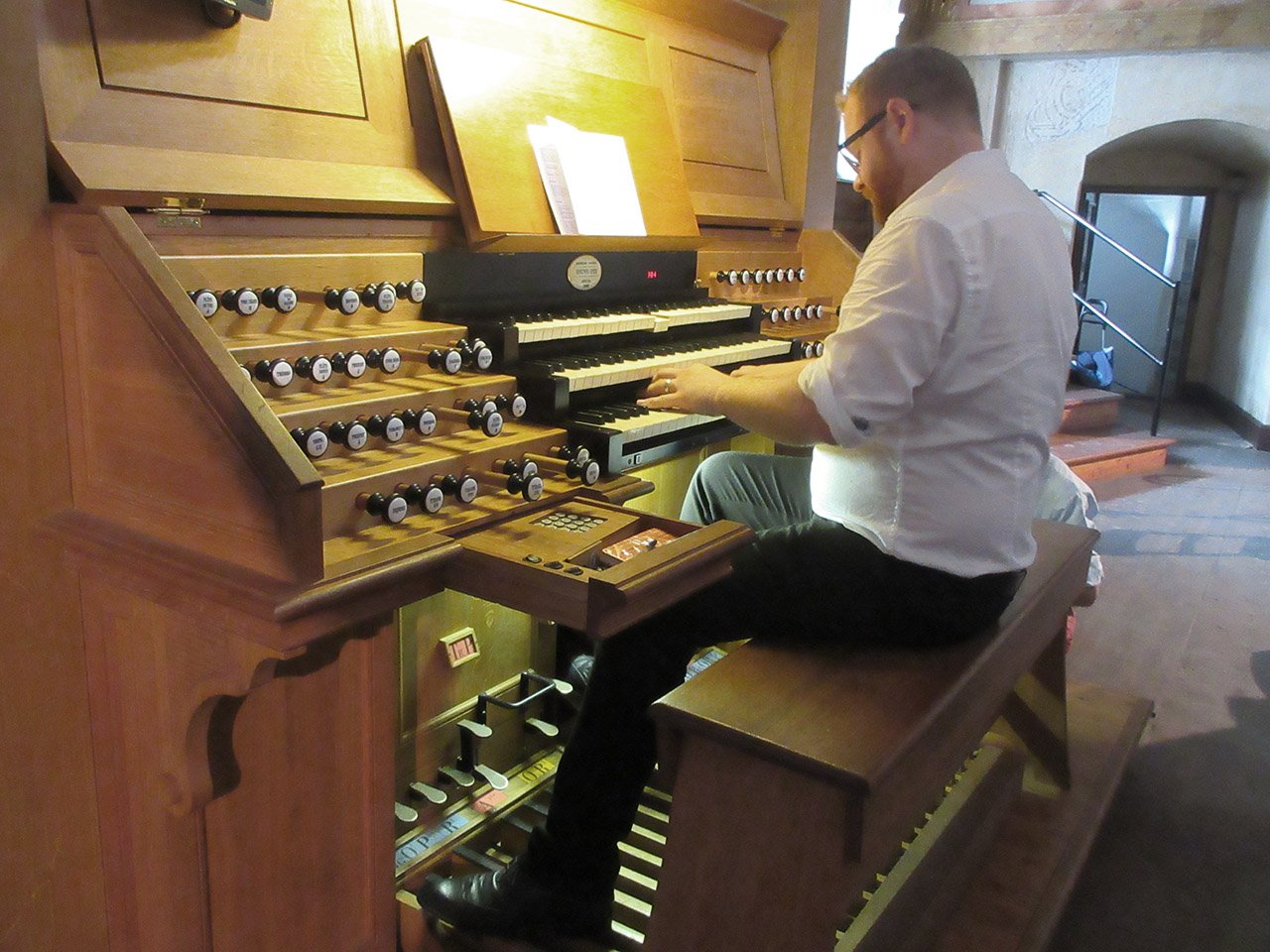 Vienna is universally known as a city of music, particularly that of classical European origin. The Jesuits actively participate in this rich cultural heritage, especially in their downtown church, the Jesuitenkirche. At the “High Mass” on Sunday morning, a polyphonic choir of 80 voices and a symphony orchestra of more than 50 musicians take part in the celebration. This was the case for the Mass presided by Father General on Sunday, June 23.

The church also has one of the best organs in the city. Through music, the church contributes pastorally bringing people together from diverse backgrounds. Concerts are hosted on Sunday evenings called “The Golden Hour” (Goldene Stunde), featuring the titular organist, Roman Hauser who also began this tradition. In Mr. Hauser’s words:

“The Goldene Stunde focuses on a romantic and contemporary repertoire. Since there is a great variety and a huge treasure of organ music of great interest but little known, we had the dream of creating a platform to present this repertoire in the magnificent environment of the Jesuit Church in Vienna.

The type of instrument and its technical possibilities are unique throughout the country. So the Goldene Stunde series is one of the central parts of my artistic and musical life. We invite many national and international organists who can share their experience with the public. 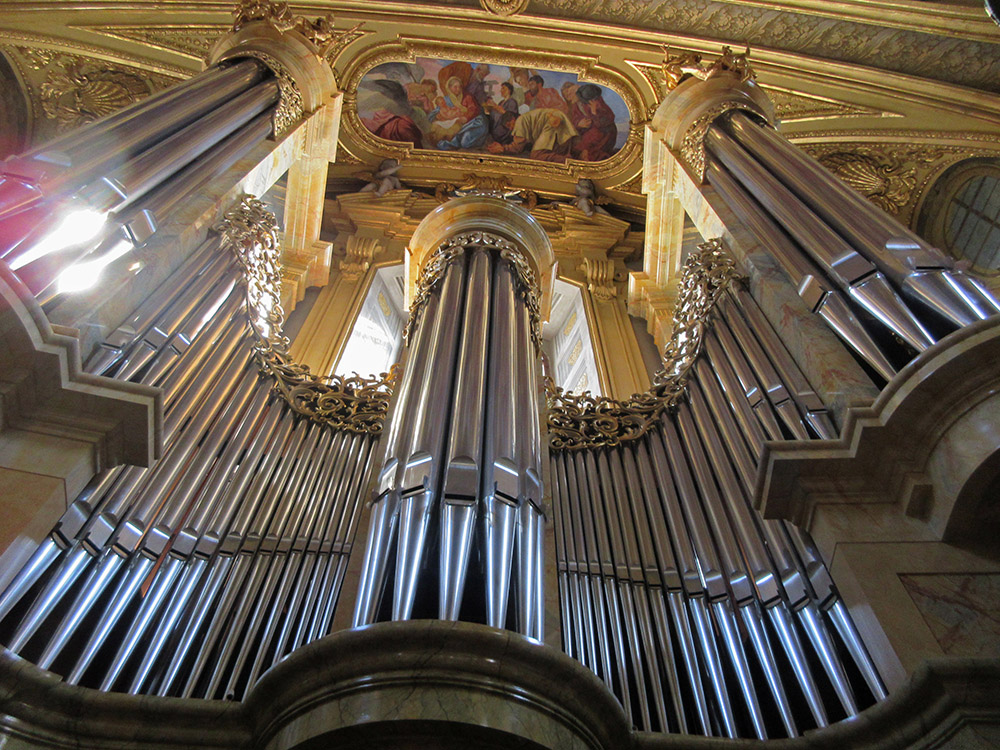 Let us remember that the vast majority of the organ repertoire has been or is composed in a religious context. During the last two centuries of creation, a wide variety of musical expressions has emerged. This is the basis of the experience we offer, precious moments, in one of the most breathtaking baroque environments in Vienna.

Since the beginning of the Goldene Stunde, our audience has been made up of people from very diverse cultural, ethnic and social backgrounds. Music is an intercultural language that can be understood all over the world. A judicious choice of pieces and artists provides for the construction of bridges in a very special way, thanks to music. We are happy and proud to be part of this movement in our beautiful church.”

Look at the photo album of the Mass presided by Fr. Arturo Sosa in the Jesuitenkirche in Vienna.

Share this Post:
Concordia: for the future of children in neglected regions
Meeting on the LOCUGEE bridge
Posted by Communications Office - Editor in Curia Generalizia