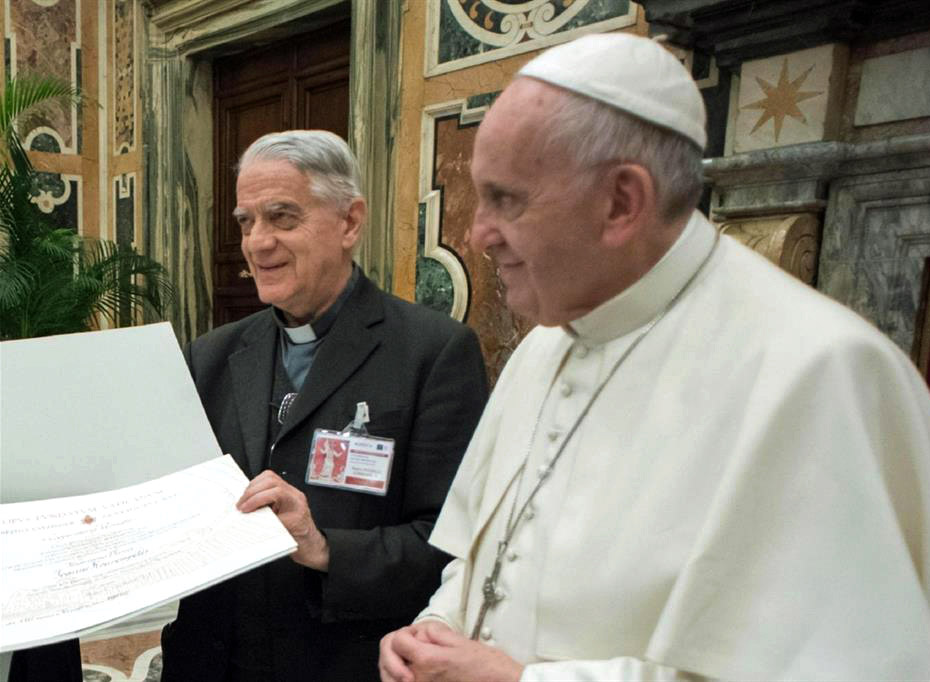 At a press conference held in Rome on 30 September, Fr. Federico Lombardi, President of the Ratzinger Foundation, announced the two recipients of the 2019 Ratzinger Award. In addition to the internationally renowned Canadian philosopher Charles Taylor, the prize is awarded to Fr. Paul Béré, a Jesuit.

Originally from Burkina Faso, he followed philosophical and theological training for the priesthood in Ouagadougou. He joined the Society of Jesus in 1990. He then completed his theological studies at the Biblical Institute in Rome. Paul Béré has led several important projects for the development of theology in Africa, participated in the establishment of the first Jesuit School of Theology in Africa and launched a journal to promote research in African theology. His participation as an expert in several synods of bishops and his contribution to the General Secretariat of the Synods have enabled Africa to establish itself in the world of theological research.

The Ratzinger Foundation’s choice is in line with the broadening of cultural horizons constantly pursued by the Foundation’s Scientific Committee. This year, the objective was to emphasize philosophy in its reflection on faith in the contemporary world and to highlight African theology, with its very important mission for the inculturation of the Gospel and the mission of evangelization on the African continent. 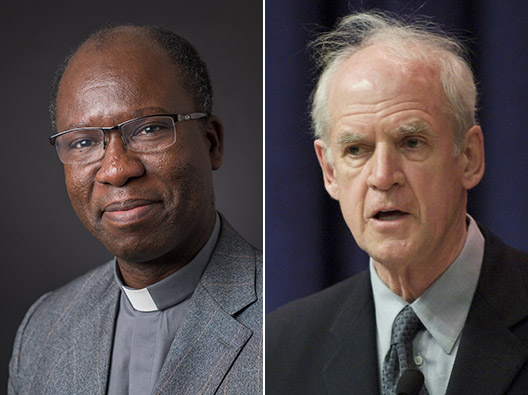 As in previous years, Pope Francis himself will be handing out the awards to Mr. Taylor and Father Béré at the ceremony, which will take place at the Vatican on November 9. Of the 20 recipients of the Ratzinger Award during the Foundation’s nine years of existence, Paul Béré is the third Jesuit to receive this honour; the other two are Fr. Brian Daley of the United States (2012) and Fr. Mario De França Miranda of Brazil (2015). The award-winning researchers come from fifteen countries and four continents.

Founded in 2010, the Ratzinger Foundation promotes the studies and publications of the thoughts of Joseph Ratzinger - Benedict XVI and supports research in theology and related disciplines.