Towards a discerning Church: Saint John of Avila and Saint Ignatius of Loyola, sources of inspiration

The leadership of the Jesuits and of the great “Ignatian family” of the whole world -the task of the Superior General of the Society of Jesus - does not leave much time for the professor and researcher who was Father Arturo Sosa during a large part of his Jesuit life. However, he was given an opportunity by the organizers of the 2nd International Congress on Saint John of Avila held in Córdoba from 21 to 23 November. He was one of the keynote speakers. His intervention gave him the opportunity to highlight what could bring the two saints closer together. Father Sosa pointed out, for example, that their ways of calling for discernment and spiritual depth are still very relevant in our time. Here are some of the main points of his speech.

Father General suggested that the spiritual experience of Saint John of Avila and Saint Ignatius of Loyola can inspire the renewal that the Church desires, under the light of the Spirit, for which she needs “an attentive listening to the Word and a refined communal discernment, substantial dimensions of the spiritual experience, lived in depth by the two Saints.” Both experienced a change of era that required a very difficult renewal of the Catholic Church and, for Arturo Sosa, “the programme of the 2nd Vatican Council continues to seek means to become the living flesh and the face of the Catholic Church,” which, he said, is reflected in both the way Pope Francis exercises his ministry and in the tensions created around him. 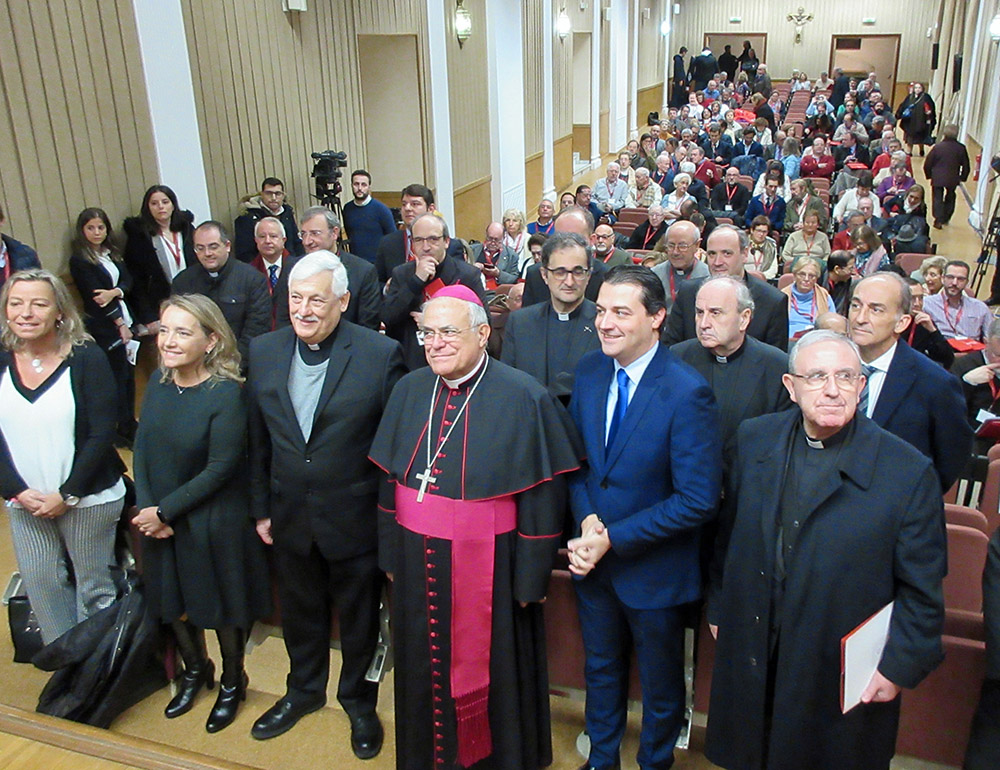 Father Sosa’s speech was very Ignatian and focused on the first Apostolic Preference, which invites the Society of Jesus to show the way to God. A condition for this is to contribute to the creation of a synodal Church - which can be defined as “letting herself be guided” by the Holy Spirit - and also by the need for common apostolic discernment. He explained what this discernment consists of and what the necessary preconditions for this experience are: to leave behind the guarantees or assurances (to live in “Ignatian indifference”); to live with trust in God; and to be able to perceive the signs by which God points the way. This can be done by listening to his word, by prayer and contemplation that lead to understanding his language. The Jesuit General also stressed how humility is a fundamental attitude to do God’s will; it is expressed in the austerity of life style and in the “authentic closeness to the poor” that the two saints, John of Avila and Ignatius of Loyola, showed during their lives. He highlighted other virtues of the two saints that help for communal discernment, such as confrontation with others, strong academic formation and a culture of thought and reflection.

A synodal Church, Fr. Sosa suggested, has the challenge of “generating the kind of structures and decision-making processes that accompany the authentic paths of discernment for those who must decide according to God’s will.” And, since ecclesial discernment takes place in secular society, he invited his listeners to view “secularization, and the secular world that emerges from it, as one of the ways in which the Spirit speaks to us and guides us in our time (...) so that we sincerely ask ourselves what the Lord is telling us in this secularization, where the Spirit is leading us on this path that humanity is living.” Finally, Arturo Sosa detailed the four keys to communal discernment: ensuring the participation of the whole person, namely his or her sensitivity, affectivity, intelligence and conscience; clearly defining who should participate in the process, why and under what conditions; specifying very clearly how the final decision will be taken; and practicing “spiritual conversation” as the most appropriate tool.

You can read Father General’s full speech by clicking here (in Spanish).

Share this Post:
Educating to educate for 75 years in Úbeda (Jaén, Andalusia)
“Seek not your own interests but those of Jesus Christ” (Tiburcio Arnaiz, SJ)
Posted by Communications Office - Editor in Curia Generalizia