The river of life is threatened 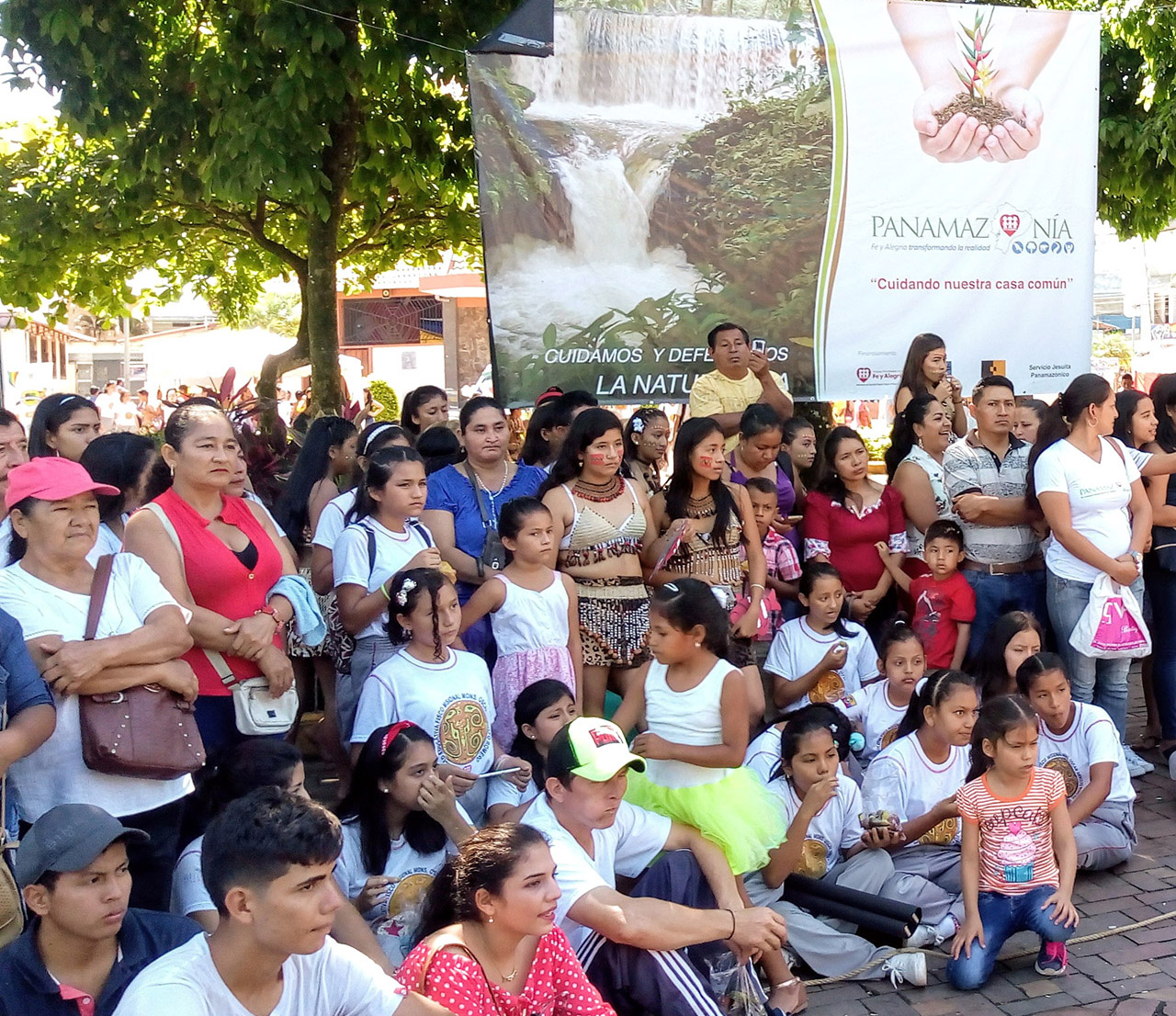 The commitment to the Amazon and integral ecology in action

The complexities and problems of the Pan-Amazonian territory, which is usually seen as an uninhabited forest and river basin, are closely linked to its history. It has been wounded by the excessive extraction of natural resources (mining, energy and timber, among others), megaprojects and deforestation, as well as by migration and urbanization. The impoverishment of its population, among other situations that threaten all forms of life, is causing the loss of biological and cultural diversity and environmental and social changes on a global scale. It is also important to recognize that the causes of these problems have a global dimension, associated with the capitalist model of accumulation, which demands and depletes the resources of the forest, causing damage to the territory and violations of human rights.

Both the threats faced by Amazonian peoples and their wealth are undoubtedly a challenging context for the Society’s mission in the service of faith and the promotion of justice. Even though the 33rd General Congregation (1984) expressed interest in ecology, the commitment to the Amazon territory dates back to the 17th century, with the missions and the presence of outstanding Jesuits such as Samuel Fritz, a great connoisseur of the Amazon River, to whom we owe one of the most complete mappings of the region. “Samuel Fritz” is the name of the interprovincial community located in Leticia (Colombia) – in the triple border shared with Brazil and Peru – of the Jesuit Service to Panamazonia (SJPAM) of the Conference of Provincials of Latin America and the Caribbean (CPAL).

In its 2011 Apostolic Plan, CPAL made Amazonia a priority. This vast territory, which involves nine countries, also has the presence, in some of them, of communities and works: parishes, spirituality centers, social centers and networks that work with indigenous people, children and youth. Faced with the need to respond in a structured manner to the challenges and to strengthen the presence of Jesuits in the territory, the SJPAM was created in 2013. Its goal is “to contribute to the defense and promotion of the life, rights and territories of indigenous peoples and a sustainable environment in Panamazonia.” From the outset we have been called to encourage and energize the Society’s presence in the Amazon and to better serve the territory and its people through the CPAL networks, focusing on two areas: indigenous peoples and socio-environmental sustainability. This has led us to take up the challenge of putting into action the “integral ecology” proposed by Laudato si’ when it invites us to recognize that nature is not separate from us and, therefore, environmental concerns also have a social effect that is often suffered most by historically impoverished vulnerable sectors, such as indigenous and other forest dwellers. 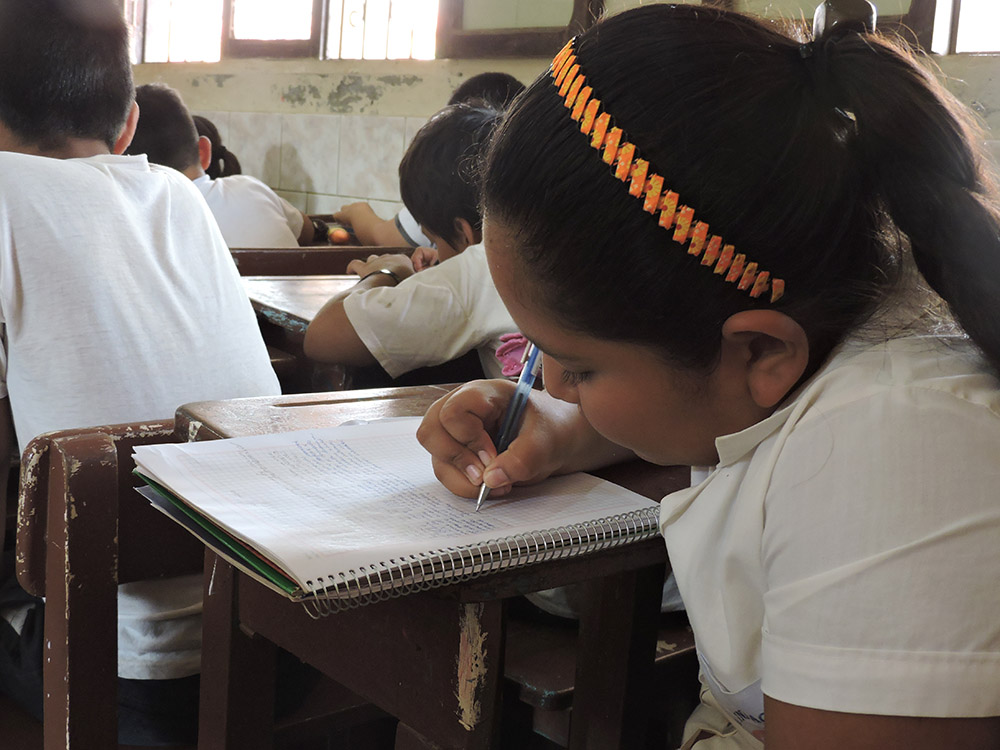 As for the service of faith and the promotion of justice, the work of the different presences of the Society must be recognized: the Serviço Ação, Reflexão e Educação Social (SARES - Service of Action, Reflection and Social Education) in Brazil, the Servicio Agropecuario para la Investigación y Promoción Económica (SAIPE - Agricultural Service for Economic Research and Promotion) in Peru and the CPAL networks, such as the Indigenous Network, the Universities and Fe y Alegría. With the latter two, joint actions have been carried out in favor of the territory. As a service to the Church, we support the strengthening of the Red Eclesial Panamazónica (REPAM - Pan-Amazonian Ecclesial Network) and participate intensely in the activities of the 2019 Synod (“Amazonia: new ways for the Church and for an integral ecology”). The synodal consultation went through processes of listening to the inhabitants of the Amazon, with reflections that go beyond the ecclesial scope of the biome, because they speak to the universal Church and affect the fate of the planet, as the preparatory document affirms. In this process the universal Society of Jesus was involved through the networks of universities and also Ecojesuit. Undoubtedly, the Amazonian Synod will lay the foundations for an outgoing Church with an “Amazonian face,” that is, a Church that rethinks its methods, is open to intercultural and interreligious dialogue, and is built by walking with the indigenous peoples and welcoming what they have to teach us.

We remember the words of Pope Francis in Puerto Maldonado, inviting us to love this land as a treasure to be enjoyed and not as an object to be discarded, and to value and respect the indigenous peoples, who with their spiritual and theological riches must be examples and protagonists of practices of change.

There are many challenges that we have as Church and as Society of Jesus in this territory, which increasingly becomes a strategic space in the defense of the life and rights of indigenous peoples. We consider that we are on the way to making some of the recently defined Universal Apostolic Preferences of the Society of Jesus a reality, which will require a greater commitment on our part.

Share this Post:
The creativity of a living faith
Building with bamboo, building the community
Posted by Communications Office - Editor in Curia Generalizia