Getting inspired by “A Limping Pilgrim”

“I was struck by the fact that even on the eve of his death, Ignatius had come to a remarkable balance between the practical matters of his responsibilities and his mystical experience. Throughout his life, Ignatius kept on growing in his spiritual life and it gained depth. This is particularly evident in this final stage; one in which we can say with Jerome Nadal that he lived the contemplation in action.”

This was how Chamika Nipun, a Sri Lankan scholastic in his first year of theology at the Collegio Internazionale del Gesù, in Rome began our conversation. He is one of the principal members of a small team that has produced a short video drama on the last days of the life of St Ignatius. Chamika helped to write and direct the project that arose as an idea that took shape as a project during the months of quarantine. 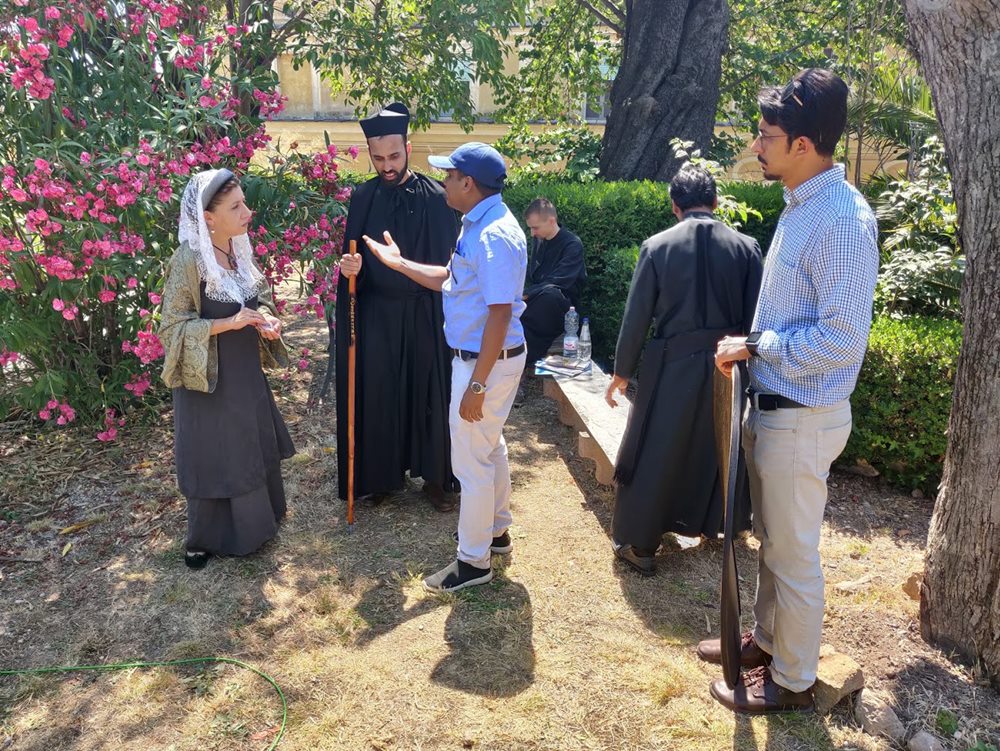 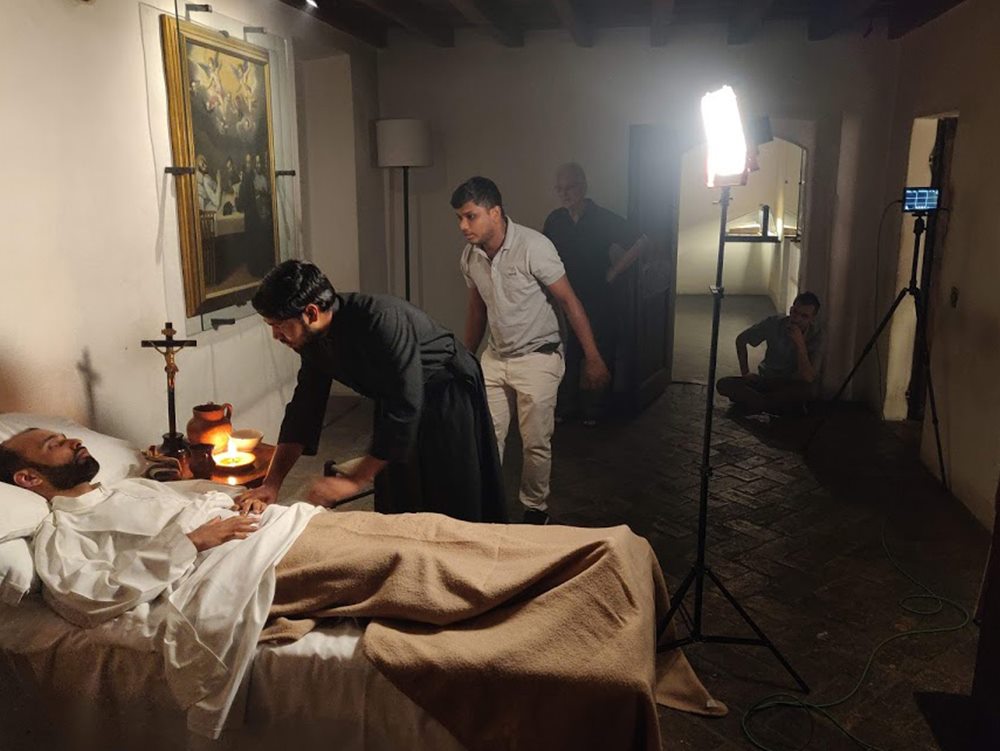 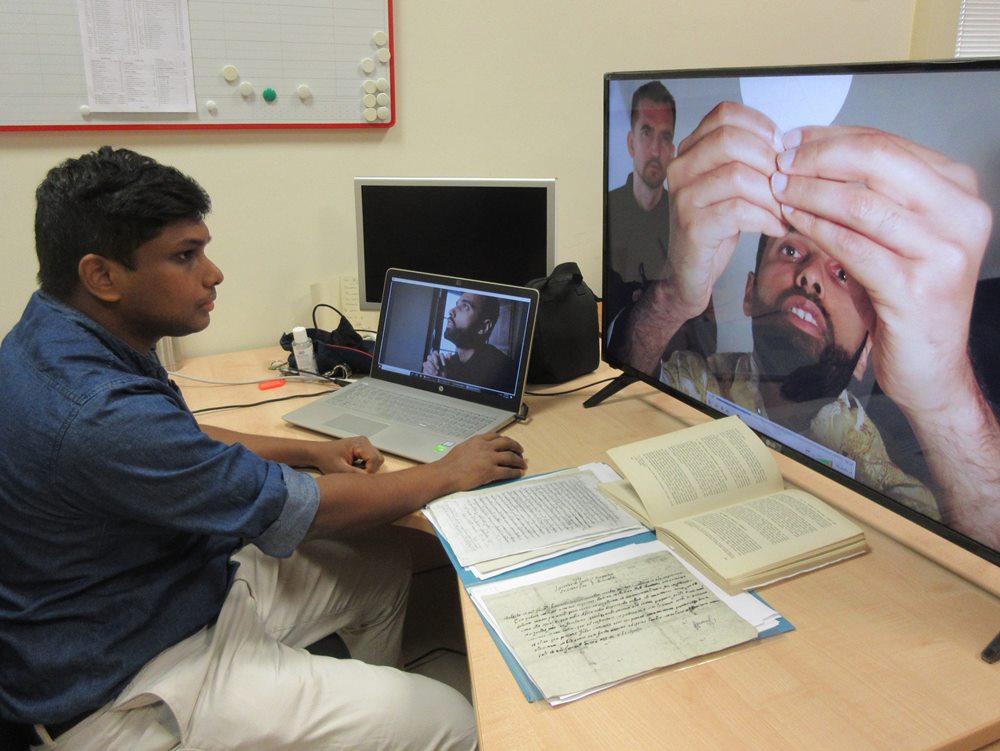 Chamika, why did you want to make this film about St. Ignatius?
I consider it a privilege to study theology in Rome; a privilege also to live with Jesuits from all over the world. At the Collegio del Gesù, we have the chance to live close to the “Camerette”, the rooms where St. Ignatius spent the latter part of his life. This gives us a sense of being close to Ignatius and his spirituality during this period of his life. The rooms are a common heritage of all Jesuits and, sadly, many would not get a chance to experience them as we do. I think it is our duty to share this experience. We thought that producing an audio-visual drama was a good way to do this in today’s culture and it might also fit in well with the Ignatian year.

Precisely, what is the subject of the video?
The title, A Limping Pilgrim; the Roman Sojourn, highlights our main ideas; “A Limping Pilgrim”, of course, refers directly to Ignatius who considered himself a pilgrim. He never saw himself as settled, having reached the end. He always had to discern in order to find God’s will. Of course, the fact that he had a lifelong limp, not only evokes his physical disability but also his psychological and spiritual limp. He experienced instability, which he was able to overcome by finding stability in his relationship with God. A holy man with a limp! He needed God to move forward on his journey. This could be our common call too, to balance human efforts along with the graces of God.

And why do you focus specifically on the last days of his life in Rome?
The “Roman sojourn” refers not only to his last days but to that last period of his life when, being close to God in a mystical relationship, he managed to occupy himself with the concrete government and advancement of the Society. For example, on the day before his death, when he knew finally that his time has come to meet his creator, amidst pain he was still discussing the need to purchase a piece of land for the Roman College. 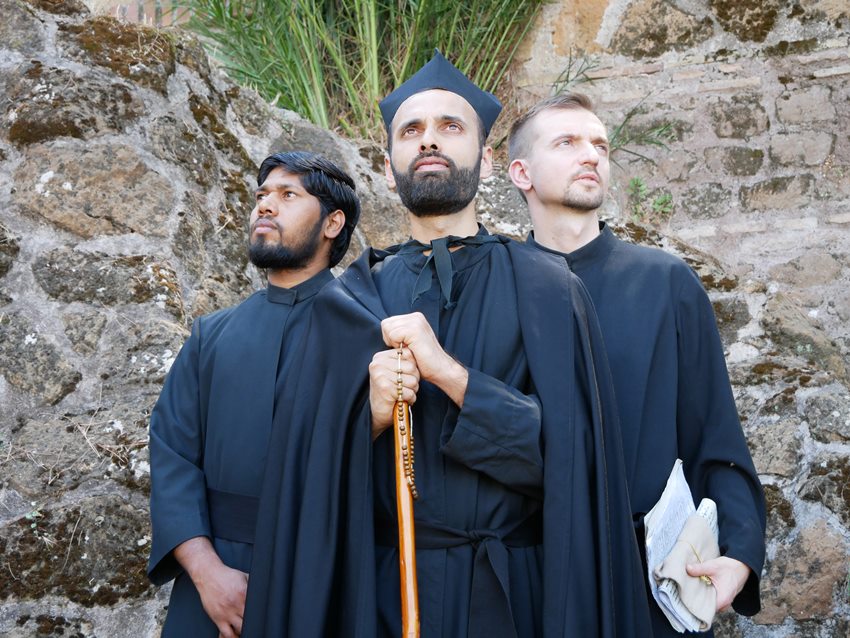 His departure from this world was unique in its simplicity. He did not seek to bring his companions together to offer them his last will, a message, a blessing. He died simply on his bed, without making it an “event”. This was the most touching moment for me in the video because it captures an insight into his life. Another facet of his spirituality that I find moving is his indifference-his freedom for the service of God which expresses the Principle and Foundation in the Exercises no 23, “We should not prefer health to sickness, riches to poverty, honor to dishonor, long life to a short life.” His death was just a transition guided by his creator, a movement of a pilgrim from one state of life to another. His goal was only to bring praise and reverence to God in all that he did, especially on his deathbed.

It is a short film, no more than 20 minutes in length. The shooting is completed. Work is being done to refine the script - the reflections of Ignatius that we hear in voice-over. Music and original songs will complete it. The English and Italian versions will be prepared in Rome. Chamika was so grateful to the Father Rector of the Gesù, Orlando Torres, for his encouragement from the beginning, his companions, professors, the staff of the Gesù and the communication unit of the Curia for their generous support and advice. Everything should be finished and ready before the beginning of the Ignatian Year, mid-2021.

In this fourth chapter, Father Sosa notes that, as throughout its history, the Church faces challenges to which it seeks to respond with serenity.