Fratelli tutti is shocking: it is powerful and vitalising. This is because the idea of universal brotherhood does not seem to have been very well received by the world lately, and not even among many Christians. Yet, it should be a pillar of our faith and a fundamental step towards a better future. Fratelli tuttiis an extraordinarily timely encyclical, in our society which is torn between international tensions and a pandemic crisis, between safeguarding the environment and the crisis in interpersonal communication. Even for a young person, like the writer, the call for fraternity that comes from the encyclical is very incisive.

Today we are undoubtedly living in an increasingly globalised world, which calls for an ever greater openness and proximity between different States and cultures. This is a trend in which the new generations can play an important role. Modern possibilities of travel and communication are a great opportunity for contact and enrichment, and they invite us to be connected and to participate in whatever is happening in every area of the world. Considering for example those who are most exposed to the suffering and risks of climate change, the development of objectives of solidarity and cooperation becomes a key challenge.

The international political scene shows how globalisation has, in many cases, brought us closer together without uniting us. Significantly, the Holy Father cited the Orthodox Patriarch Bartholomew and the Great Imam Ahmad Al-Tayyeb as inspiring figures for his encyclical, in the wake of the historic step in terms of interreligious dialogue, taken last year in Abu Dhabi. 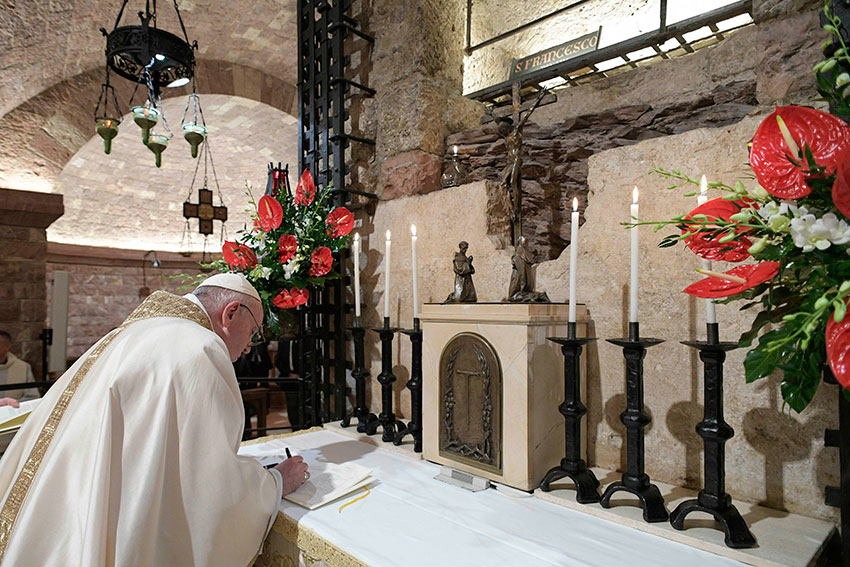 The Covid-19 pandemic can help us, as Pope Francis writes, to regain “the sense that we are a global community, all in the same boat”, and it is to be hoped that, instead of exacerbating the nationalistic dangers already manifested in recent years, on a European and global level, it can push us to relaunch “a universal aspiration to fraternity”.

From healthcare to the economy: the excluded people closest to us.

The second point that struck me concerns the attention to the excluded people in our local social context. Those who are excluded were recently highlighted by the pandemic emergency, because they were, for example, neglected in healthcare or lacking in economic protection. But also in general, the discarded are those who are, as Francis writes, “not yet useful”, the eliminated unborn, or those who are “no longer needed”, among the elderly. And then there are the poor, the disabled, and those considered inferior because of their ethnicity or gender. Without forgetting those who are the object of modern forms of slavery.

Much consideration has been given to effective economic rules for growth, but not so much to integral human development. This creates categories of excluded people with whom we all come into contact in our daily reality, whose dignity is in danger of being forgotten. “Some parts of our human family, it appears, can be readily sacrificed for the sake of others considered worthy of a carefree existence. Ultimately, “persons are no longer seen as a paramount value to be cared for and respected”. 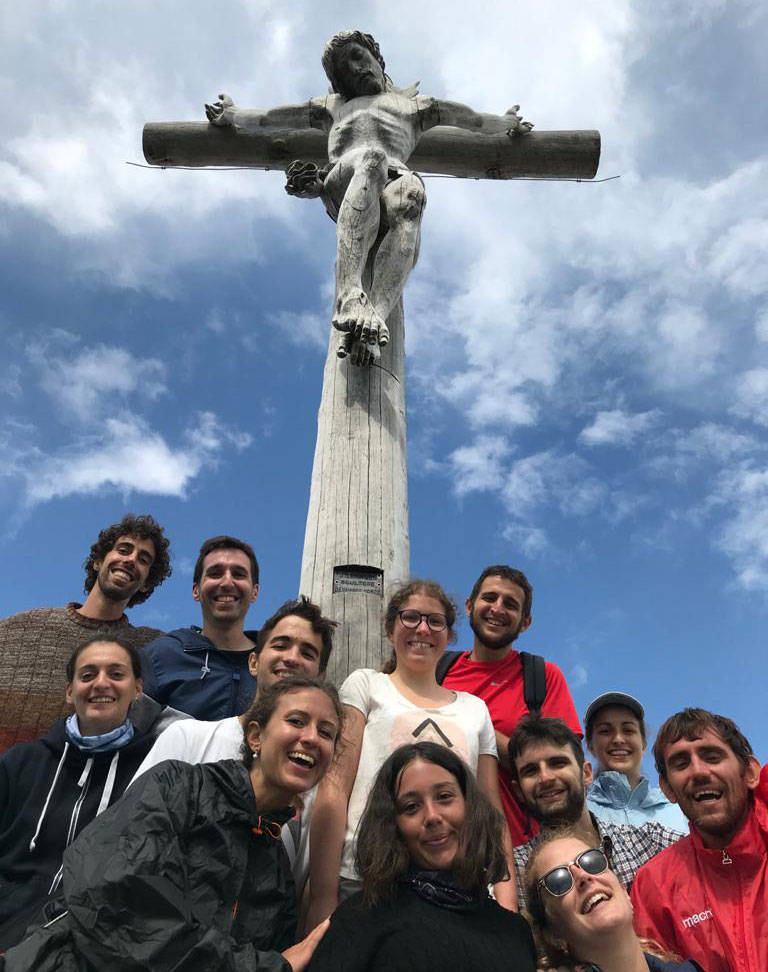 Digital frenzy and listening: communication is in danger.

The third point, however, is linked to a rediscovery of the neighbour as a gift through a new attention for communication. “... It is one thing to feel forced to live together, but something entirely different to value the richness and beauty of those seeds of common life that need to be sought out and cultivated”. The risks represented by excessive individualism and a worrying incapacity to communicate are considerable and widespread in our society. Today’s society is a very interconnected one, but one in which there is a risk, especially among young people, of losing important elements on the level of communication. “Digital media can expose people to the risk of addiction, isolation and a gradual loss of contact with concrete reality, blocking the development of authentic interpersonal relationships”. Digital conversations cannot replace those with physical proximity, and the frenzy often found in the former can take away space for reflection and listening. Multiplying conversations which stay at a horizontal level cannot help us to gain a deep dialogue. An authentic way of fraternity is only possible if we are willing to have real, and not superficial, encounters.

With reference to the crisis caused by the Covid19 pandemic, I read that “the storm has exposed our vulnerability and uncovered those false and superfluous certainties around which we constructed our daily schedules, our projects, our habits and priorities [...], revealing once more the ineluctable and blessed awareness that we are part of one another, that we are brothers and sisters of one another”. The pandemic crisis should not drive us away from each other; but, on the contrary, it could become an important push for the world’s aspiration to fraternity. I welcome this invitation that comes from the encyclical with joy: the invitation to build and hope for a world in which we, women and men together, can truly be ever more “fratelli tutti”.

Pope Francis
Share this Post:
In Solidarity with Fr. Stan Swamy, a 83 year old Jesuit arrested in India
To rekindle a “culture of Vocation Promotion”
Posted by Communications Office - Editor in Curia Generalizia

For educators – The Pope Video

We pray that educators may be credible witnesses, teaching fraternity rather than confrontation and helping the youngest and most vulnerable above all.