In Solidarity with Fr. Stan Swamy, a 83 year old Jesuit arrested in India

A Statement from the Social Justice and Ecology Secretariat (SJES), Society of Jesus

The Society of Jesus (Jesuits) working in more than 80 countries all over the world are deeply pained to know that yesterday (8 October 2020) evening the National Investigation Agency (NIA) arrested Fr. Stan Swamy SJ, an 83 year old Jesuit, belonging to Jamshedpur Jesuit Province, from his residence in Ranchi, Jharkhand - India. This morning, we are informed that he has been taken to Mumbai to be questioned in the Elgar Parishad event that preceded the violence between Dalits and Marathas at Bhima Koregaon near Pune on December 31, 2017. The NIA accuses him of personal links with the banned extremist groups of Maoists and Naxalites. Stan is the latest one among the 16 people arrested including well-known rights defenders Arun Ferreira and Sudha Bharadwaj, both lawyers, and Vernon Gonsalvez and Varavara Rao both writers.

Fr. Stan, a human rights defender has been in Bagaicha, a Jesuit-run Social Action Centre, for the past 15 years, primarily working with the Adivasis (Indigenous community), for the defense, propagation and protection of their rights as enshrined in the Constitution of India. Fr. Stan’s room was raided twice, once on Aug. 28, 2018 and again on June 12, 2019, and he was questioned for more than 15 hours over a span of 5 days in July - August 2020.

Stan professed his commitment to the Constitution of India and peaceful means of expressing dissent while questioning any form injustice done to the vulnerable adivasis by state and police. He always dared to speak truth to power and expose the large-scale abuse of power using anti-terror and sedition laws and land grabbing without due process of consultation as required. He also meticulously documented and published the untold sufferings of hundreds of Adivasi youth, who were falsely implicated and imprisoned for exercising their right to defend their resources.

Around 2.00 pm (India), Fr. Stan was given a charge sheet and taken to jail. He is charged under the Unlawful Activities (Prevention) Act, 1967, under which bail is denied to the accused. Two days before his arrest, Fr. Stan had recorded a video to be released in case arrest takes place.

We, as Jesuits involved in works of education, caring and defending the rights of the poor and the vulnerable all over the world, stand in solidarity with Stan and other human rights defenders in India and strongly condemn the arrest of Fr. Stan Swamy, demand immediate release and refrain from arbitrary arrests of innocent law abiding citizens. 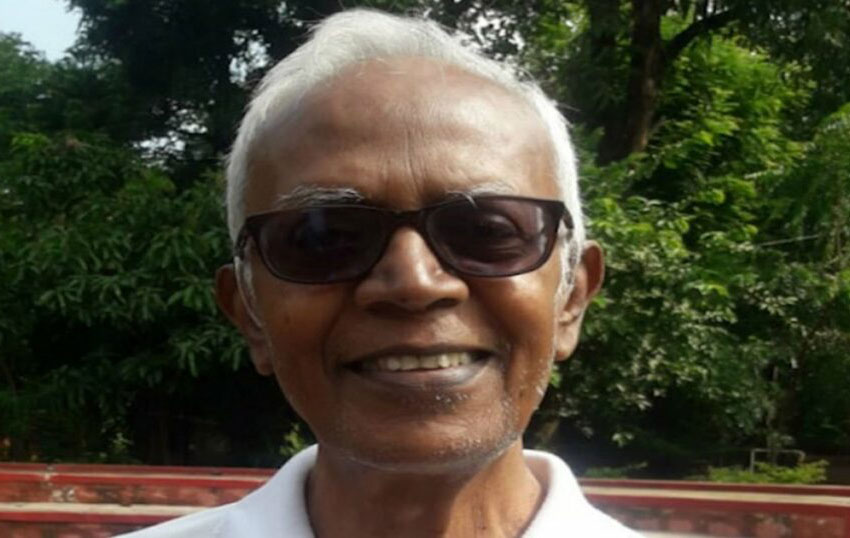 We are all aware how prominent intellectuals, lawyers writers, poets, activists, students, leaders, they are all put into jail because they have expressed their dissent or raised questions about the ruling powers of India.

We are part of the process. In a way I am happy to be part of this process.

I am not a silent spectator, but part of the game, and ready to pay the price whatever be it.

The Centre Arrupe Madagascar, leader in the protection of our Common Home

On the last day of his visit to the Province of Madagascar, Fr. Arturo Sosa, Superior General, spent some time at the Centre Arrupe Madagascar. He is familiar with the social centres of the Society of Jesus in Latin America and...

Congratulations to the winners of the “Four Dreams” film competition organized by the IAJU and the General Curia of the Society of Jesus! This time, the prize is related to the 2nd Universal Apostolic Preference, the choice to walk with the excluded.