On 3 June 2021, just two weeks after the official opening of the Jubilee Ignatian Year in Pamplona and all over the world (500th anniversary of the conversion of St Ignatius), the Russian State Museum of the History of Religion, in the heart of St. Petersburg, Russia, officially opened an exhibit titled, Ad maiorem Dei gloriam: For a solemn jubilee of the Jesuit Order, dedicated to the apostolic life and activities of the Society of Jesus past and present, from its glorious times in the Russian empire to the present humbler presence.

The exposition and accompanying catalog present a rich assortment of church artifacts, lithograph prints, photographs and video installations which have been in the stores of the Museum since Soviet times, when the Museum was named the State Museum of Atheism and Religion.

Of particular interest are numerous books and prints which belonged to the Jesuit Colleges in Polotsk, Vilnius and other cities of the Russian Empire during the time of the Suppression of the Society until the expulsion of the Jesuits in 1815. In juxtaposition visitors see and experience over 200 color images presented as prints and through digital displays illustrating the present activities of the Society in Russia as the “Independent Region of the Society of Jesus”.

Contemporary Jesuits are given a special highlight: Pope Francis, Cardinal Sigitas Tamkevičius, SJ, of Lithuania who spent many years in Siberia as a political prisoner; Bishop Joseph Werth, SJ, one of the first three bishops ordained in 1991 with the return of Church structures in the then Soviet Union; and the late Miguel Arranz, SJ, who is well known in Russia for his writings and collaboration with the Leningrad Orthodox Academy during Soviet times as a world-renown scholar of Eastern-rite liturgy. 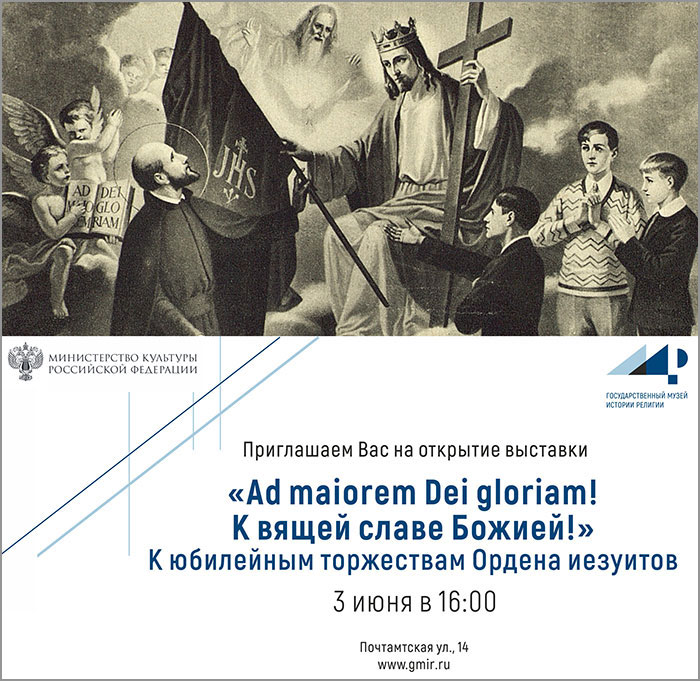 JCEP
Share this Post:
A postage stamp for the Ignatian Year? Yes, indeed!
The Jesuits and the devotion to the Heart of Jesus
Posted by Communications Office - Editor in Curia Generalizia