Father General’s mother passes away – united with him in prayer

Margarita Abascal, mother of Fr Arturo Sosa, Superior General of the Society of Jesus, passed away on Saturday, 30 October 2021, in Caracas, Venezuela.

All Jesuits and members of the wider Ignatian family join in offering Fr Sosa their deepest condolences and assuring him of their prayers for his mother and family.

Margarita Abascal was born in Caracas in 1924 and spent her entire life there. She married Arturo Sosa (snr) in 1947 who passed away in 1996. Father General's mother was in good health for her age until a few weeks ago. Her condition deteriorated rapidly in recent times and she died of natural causes due to her advanced age.

When he learned of his mother's death, Father General was in Marseilles preparing to participate in the large gathering of the Ignatian Family of the French-speaking Western European Province. The Secretary of the Society of Jesus, Fr Antoine Kerhuel, will read the message that Father General was to address to the participants before the All Saints Mass on Monday 1 November. 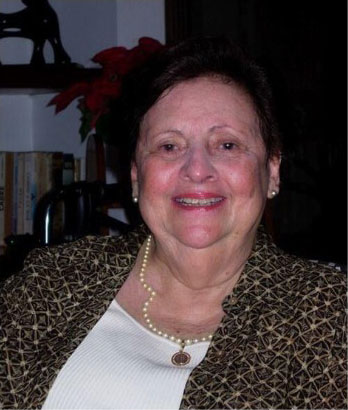 Father General
Share this Post:
“Rowing into the deep, with Ignatius”: the Ignatian family in Marseilles
Father General addresses all Jesuit brothers
Posted by Communications Office - Editor in Curia Generalizia