At a time when there is much talk of Russia and also of the relations between the Church of Rome and that of Moscow, we do well to review some of the history of Jesuit involvement in Russia 100 years ago. The Jesuit Edmund A. Walsh, his companions Joseph Farrell and Louis J. Gallagher, and missionaries from other congregations showed great courage, generosity, and open-mindedness in the special mission entrusted to them by the Holy See. The researcher and historian Maria Chiara Dommarco has published a monograph on this topic, based on most of the documents available, especially those of the ARSI (Archivum Romanum Societatis Iesu).

1922-2022: the centenary of the pontifical rescue mission in Russia

“This life should not be considered the normal life of a missionary; it is an exceptional task of a dangerous nature”. That is how Edmund A. Walsh SJ, director of the pontifical relief mission in Russia from 1922 to 1924, described the daily life of the members of the expedition. On March 12, 1922, Cardinal Gasparri and Vaclav Vorovskij, the plenipotentiary of the Bolshevik government, signed an agreement that would allow twelve Catholic religious to travel to the territories being ruled by the Leninist government in order to provide relief to the Russian population. The aftermath of the 1917 Bolshevik revolution and the subsequent civil war resulted in serious epidemics and a severe famine in the summer of 1921, thus threatening the implosion of the newborn Soviet state.

Out of genuine solicitude, Pius XI decided to carry out what Benedict XV had previously proposed: a rescue mission sponsored by the Holy See and financed by anyone, in any part of the Earth, who felt concerned about the tragedy that was unfolding. Thus it was that in the summer of 1922 the delegation reached Russia, where its mission unfolded at designated points: Moscow, Krasnodar, Yevpatoria, Džankoj , Rostov and Orenburg. As had been agreed with the Soviet government, the expedition was of a humanitarian, not a religous, nature, but it had manifold implications on both a human and a diplomatic level. 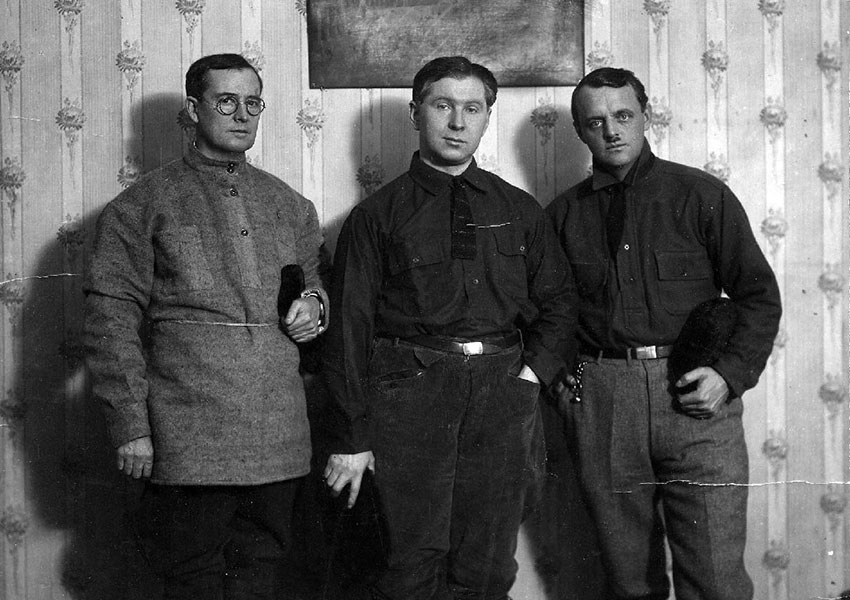 Integrating the perspectives and visions of both Moscow and Rome, the publication Un compito eccezionale e rischioso [An Exceptional and Risky Task] traces the human paths of the protagonists of the rescue operations. The mission’s work was not always perfectly effective and free of error, but it was admirable for its dedication and gratuitousness. During the two years of the mission, the envoys of Pius XI not only provided food and medicine for thousands of needy persons, but they also helped to search for the persons who went missing as a result of the First World War, the civil war in Russia after the Bolshevik revolution, and the subsequent persecutions of Catholics and Orthodox. In pursuing this task, the envoys made no distinctions on the basis of the confessional or political affiliation of those with whom they met.

Indeed, for many of them the stay in Russia was an opportunity to discover the beauty of the oriental church as they met with the Orthodox and Catholic communities of the Byzantine rite. They were able to establish relationships with the clergy and local faithful based on reciprocal affection and esteem. Furthermore, thanks to the envoys’ on-the-spot presence, the Holy See received first-hand information about the state of religious persecutions and, in particular, the trial of the Catholic clergy in 1923. During his stay Edmund Walsh was able to demonstrate the pope’s concern for the many believers who were suffering, such as Archbishop Cieplak, who was imprisoned in Moscow. The mission was an example of an ecumenism of charity ante litteram, a clear example of how external conditions, as tragic as they may be, still make it possible to extend gestures of friendship to persons encountered, even if only once in a lifetime.

The acute phase of the emergency passed, but misery was still widespread, and the social and economic problems were far from resolved. The mission was finally canceled by the Leninist government, which required all foreign relief expeditions to leave Soviet soil. The Holy See had hoped to start a permanent mission in the form of vocational training schools or similar institutes, which would have allowed numerous young people to find gainful employment, but that was not to be. At the same time, as L’Osservatore Romano reported on June 28, 1923, Pius XI stated clearly that the cessation of the aid activities of the papal envoys.was not a reaction to the persecution of Catholics but simply the result to the Soviet government’s decision.

Reconstructing these events of the pontifical mission in Russia sheds light on an otherwise little-known page of history. This is a centenary worth remembering because it shows us that hatred and violence are never the only options available: dialogue and charity are always viable paths, and history shows us that they are necessary if we want to live in peace.