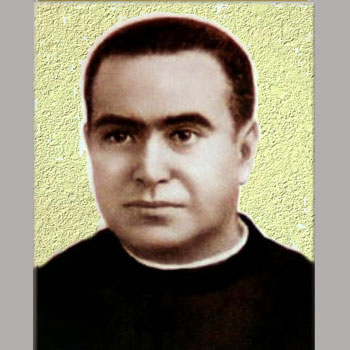 Darío Hernández (1880-1936) was one of the 11 Jesuits who were martyred in Gandía and Valencia, Spain between August 19 and December 29, 1936 at the start of the Spanish Civil War. They had not been living together in community since the Society had been suppressed in Spain four years earlier. Their apostolic work had been greatly restricted, but it did not end until the civil war broke out.

Father Hernández studied both philosophy and theology at Tortosa and was ordained a priest in 1912. He taught rhetoric at the Jesuit college in Saragossa and worked in parishes in Valencia and Barcelona. He was named rector of the most important Jesuit house in Valencia in 1928. When the war started, he was able to get about the city using false identification. He changed his residence frequently, but he was finally arrested in mid-September and executed at the end of the month.