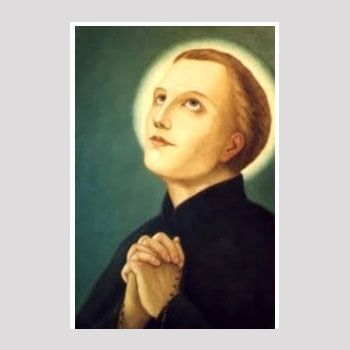 René Goupil (1608-1642) was a physician and surgeon who left the Jesuit novitiate because of ill health but was accepted back into the Society of Jesus just before he was martyred in Canada. A native of Angers, France, Goupil continued to want to serve God even after he could not pursue a vocation as a Jesuit, so he studied surgery and found his way to Canada, where he his services as a layman to the Jesuit missionaries. He attached himself to the Jesuit mission in Quebec, and then in July 1642, he received permission to accompany Isaac Jogues back to the mission at Huronia, which is today upper New York. The canoe party was ambushed and captured by the Iroquois. During his captivity Goupil was tortured and beaten; his end came when an elder objected to his making the sign of the cross over a child. A tomahawk blow ended his short life. The first of the eight North American Martyrs to be killed, he was 35 years old when he died. He is now considered the patron saint of physician anesthetists.