The university: a space of freedom

On September 23, 1669 the Jesuit Academy of the Royal Free City of Zagreb was established by a decree of Holy Roman Emperor Leopold the First. Run by Jesuits from its founding until the suppression of the Society in 1773, the university was to become the largest in Croatia, with more than 70,000 students, and the longest continuously-running institution of higher education in southeast Europe. Today the University of Zagreb offers 182 undergraduate or integrated undergraduate programs, 9 vocational and 174 graduate schools, 72 doctoral programs and 165 post-grad tracks. 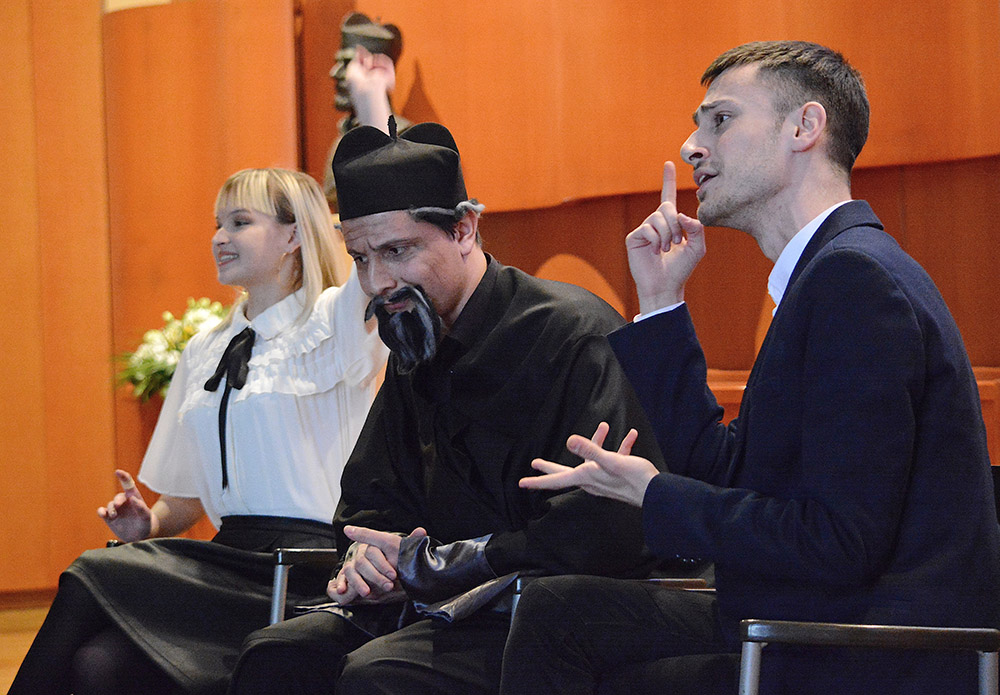 On March 21, as part of the celebration, a group of students performed a theatrical presentation named, “The Founding Father” that narrated the history of the institution through the eyes of Fr. Filip Kauśič (1618-1673), the first rectory of the Jesuit Academy. The play was to set the tone of Fr. General’s participation in the anniversary.

Speaking to the academic community, Father General first acknowledged the rich history of the University then challenged them to see their work as not only education, but a mission of presence:

“This event is particularly significant in our time, which is marked by the tension between secularism and religious and ideological fundamentalisms. In this moment, the Catholic Presence in the university takes on a new meaning. By its very nature, the University is a pluralistic space wherein we find the conditions for dialogue and understanding of historical, personal and intellectual processes. It is a privileged space for exercising human freedom. It is a space of cooperation and exchange that does not exclude anyone and, at the same time crosses all barriers.” 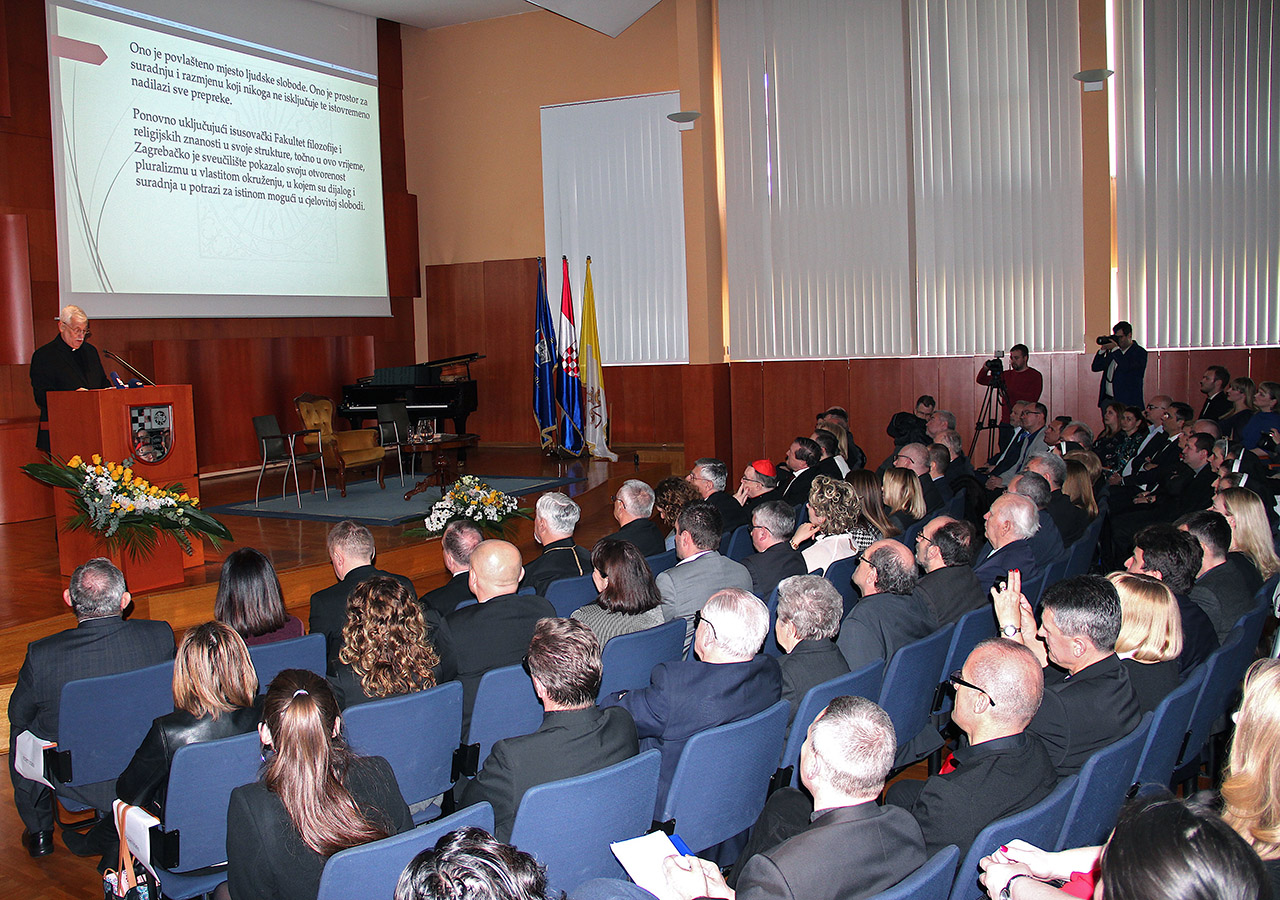 The General then recalled that the Society’s secular academic traditions were designed to adapt to social transformations, and therefore the rich history of the University of Zagreb suggests that such adaptation is built into its very foundation. Fr. Sosa suggested that the presence of the Society of Jesus in a university within a secular environment can encourage research that is true to the principles of academia while also acknowledges the urgent calls of the present and future. These calls, according to Fr. General, include the scandals of growing inequalities that generate violence, forced migration, discrimination, authoritarianism and populism, as well as the lack of care for our common home. Fr. Sosa ended his address with a call to work with the Society to find ways to bring hope to future generations.

You can read the part of Father Sosa’s speech entitled: "Why do we Jesuits want to participate in university life?"

Watch the testimony of Professor Daniel Miščin, the author of the play about the Jesuit Filip Kauśič founder of the University of Zagreb in 1669.

See the photo album illustrating Fr. General’s visit to the Faculty of Philosophy and Religious Studies at the University of Zagreb.

Share this Post:
Journey to the Jesuit Province of Croatia
Why do we Jesuits want to participate in university life?
Posted by Communications Office - Editor in Curia Generalizia