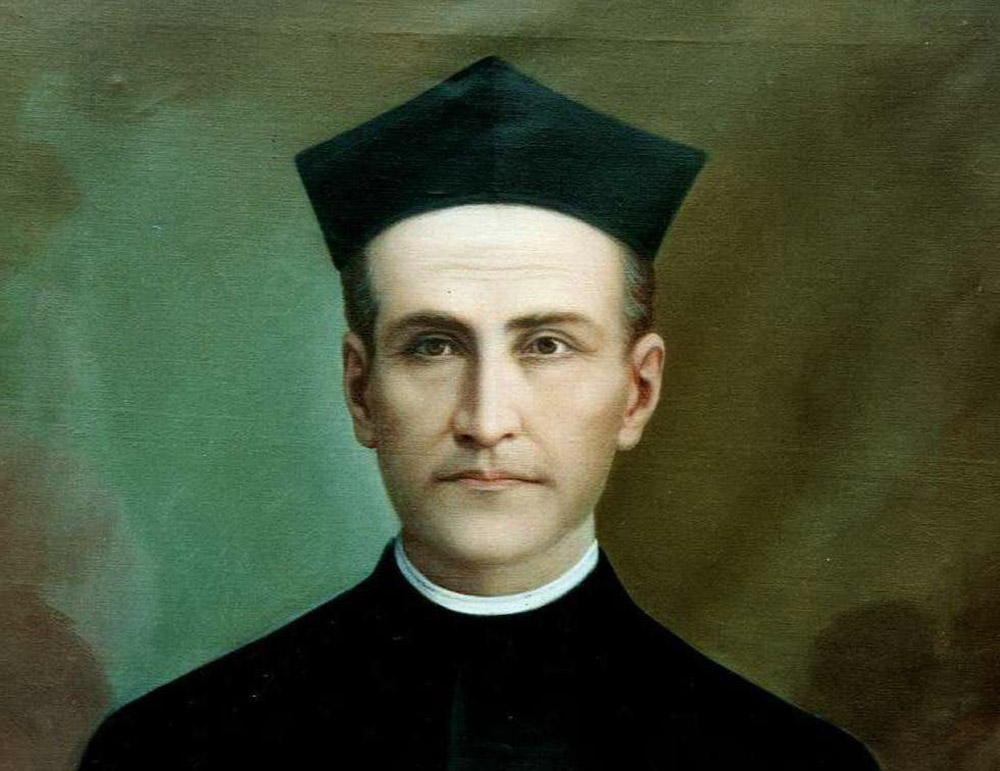 On Saturday, 16 November 2019, at the Olympic Stadium in Riobamba (Ecuador), Fr. Emilio Moscoso, Jesuit, will be beatified. His Eminence Cardinal Angelo Becciu, Prefect of the Congregation for the Causes of the Saints, will preside over the celebration.

Father Moscoso died a martyr, murdered at the age of 51 on May 4, 1897, during the highly anticlerical Liberal Revolution that shook his country at that time. He was born in Cuenca (Ecuador) on 21 August 1846 in the midst of a large and happy family. At the suggestion of his parents, he first studied law at the University of Cuenca. But he soon felt the call to religious life in the Society of Jesus. In fact, because of the persecution against Catholics, the Jesuit novitiate had been transferred to Cuenca. It was in his hometown that Emilio began his life as a companion of Jesus.

After completing the stages of formation and being ordained a priest in 1877, he completed his studies in Poyanne, France, and Manresa, Spain. After three years of service in a school in Peru, he returned to Ecuador, first to Colegio San Luis (Quito), then to Colegio San Felipe Neri (Riobamba). He was appointed Rector of the College in 1892. It was then that, in a context of strong hostility on the part of a government that wanted, it claimed, to put an end to the theocracy, the college was attacked by the army. On May 2, in fact, soldiers had arrested Fr. Moscoso: they were trying to strike hard by attacking the rector. But the protest of the people, who appreciated the Jesuits’ presence in the city, led to his liberation the next day. The military did not deem themselves defeated. On May 4, they entered the Jesuit school in force and, after having committed sacrilegious acts in the chapel, found Father Moscoso praying in his room. They murdered him in cold blood. The colonel in charge of the operation dragged him to the street on his own. He wanted to continue disfiguring him, but he stopped because of the negative reaction to his attempt among the other soldiers and because of the protests of the population, who had already started to mobilize.

In 1947, fifty years after the tragic events of Emilio Moscoso’s murder in Riobamba, the Diocesan Church and the Society of Jesus restored the chapel of San Felipe College. They placed the remains of Fr. Moscoso in the sacristy, thus promoting the cult that had been growing over the years around this holy man who had shed his blood as a testimony to his faith.

Fr. Pascual Cebollada, postulator of the cause of Fr. Moscoso - and Postulator General of the Society of Jesus - will be present in Riobamba on 16 November for the beatification ceremony. He has confirmed that, in the liturgical calendar of the Society of Jesus, Emilio Moscoso’ feast will be celebrated on 23 November, at the same time as that of the Mexican Jesuit martyr Miguel Pro.

The Province of Ecuador has made a short video on the life and martyrdom of Fr. Moscoso. Click here to watch it (in Spanish).

Read the letter from Father General.

Share this Post:
Father General in Paraguay – Meeting with the Ignatian Youth
Advent: an opportunity to pray with the Preferences
Posted by Communications Office - Editor in Curia Generalizia