The JRS mission for reconciliation in the Central African Republic

Reconciliation is a central focus in the strategic framework of the Jesuit Refugee Service (JRS). This apostolic priority is visible in the Central African Republic (CAR), a country devastated by multiple years of civil war and extreme poverty. During his historic visit to the CAR in November of 2015, Pope Francis urged for the country to work towards peace and reconciliation. JRS has responded actively to this call by developing peace-oriented education programs in the areas where they have a presence: in the southern region of Lobaye, in Bangui, the capital, and in the central region of Bambari. They provide a diverse number of programs: the social cohesion of internally displaced persons and host communities, the peaceful coexistence among the different socioreligious communities, the formation of leaders for the prevention and peaceful resolution of conflicts, psychosocial support and professional formation for demobilized child soldiers.

In Lobaye, the coexistence of the different communities has been crippled by high tensions among the Christian host families, the displaced Central African population (the majority of which are Muslim returning home), and Congolese refugees. The wounds of the past remain open, such as the distrust and hate between the Muslim and Christian communities. For this reason, the reconciliation workshops place a great importance on the need to forgive, on identifying and recognizing harmful prejudice that prohibits coexistence. They also focus on the importance of tolerance and accepting and respecting others, looking beyond religious differences. 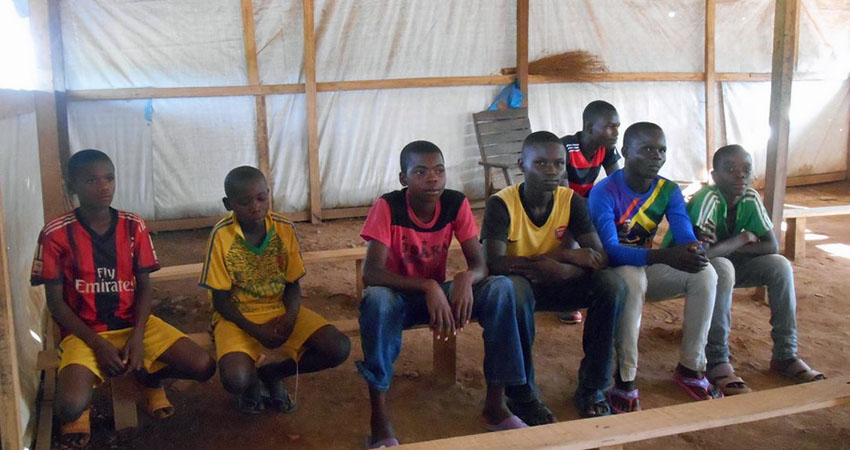 In Bangui, JRS takes action in the more volatile neighborhoods (Fatima, Boeing) where the conflict between Muslims and Christians has resulted in numerous deaths, along with the destruction of many communities. In their work, past executioners and victims, Christians and Muslims, together reflect on the causes and consequences of the destructive conflict that turns them against one another. The main focus of these formation workshops is to create advocates for peace, people who understand the beliefs of the other religions, who actively participate in the fight against violence and discrimination between Christians and Muslims and against other forms of conflict for long-lasting peace.

In Bambari, the center of the Central African Republic, the division between the different communities is extreme and runs very deep. This is continually being exacerbated by attacks of armed groups, both Islamic and Christian. One of the crucial aspects of their mission is the support and formation of former child soldiers who have been demobilized. In the CAR there are about 12 500 child soldiers, both boys and girls, who are forcefully recruited into rebel groups. In most cases, they are drugged, abused, and forced to commit crimes, even upon their own families and towns with the purpose of linking them irreversibly to the rebel group. Thanks to the psychosocial support, JRS helps demobilized child soldiers come to terms with their actions by working with them through their trauma. They help integrate them into schools or teach them a trade, to read and write and to learn activities that could generate income. There are several steps to the road to healing, including reestablishing their self-esteem and confidence, despite the violence that they committed against others. It also requires learning to control violent behavior so they may have a healthy social reintegration into school or learning of a trade with the objective of a return to a normal social life. 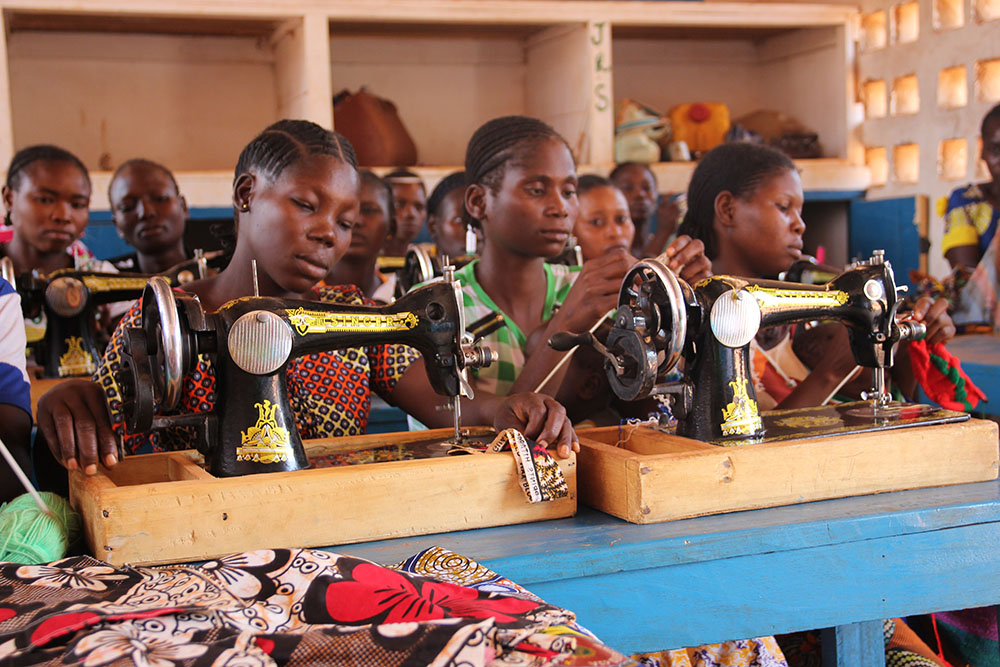 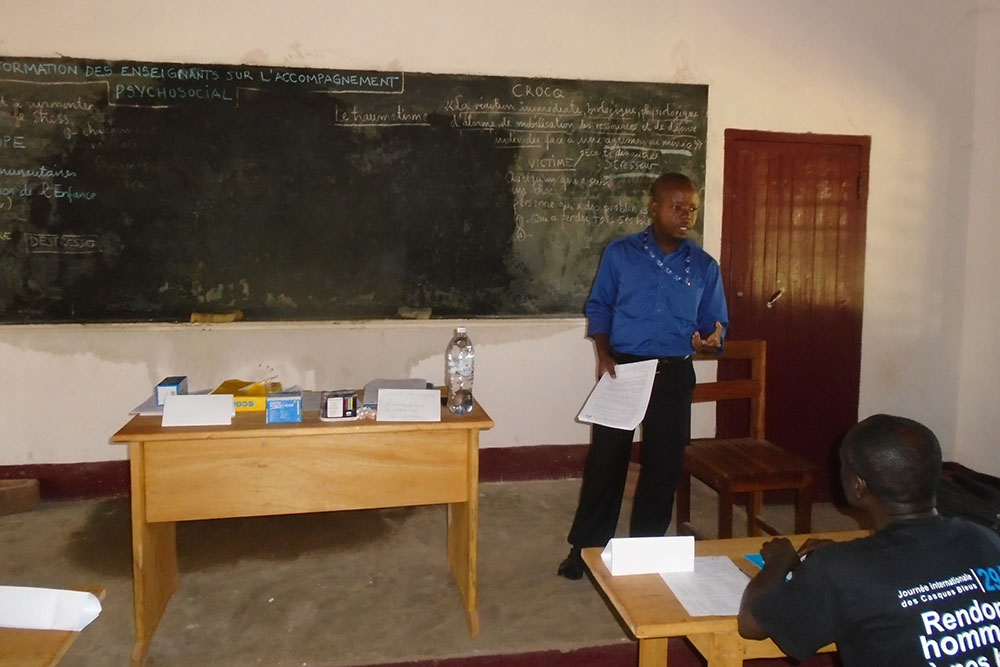 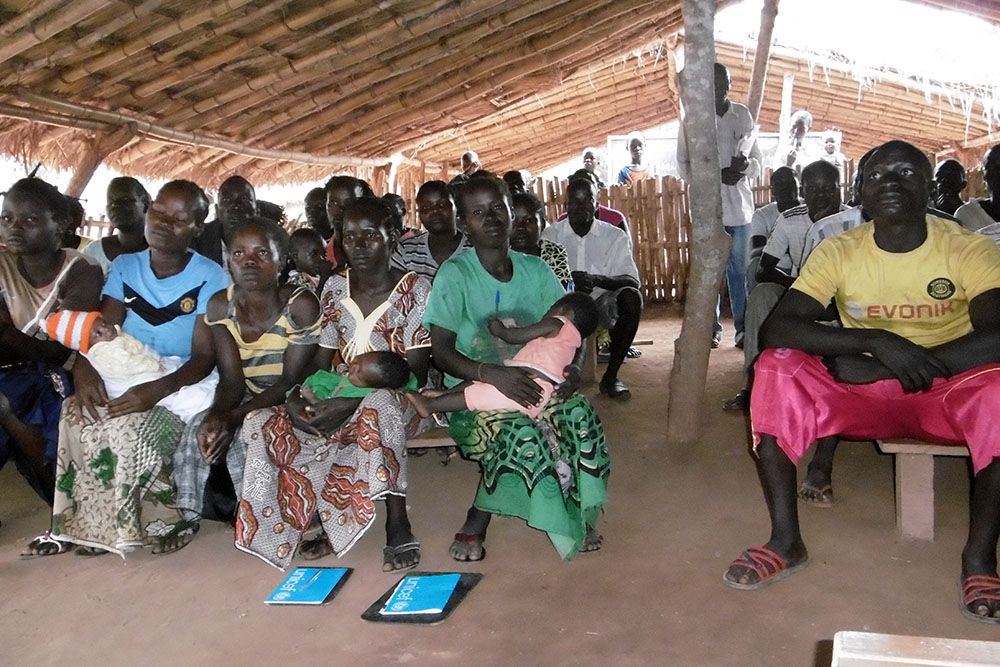 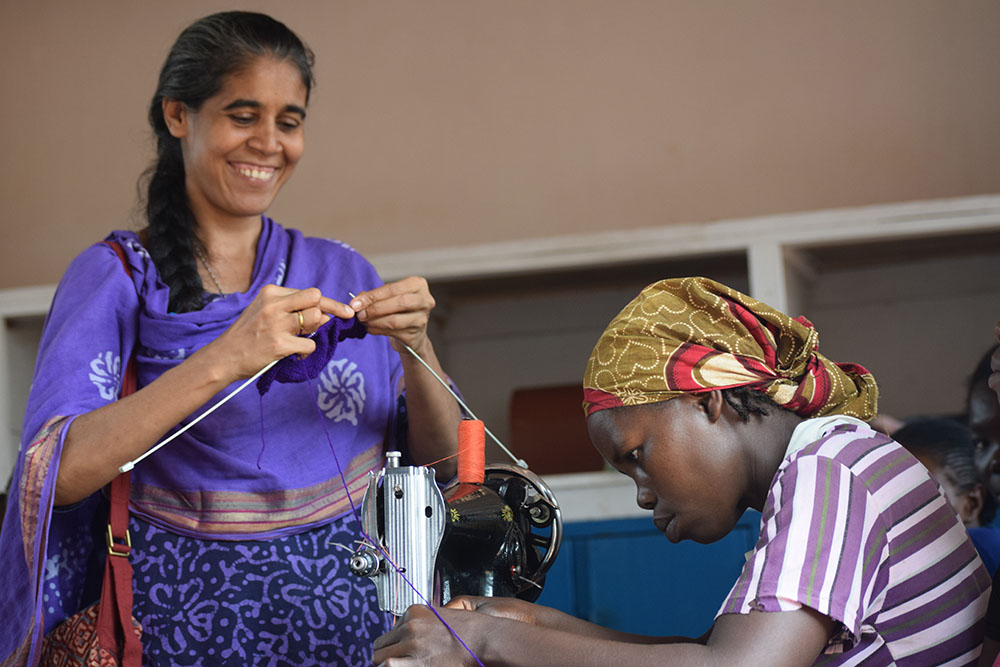 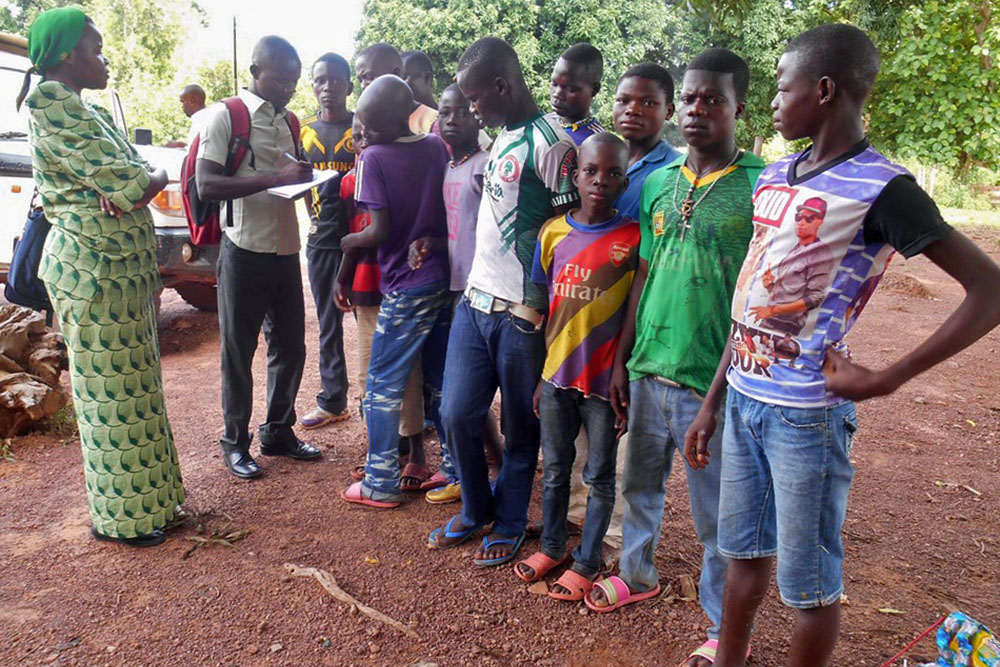 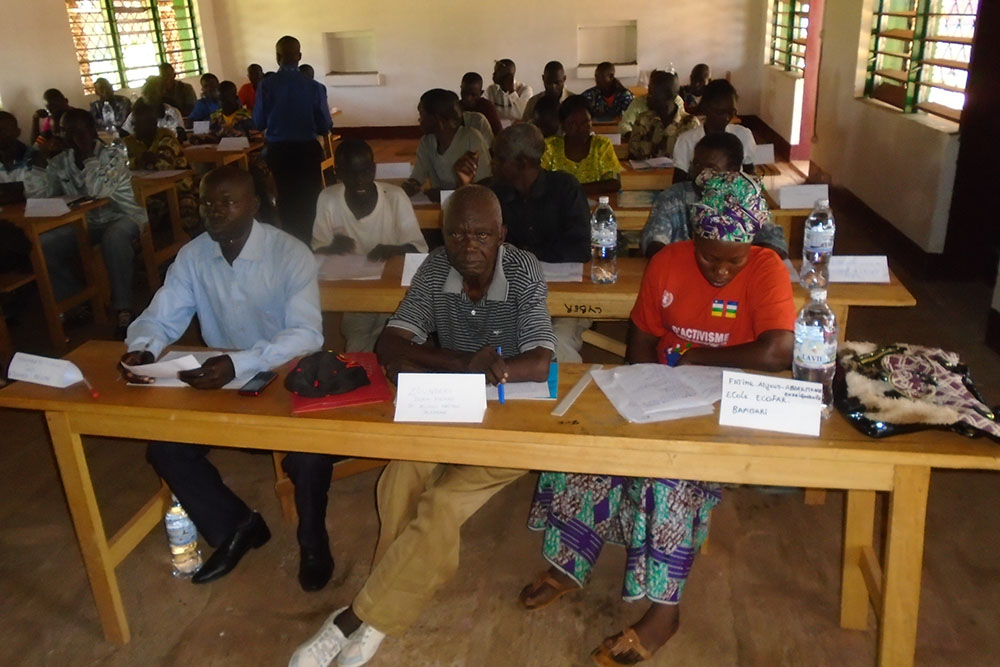 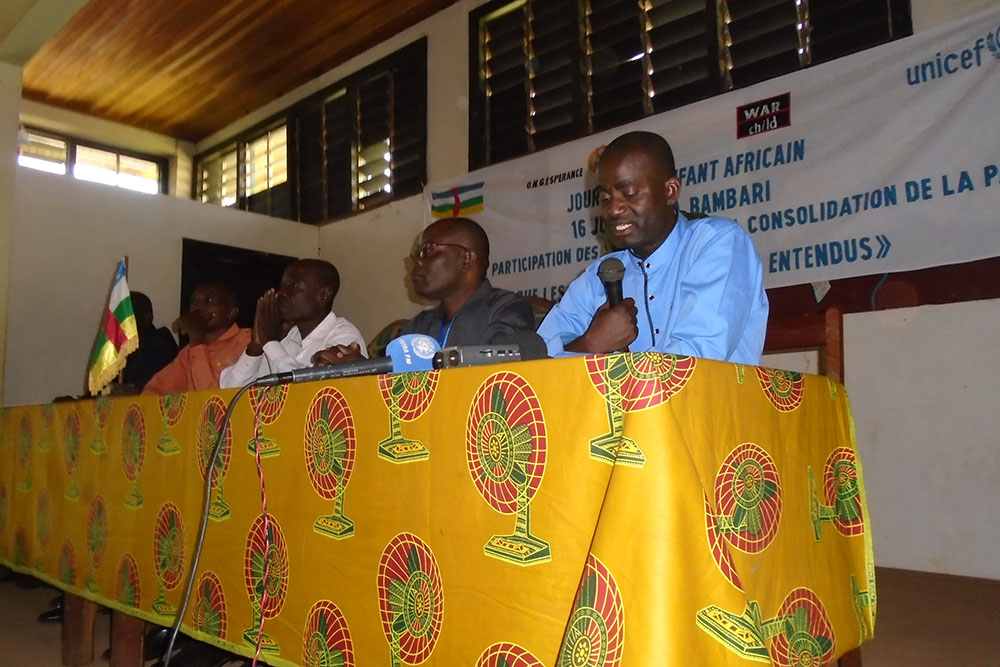 The testimony of Grace is moving. She was a demobilized child soldier who benefited from the psychosocial support and learned to sew. “I was 13 years old when the war began. They killed my father and my mother right in front of me. So, I decided to join one of the armed groups of the Anti-Balaka to avenge my parents. One day, I arrived in Bambari together with my armed group. I heard about a JRS awareness conference for child soldiers, and I decided to go and see. There they offered us a new life and that made me think. I became a little less angry and decided to stop fighting and learn a trade. With this formation I have been able to forgive and to start on a better path. If I had stayed in the armed group I would not have survived or learned a trade. I know now that I am on a good path.”

Grace’s testimony, like other stirring testimonies, is the essential reason why JRS continues its mission in the CAR, despite intimidation and violence. We firmly believe that God is moving the heart of this country. Our mission consists of working together arduously for reconciliation and justice, by accompanying with Christ in faith and hope the vulnerable people whose dignity has been broken and wounded.

[Article from "Jesuits - The Society of Jesus in the world - 2020", by Eric Goeh-Akue SJ, Paul Marie Bouda SJ and Laura Lora Ballesta]

A Call for Social Justice in the Digital Economy

A visit to the future

In Africa, a new Province and its future Provincial

Silveira House: A flagship of social justice work in Zimbabwe

The sacrament of reconciliation – The Pope Video