“I think the hallmark of the Academy is its affinity for redemption stories, and I am one such redemption story.” This reflection by Cameron, a 2001 graduate of Saint Ignatius Loyola Academy in Baltimore, Maryland, recalls the transformative education he experienced as a student over 18 years ago.

Baltimore, like most large U.S. cities, lacks consistent quality education. Inequality and its resulting disparity are noticeable from one neighborhood to the next, as it defines the educational opportunity and future economic mobility for children in cities. This injustice is born from decades-long racial and economic discriminatory practices in housing, education, transportation,and public policies. The poor and marginalized carry the burden of these injustices, and in Baltimore, that falls overwhelmingly to young African-American males who live in a city plagued by gun violence, high crime, troubling incarceration rates, high unemployment, and little opportunity to break free from the generational cycle of poverty. Founded in 1993, Saint Ignatius Loyola Academy, a middle school serving boys ages 10-14, began to interrupt that cycle. In the Jesuit Nativity School tradition, the Academy charges no tuition and provides an 11-month school year with longer days, starting at 7:30 a.m. and ending at 5:00 p.m. 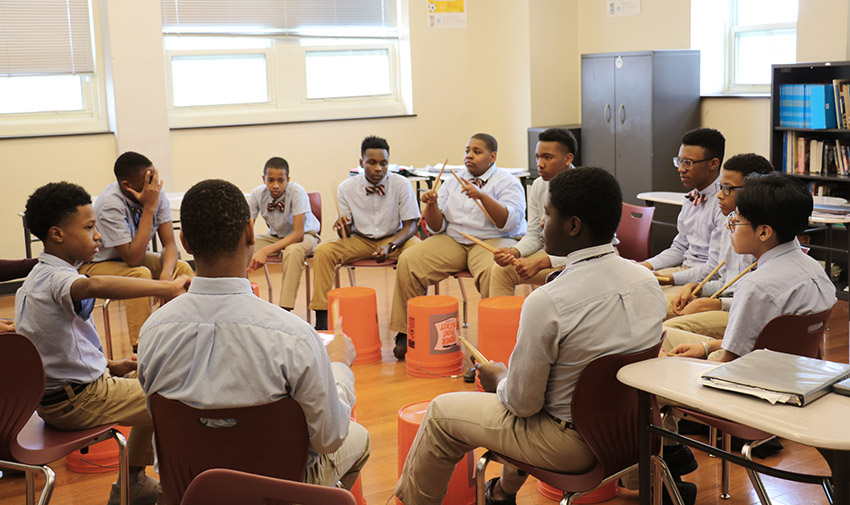 Completing a high school education, the most basic education level for work and continued studies, is not within reach for many African-American males. When the Academy was founded, less than half the males in Baltimore achieved a high school diploma. Over Saint Ignatius’s 25-year history, 98 % of Academy students have graduated from high school, and 88 % have continued their education at the university or other professional training level. The Academy’s successful program relies on small class sizes of no more than 15 students, a caring, mission-driven faculty, and a rigorous curriculum that provides a transformative educational experience for both young men and their families. The Academy prepares its students to attend excellent high schools near Baltimore and boarding schools on the East Coast that lead to university enrollment and to jobs that provide economic security. Some continue their education at Jesuit high schools and universities.

Prior to attending the Academy, students and families involved with the state education system become far too familiar with schools that do not accompany them through their growth and development and whose administrators and teachers are quick to judge their backgrounds and futures. These schools often interact with them in ways that send a clear message that they are considered inferior, and the system itself has little expectations they can and will succeed. As students begin their time at the Academy, families often experience a reconciliation, a consciousness of being embraced by an institution that views them fully and provides an environment with experiences similar to what they see occurring at schools attended by children from more prosperous neighborhoods. One mother noted of the Academy’s principal, “She is the first principal who has not judged me.” While their children attend the Academy, some parents make a decision to return to school themselves to pursue more formal education. The Academy is a school, but as Pope Francis reminds us, we are also called to be like a “field hospital” in the service of healing the wounds of an imperfect society. 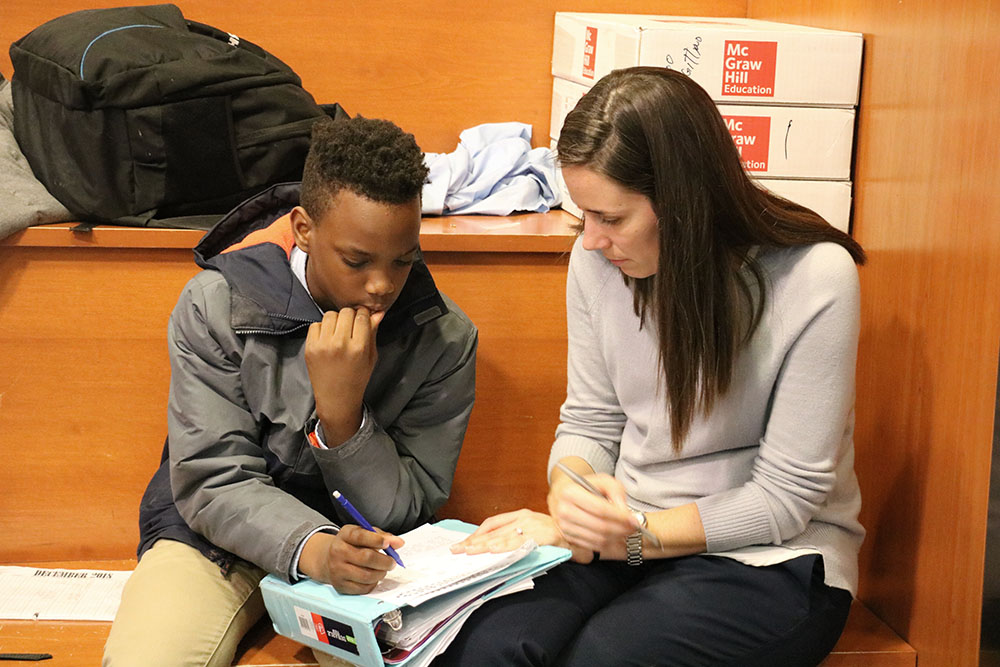 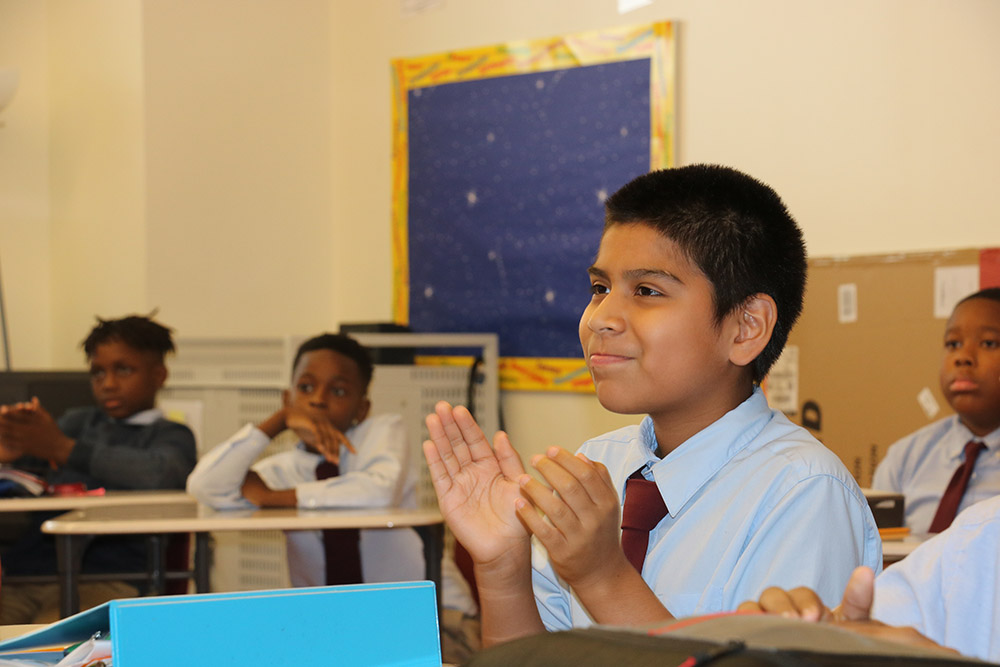 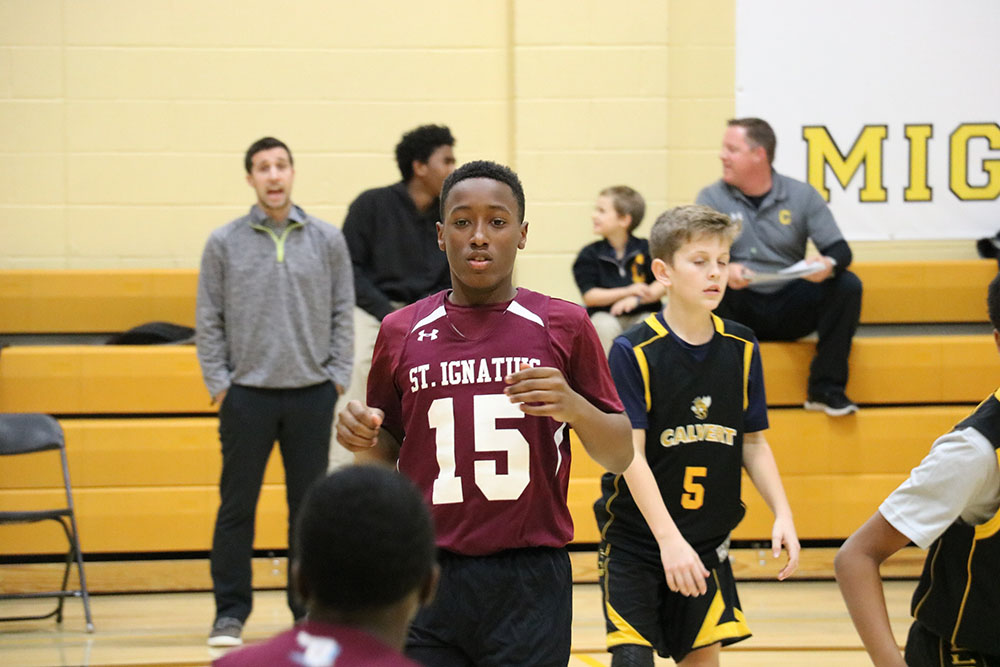 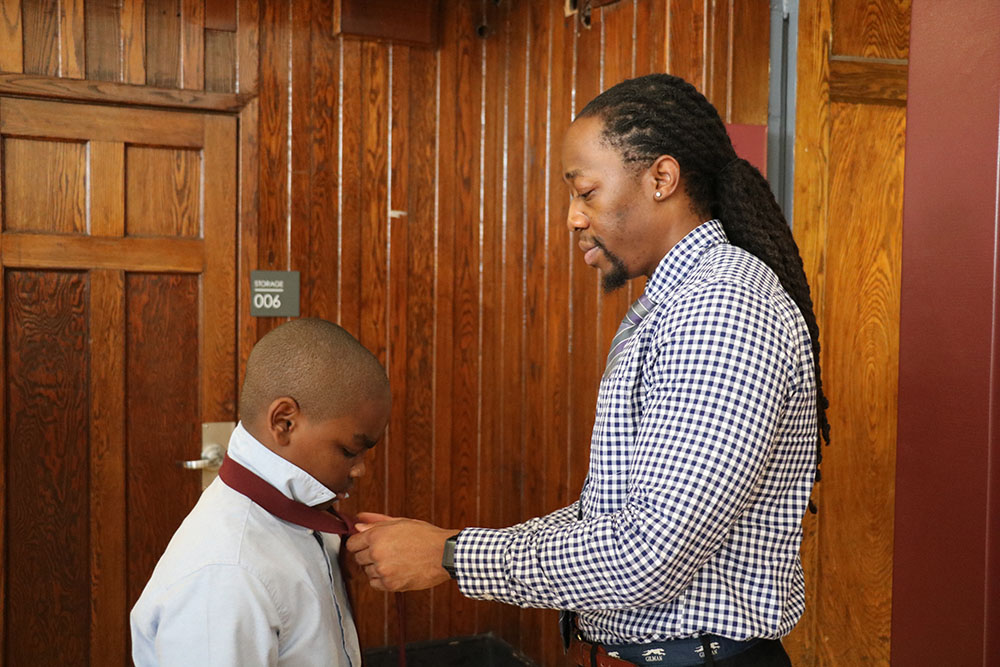 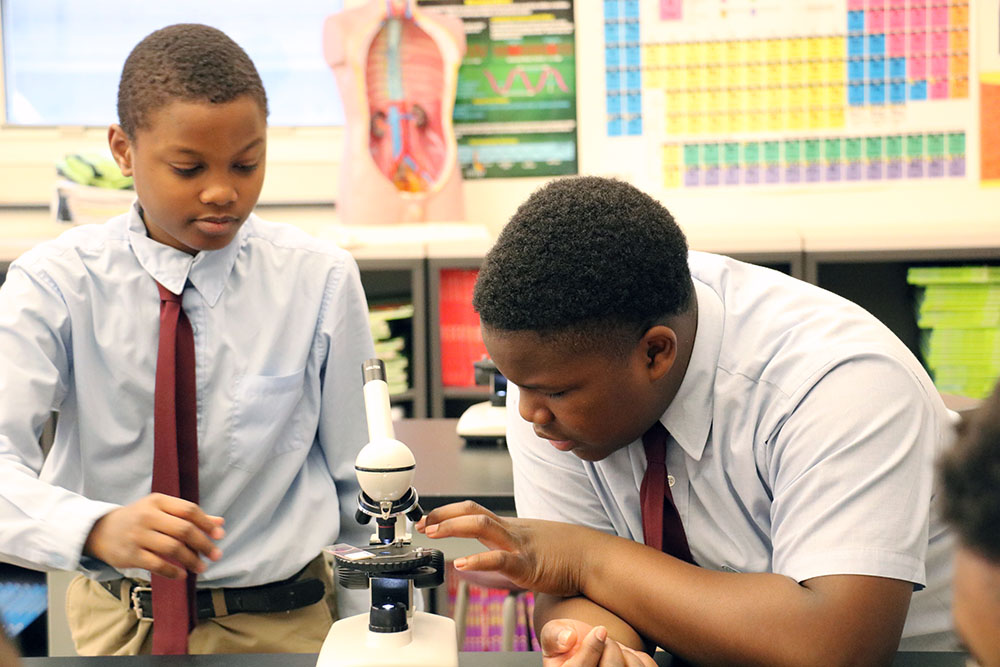 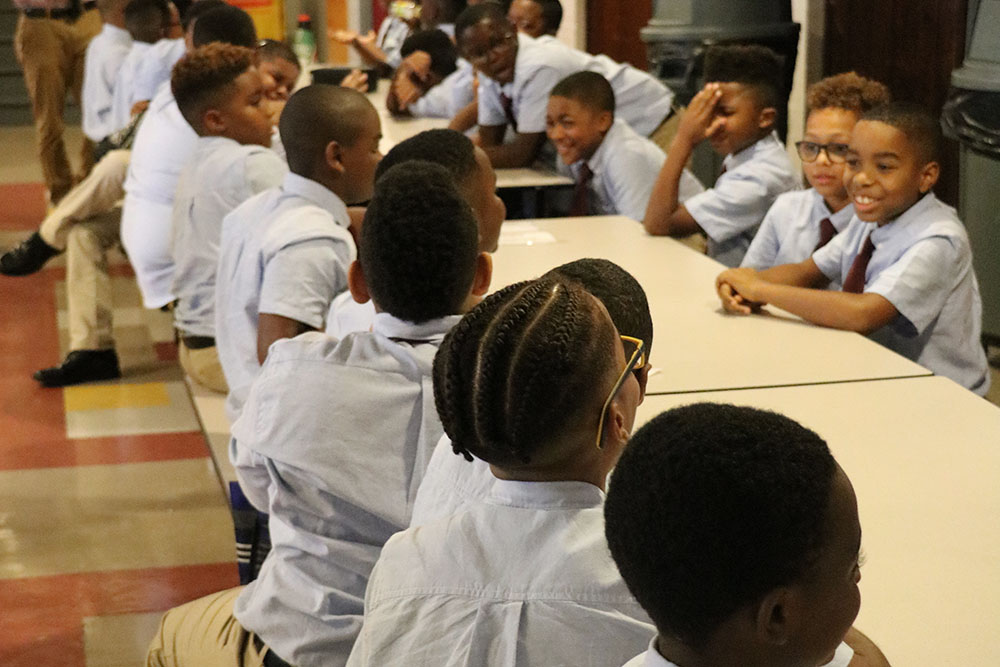 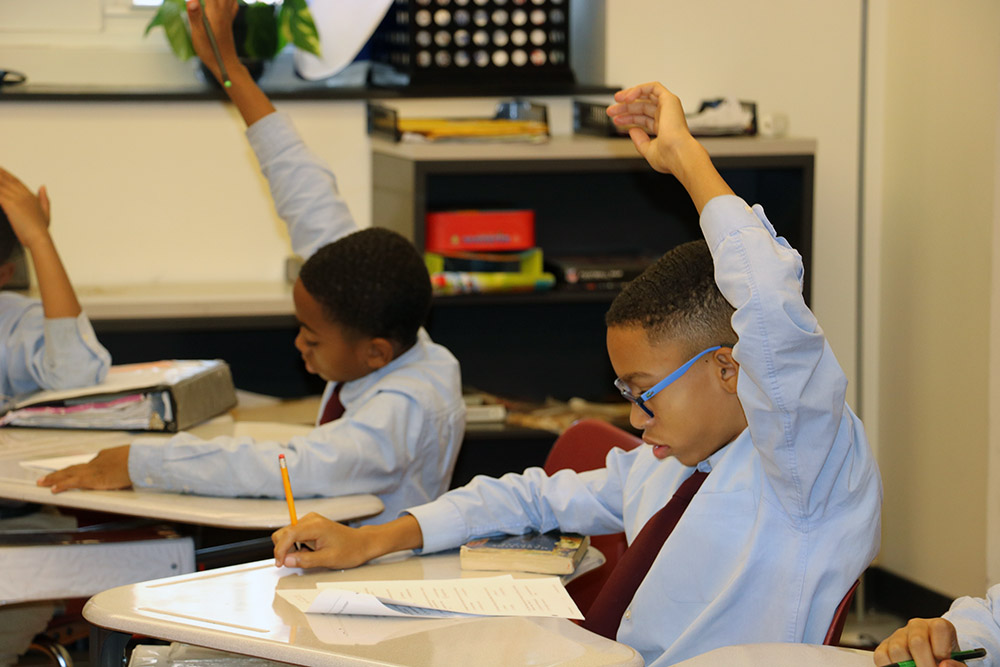 Saint Ignatius Loyola Academy has educated hundreds of boys from families living in poverty who have been marginalized by society and inequality. Nearly all of the students are not Catholic; many are behind in their education level; and some have parents who are incarcerated. In addition to the very structured four-year Academy program that includes experiential learning outside of the classroom and overnight trips, students receive ongoing services for eight to ten years after graduation through the Academy’s graduate support program. This includes guidance toward success in high school and university and in finding internships and jobs. Academy graduates work as welders, IT technicians, lawyers, choir directors, financial analysts, and engineers. Notably, a number of our graduates are teachers, including four graduates currently teaching at the Academy and inspiring the next generation of students.

Cameron, who grew up in a West Baltimore neighborhood with high crime, murder, and incarceration rates fueled by the drug trade, continued his education at a Jesuit university and is married with a young child. Many people from his neighborhood become a statistic of the injustices that pervade those streets. Cameron says, “Education has been what is excluded from a lot of the statistics of West Baltimore. I know that because I have friends in those statistics, both living and deceased. Some of them found their place in those statistics while I was at school from 7:30 a.m. - 5:00 p.m.”

The Egied Van Broeckhoven School, a new educational and social project in Molenbeek

The heart on the horizon

Surviving Beirut… with a little help from St Ignatius

IgnAN: the strength of an Ignatian network