Jesuits for the European common good

Since its beginnings, the Society of Jesus has been a European project. Today, eight Jesuits from six European countries work in Brussels committed to building Europe. At a time when Europe is in deep crisis, the challenge is considerable.

In Paris, in 1534, Ignatius of Loyola consciously gathered, in his group of friends, members from different European countries. This group was the mother cell of the Jesuit order, European in its origins, but soon universal in its missionary dynamic. Therefore, it is not surprising that there have been Jesuits accompanying the European unification project since its inception. One of the pioneers was Father Jean du Rivau, who founded in 1949 in Strasbourg the Secrétariat catholique pour les problèmes européens (Catholic Secretariat for European Problems). In 1956, the Office catholique d’information sur les problèmes européens (OCIPE - Catholic Office for Information on European Problems) was created. With the transfer of the European institutions to Brussels, an office was opened in that city in 1963. Since 2012, the European Jesuit office is called JESC (European Jesuit Social Centre), currently made up of a team of three Jesuits and five lay people. 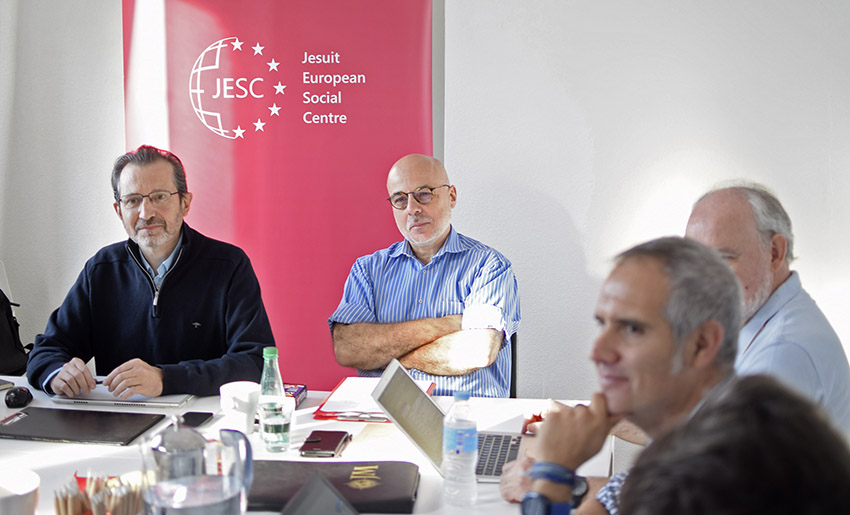 JESC wants to offer a vision and transmit values for Europe. European unification, after the two deadly wars of the first half of the 20th century, was a project of forgiveness, reconciliation and peace. The founding fathers, mostly Catholics, were inspired by the principles of the Church´s social doctrine: human dignity, the common good, solidarity, subsidiarity. Welcoming the delegations that signed the Schuman Declaration in 1950, Jean Monnet summed up this vision: “We are here to do a common work, not to negotiate benefits but to seek our benefit within the common benefit.” This is the golden rule of the European project.

In keeping with the Jesuit commitment to faith and justice and the preferential option for the poor, the JESC wants to be “the voice of the voiceless” in Europe. According to official statistics, more than 100 million men, women and children in the countries of the European Union live in poverty. To reflect and act on this painful issue, JESC works closely with the interparliamentary group on extreme poverty and human rights in the European Parliament. Inspired by Pope Francis´ encyclical Laudato si’, JESC now gives greater importance to the link between ecology and justice and publishes Eco-bites (a monthly online newsletter). 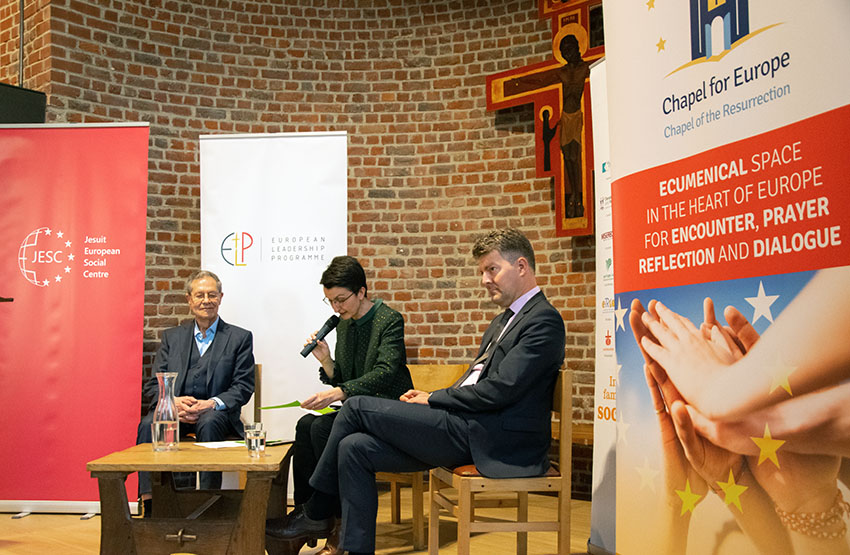 Another important dimension of JESC is to bring together and accompany groups reflecting on a refounding of Europe. One of them is called Passion pour l’Europe (Passion for Europe). Its members have written a programmatic text entitled Redécouvrir le bien commun européen (Rediscovering the European Common Good), based on the speech of Pope Francis on the occasion of the award of the Charlemagne Prize in 2016. On the basis of this text an important debate was organized at the Chapelle pour l’Europe in November 2018 with Herman Van Rompuy (President emeritus of the European Council), Archbishop Jean-Claude Hollerich, Pastor Christian Krieger and Marie de Saint-Chéron as representatives of the Christian Churches at a European level.

Now that Europe is going through a deep crisis, which is simultaneously political, economic and of identity, the challenges it has to face demand more than ever a common approach and a keen awareness of the common good, which it seems to have lost. These challenges were the main theme of a session organized in 2018 at the spirituality centre La Pairelle, near Namur, by JESC and the group Passion pour l’Europe. As an introduction, the Christian roots of this European common good were recalled and, to inspire the common search that characterized this very special weekend, it closed with a Eucharistic celebration in several languages and an Our Father prayed in the languages of all the participants, as a great sign of unity. 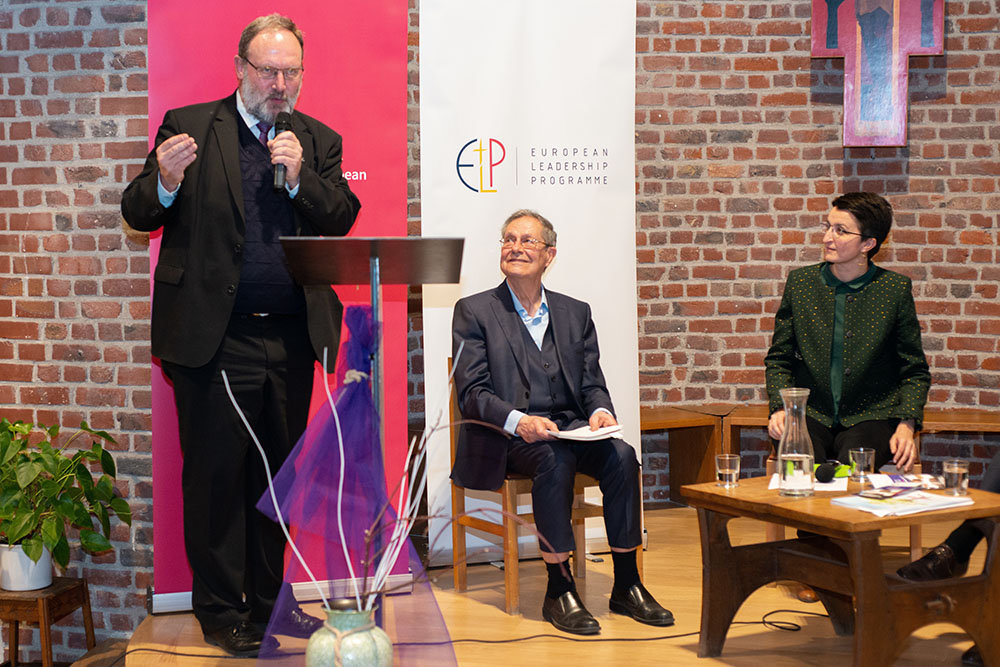 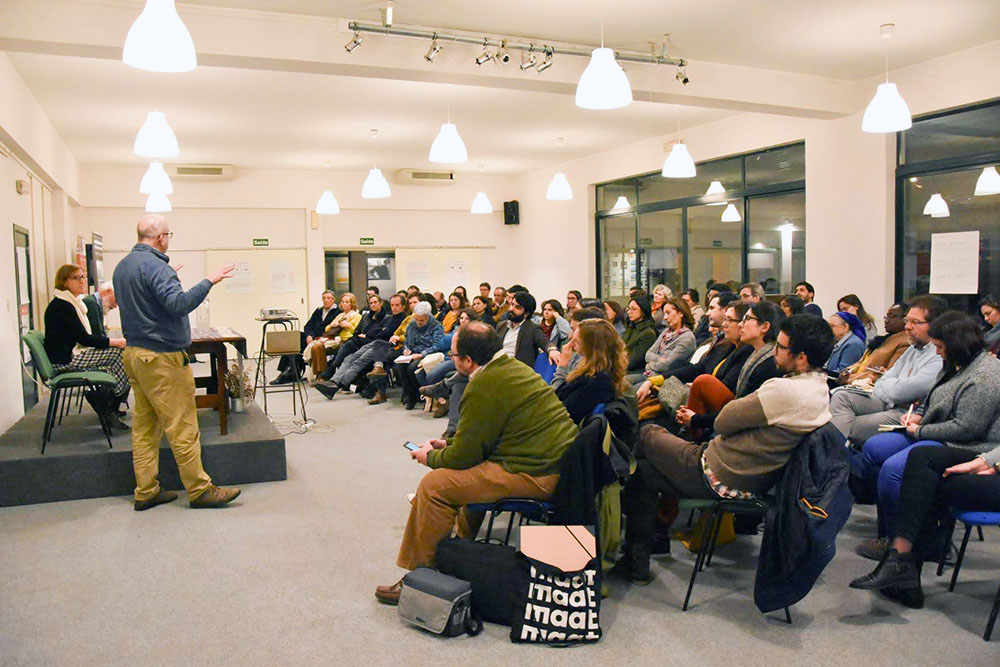 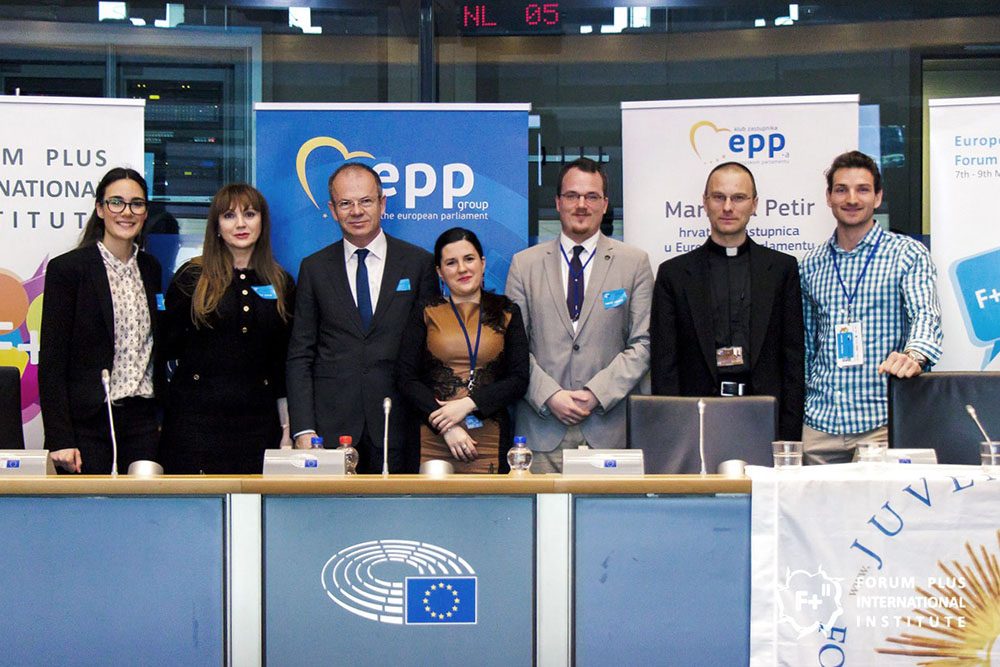 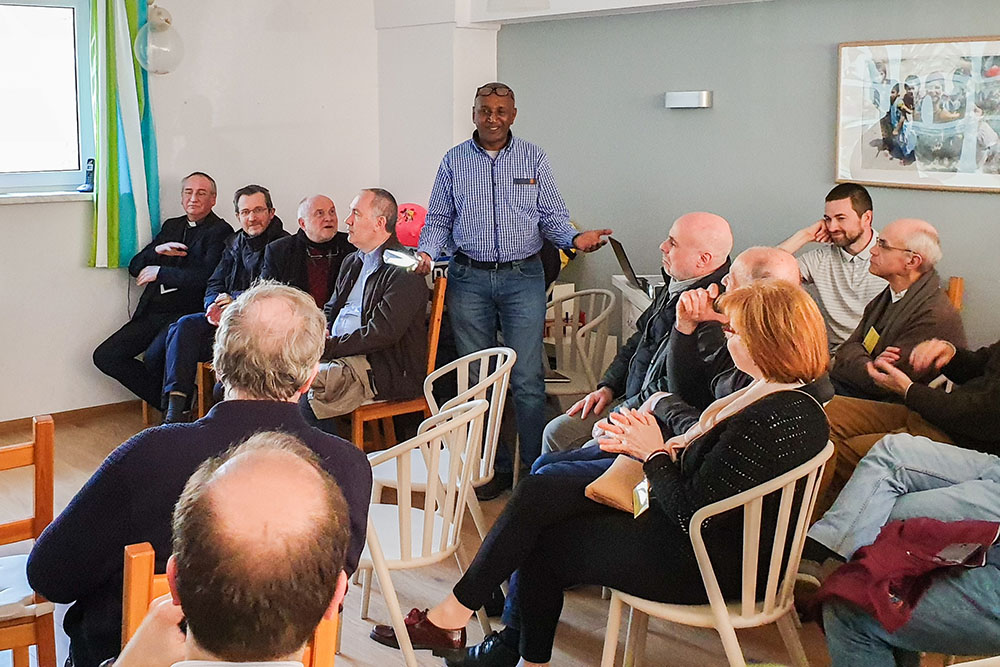 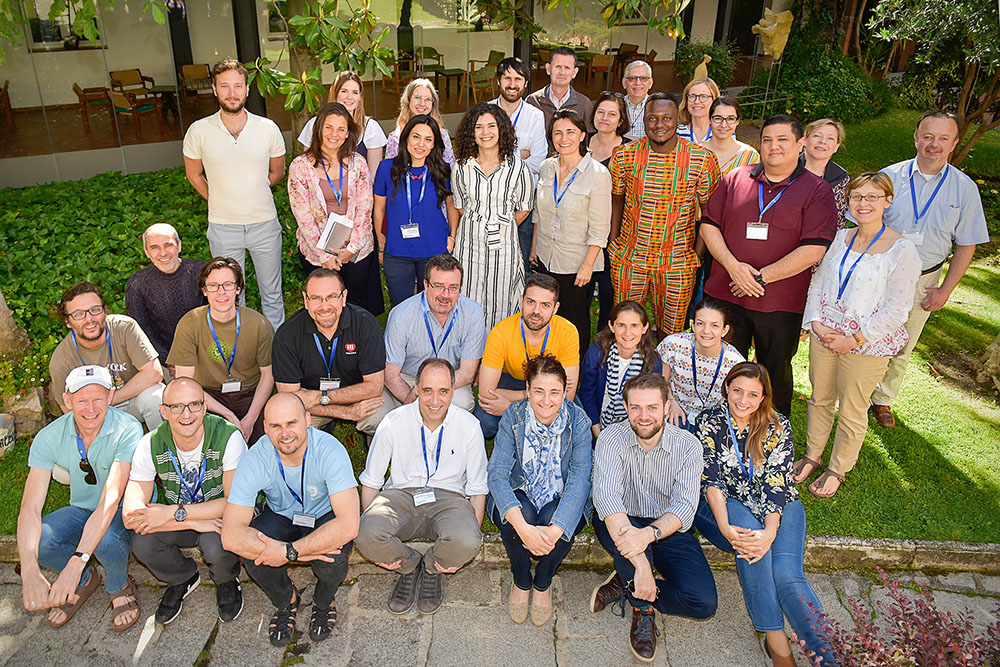 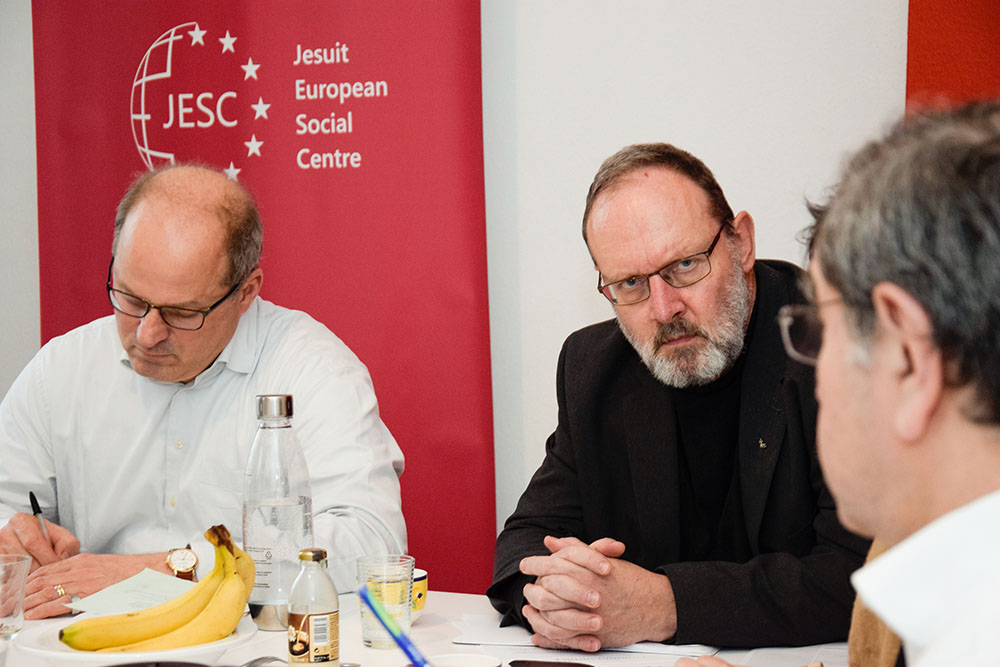 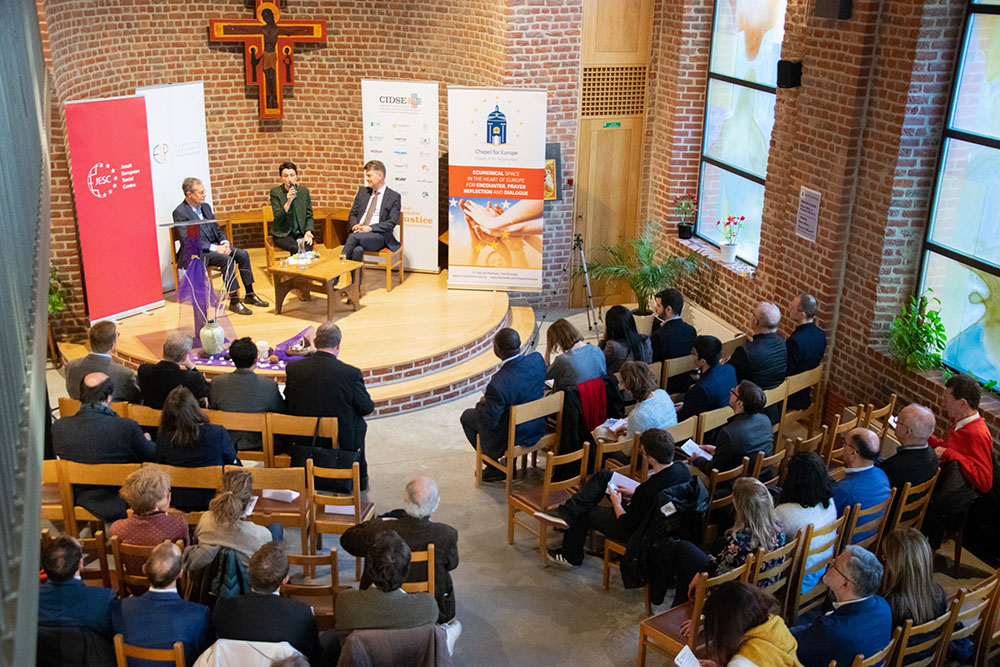 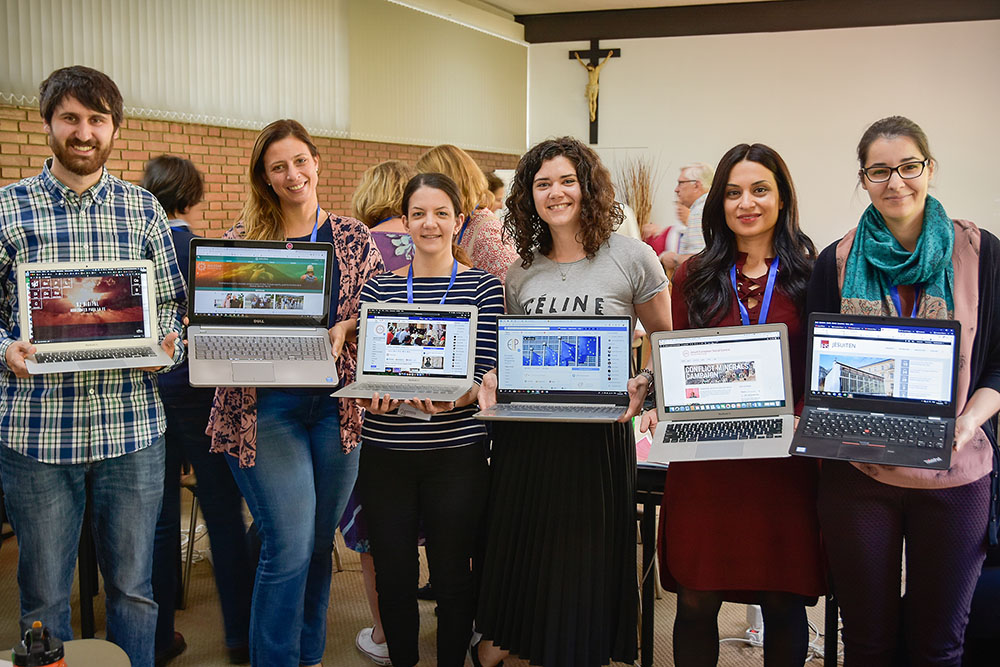 A new JESC program is aimed at training future European leaders. It combines elements of political formation with community life, spiritual formation and social commitment to the most disadvantaged. Ideally, this program will help to reform the spiritual, social and political life in Europe, orienting it towards the search for the common good. Pope Francis, in one of his discourses on Europe, quoted a passage from the Letter to Diognetus, which dates from the beginnings of Christianity: “Christians are in the world what the soul is in the body.” This is reminiscent of the expression attributed to Jacques Delors: “Give Europe a soul.” The work of the Jesuits in Brussels is based on the hope that today´s Christians can live up to that task.