An invitation to a fulfilling life

Clemens Blattert is responsible for vocation promotion for the Province of Germany. In this capacity he has addressed the Enlarged Council of Father General. He joined the Society of Jesus in 2003 and is now 42 years old. He has just completed the last stage of formation called the Tertianship and, as he says himself, he feels full of enthusiasm. In 2015, his Provincial asked him to take up vocation promotion. He told him: “We don't know how to do it! So think about it and do what you want!” Clemens found that this was exactly what he could have hoped for from his superior: this freedom gave him energy.

At the university chaplaincy where he was assigned in Frankfurt, he asked the young men and women what they expected from a priest ministering to them; did they expect him to talk about “vocations?” The answer was almost unanimous: they needed a place of silence in the midst of their stressful daily lives, a space to take a step back, to “discern,” if they had used a word from our tradition.

This type of response greatly encouraged Clemens. Let him tell us: “It was fantastic! In fact they were asking me to give retreats, the Spiritual Exercises - without using those words. So I set up a house called “Workshop of Your Future”. It was a success from the beginning, and it has been a success ever since. And even more recently, after the coronavirus crisis, I would have thought that people who had been isolated, alone, for long enough, would not want an experience of silence. Well, no! On the contrary, we have even more requests! 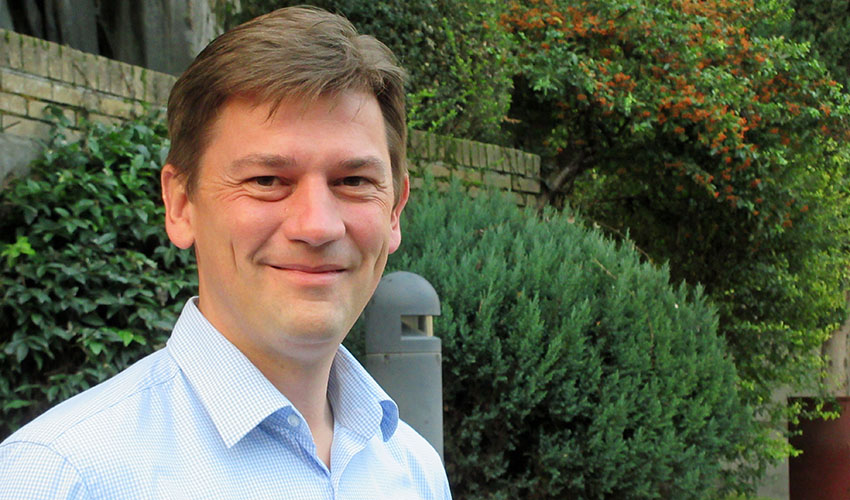 “My role is to look for ways to involve God in questioning a person about his or her future. Vocation is not primarily a decision about what kind of work I want to do, but it is above all identifying how I want to live my life in such a way that I can be truly fulfilled. Our programmes offer a space of freedom in which participants can begin the process of clarifying their vocation.”

Let’s be realistic... are there many people looking for this type of project? Aren’t those frequenting a chaplaincy nostalgic for a Church of the past, as one might have gotten the impression in some countries? Clemens answers that while in Germany the young people they meet usually had a Catholic environment in their childhood - and have often lost that connection later - they do not look back. “This might have been the case ten years ago, under the previous pontificate, but no longer today. Instead, we show them that you can be a Catholic today, that you don’t have to go back to the 19th century. The encounter with God can take place with the person I am today; I can connect with him, have a new perspective, participate in his work. Ignatian spirituality leads to this and it is very convincing.”

But does Clemens actually promote vocations to Jesuit religious life? “Concretely, hardly anyone has come to me with questions about the Jesuit religious life. They’re not at that stage. But sometimes they do, when they know us better as people. So I have continued the excellent work of my predecessors, with the website on the Jesuit vocation, the days of discernment, the presence in the MAGIS movement. We also organise experiences such as nature hikes with those who have already taken steps to become candidates for the Society. And one of the things that works best is listening to vocation stories, especially from older Jesuits. Young people then realise that it is possible to live a lifetime in the path of religious life and that it can be fulfilling!” 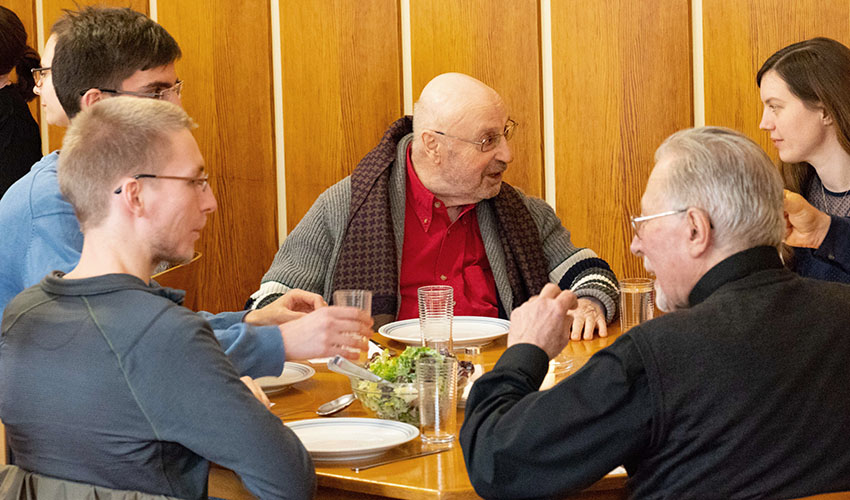 What does this “young Jesuit” have to say about the small number of entries? Hearing another presentation to the Enlarged Council, he was greatly comforted. He understood that at the highest levels of the Society, there is a form of freedom with regard to the question of numbers. In his opinion, focusing on the small number of young Jesuits leads to overburdening them; they are sometimes even put in a situation of burn-out. Clemens says that it is fortunate that the Provincial who will head the new Central European Province - to which Germany will belong - recalled that Ignatius had thought of a religious congregation of about sixty companions... and that in twenty or thirty years’ time it would be quite possible for about sixty Jesuits to do a lot of good in Central Europe. It is a way of learning of freedom.

Vocations Formation
Share this Post:
“Discerning Leadership”: a special project of the General Curia and the Jesuit Universities
For vocations to religious life
Posted by Communications Office - Editor in Curia Generalizia