In the political arena, a space for Catholics – The legacy of Father Sorge

Immediately after his death, we published on this site a summary of the life and work of the influential Father Bartolomeo Sorge, a socially committed member of the Society of Jesus in Italy. At this time when the political formation of citizens is so important for resisting populist ideologies, Father Sorge’s thought is more relevant than ever. Among his various functions, he was Director of La Civiltà Cattolica for a dozen years. As a supplement to our first article, we asked the current Director, Antonio Spadaro, to tell us about his confrere, who brilliantly combined the intellectual apostolate with the social apostolate. Here are some excerpts from his testimony.

Rome, Palermo, and Milan were the solid bases of Bartolomeo Sorge’s passionate efforts to bring the democratic consciousness of citizens to full maturity. He reaffirmed the importance of Catholics being actively committed in politics, collaborating with partners of different cultural orientations, and seeking the greatest possible concrete good. For Father Sorge, the most urgent problem was restoring “soul” to politics, which meant helping democracy to regain its ethical foundation. For this reason, he always resisted the temptation to take refuge in a disembodied spiritualism. He considered that such ethereal piety leads the Church to be self-referential, to withdraw into herself, to worry only about internal problems, and to retreat within the walls of the temple, obsessed by the observance of canonical norms.

At the heart of Father Sorge’s inspiration was the conviction that God is present and at work in the world. God has not abandoned humanity but asks to be recognized in the signs of the times. In this sense, Sorge was radically Jesuit: he contemplated historical reality in order to discern the actions that need to be taken. A faithful interpreter of the Second Vatican Council, he was inspired by the teaching of Gaudium et Spes on how a mature relationship is to be established between the Church and the world. For this reason, he loved cultural mediation and not the “tyranny of the present”; he preferred to follow processes rather than just occupy space. We should also remember that in 1974 Father Sorge participated in the 32nd General Congregation of the Society, together with Carlo Maria Martini and Jorge Bergoglio. Despite all the differences in personality, it is not difficult to recognize a common thread that unites these three great figures. 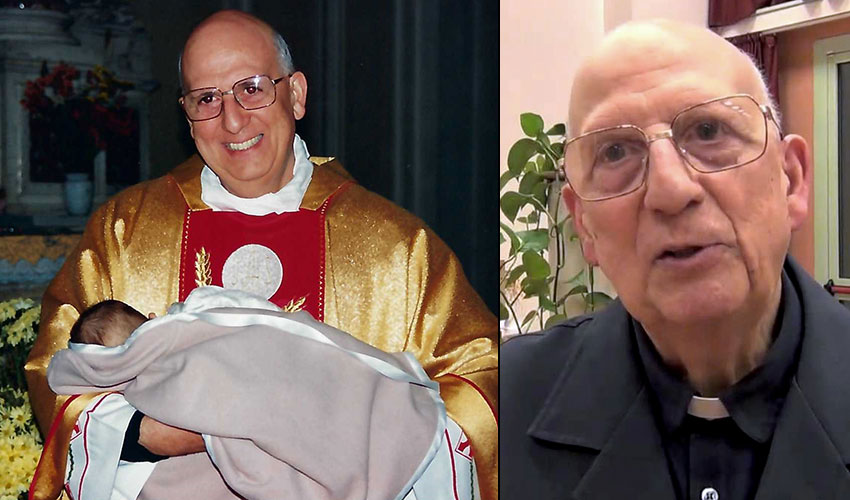 Father Sorge was convinced that, in the wake the historical failure of the ideologies of the twentieth century, both believers and non-believers can come together in a program of reform that is inspired by the values of a transcendent humanism and mediated by concrete policies that can be shared by all people of good will. The Ignatian presupponendum, which seeks to affirm as much as possible the positions of others, was fundamental to his way of dialoguing.

This is the substance of what Father Sorge called “positive secularism”, by which people come together in what unites them amid their differences, in order to grow together towards ever greater unity while fully respecting the identity of each and every person.As his successor as Director of La Civiltà Cattolica, I especially remember two things that characterized Father Sorge. First, the lucidity of his thought, which was the result of his studies, the depth of his experience, and the unique way in which he lived. His was a carefully considered ministry, one of whose main objectives was the formation of “multipliers”. Second, he was a inspired man of “prophecy” and parresia; he was honest enough to say that we do not always have all the definite answers we would like to have. He therefore believed that being concretely committed to history - including our possible mistakes - is fundamental to understanding and acting rightly in the future.

Father Sorge was also a spiritual man who was always involved in preaching, the ministry of the Spiritual Exercises, personal talks, and meetings with communities of religious. To all these ministries he discreetly brought his experience and his way of encountering God. His personal spirituality was simple - we might even say “traditional”; he was able to appreciate popular piety. In this sense, Father Bartolomeo Sorge was a Jesuit who exemplified complete apostolic availability, always searching for God in all things.

Share this Post:
Artificial Intelligence
One rupee for a new India
Posted by Communications Office - Editor in Curia Generalizia