Being a Jesuit in Pamplona

The city of Pamplona, in Navarre (Spain), famous for the battle in which Ignatius of Loyola was seriously wounded in 1521, is home to a Jesuit community. The Society of Jesus has a “colegio” in Pamplona that dates back to 1580, but it was closed when the Jesuits were expelled from Spain in 1767. In 1946, a new educational institution was opened: the Colegio San Ignacio, which has grown from 32 students to almost 1,800.

As everywhere else, the teachers and animators are lay people. The director is a Jesuit: Carlos Moraza. Two other members of the Pamplona community participate in the pastoral activities of the school. While visiting this community of eight members with Father General, we asked Fr. Moraza and two of his companions what it means for them, especially at the spiritual level, to live in this historic city, from the point of view of Ignatian history.Here are their testimonies. 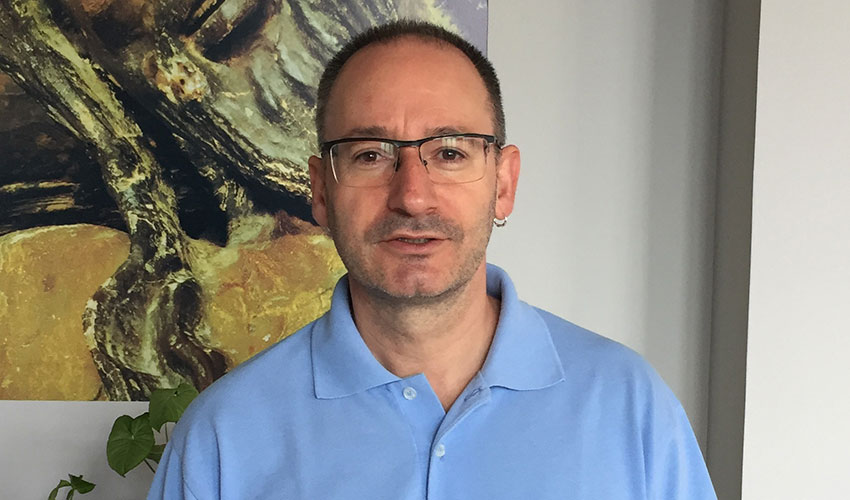 Living in Pamplona and working in the San Ignacio de Loyola School in Pamplona today is something to be thankful for every day. The school is not only an educational institution but an apostolic work and even more a life-giving setting.

Joan Margarit, the famous Spanish poet and architect, used to say that “a wound is also a place to live”. I like the phrase applied to Ignatius (and also to all of us) because his wound in Pamplona on 20 May 1521 was for him, after his convalescence in Loyola and his conversion, a life-giving place. However, Ignatius did not stay there, in the wound, but learned from it; his scar, as I understand it, reminded him every day where he had to look, not at the past, but at the present and at the future full of hope and newness that God presented to him.

May this Ignatian year that is beginning be for all of us, lay people and Jesuits committed to the same mission, an opportunity to heal our wounds and may we, like Ignatius, experience that the Spirit smiles on us when we let go of rancour and old wounds. May he teach us to love ourselves, fragile and contradictory; and may he also spur us on when, despite fear or conflict or wounds or scars, we rise up to face defeat, fear, the night and the cold. As a Jesuit, living in Pamplona gives me the opportunity to be part of a community of lay people and Jesuits involved in evangelisation through education; to discover the presence and affection that Ignatian spirituality has today among many of its inhabitants; and also to get closer and better acquainted with St Francis Xavier and to thank God for his call to be a Jesuit.

The wound suffered by Ignatius of Loyola in Pamplona was a failure, a rupture in his dreams and projects, and also, after the process he subsequently underwent in Loyola and Manresa especially, was the opening to a new project based on other values, with another way of seeing the world, people, himself and God. This change, this new sense of life discovered by Ignatius, can be a light to re-situate crises, personal and social ruptures that we may experience. Today young people live in a world of rapid changes, of personal questions, about their future, about the future of humanity... Approaching the wounded Ignatius in Pamplona, his process can be an invitation to reread life with another depth, from other values, for other projects and also to seek the skills to achieve them. 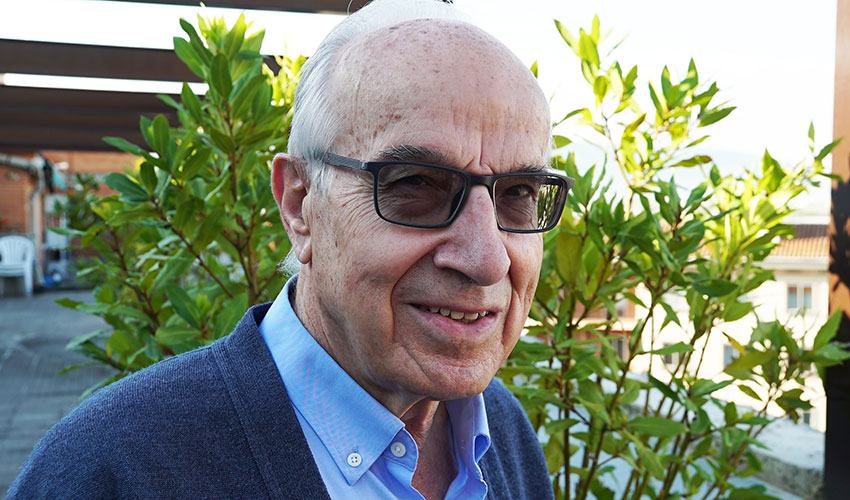 The beginnings of my vocation have their roots in the seminary school of Javier. From then on, for me the figure of Ignatius was linked, I would say yoked, with the life of Francis Xavier, which I lived intensely, from the time I joined the Society, first with great naivety, then with tremendous idealism, and with a sustained commitment.

After I joined the Society, the tides turned and, although Xavier continued to be part of my spiritual life, the figure of Ignatius began to take shape in me, growing in knowledge, devotion and admiration until today he is consolidated as the trunk of my spirituality. The fact that I am now living, once again, in Pamplona, helps me to revisit, ruminate on and consolidate the roots of my own vocation.

It is true that the wound in Pamplona was a personal failure for Ignatius, but the story that came out of it was so important and positive, spiritually speaking, that the reading of the real historical event became an unprecedented historical-spiritual experience.

This is how, I believe, that people of faith have lived and live it and, even more so, all those who have known and are trying to live the Ignatian spirituality. From apparent failure to true success, from the secondary to the fundamental, from the earthly to the spiritual. This is the message that the plaque in Avenida S. Ignacio conveys and which, out of curiosity or interest, many people from Pamplona and beyond read every day. For some, it goes unnoticed, for others it provokes curiosity, questioning and... perhaps, a call for betterment. 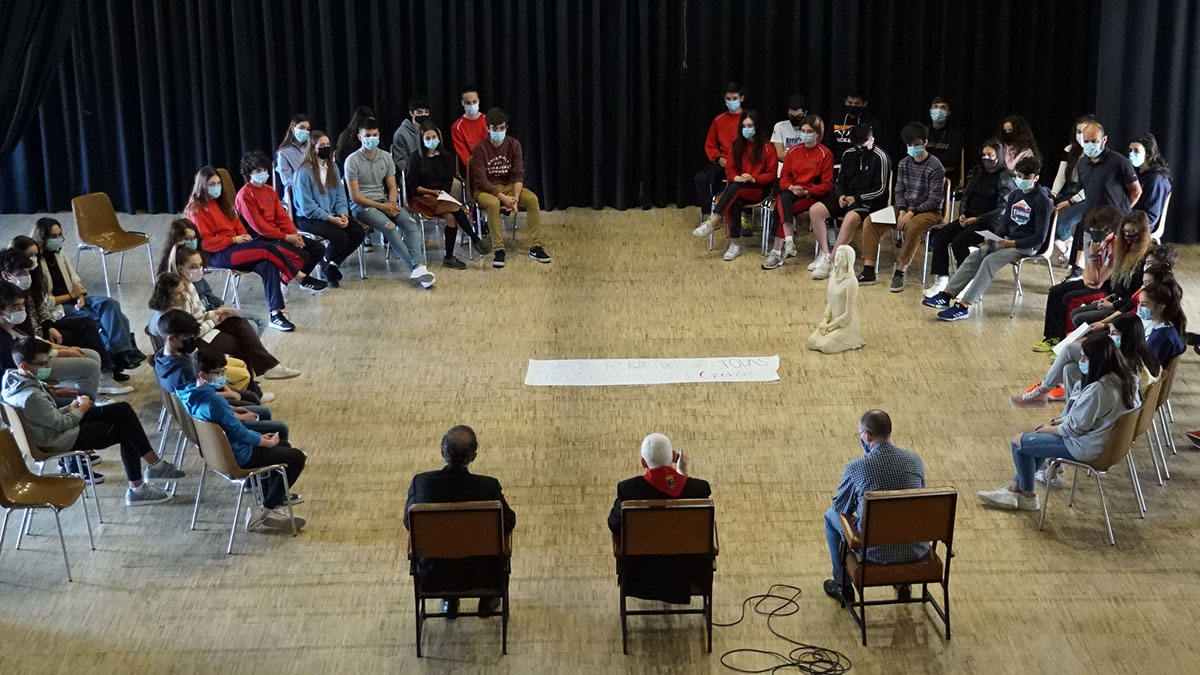 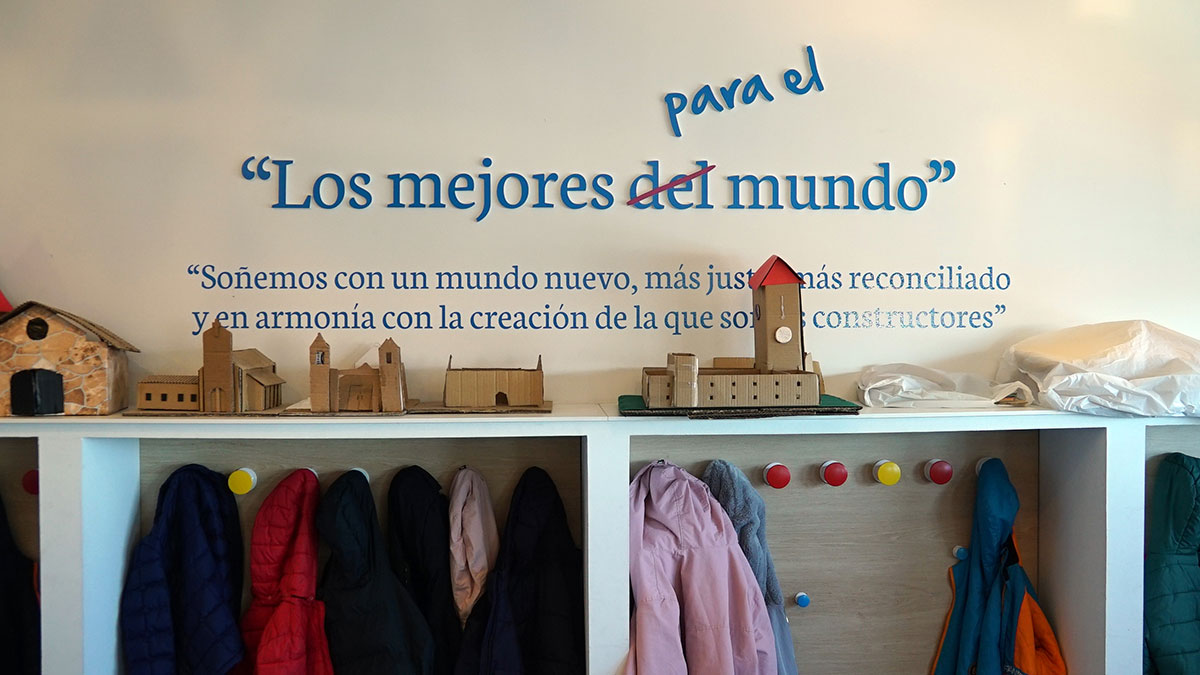 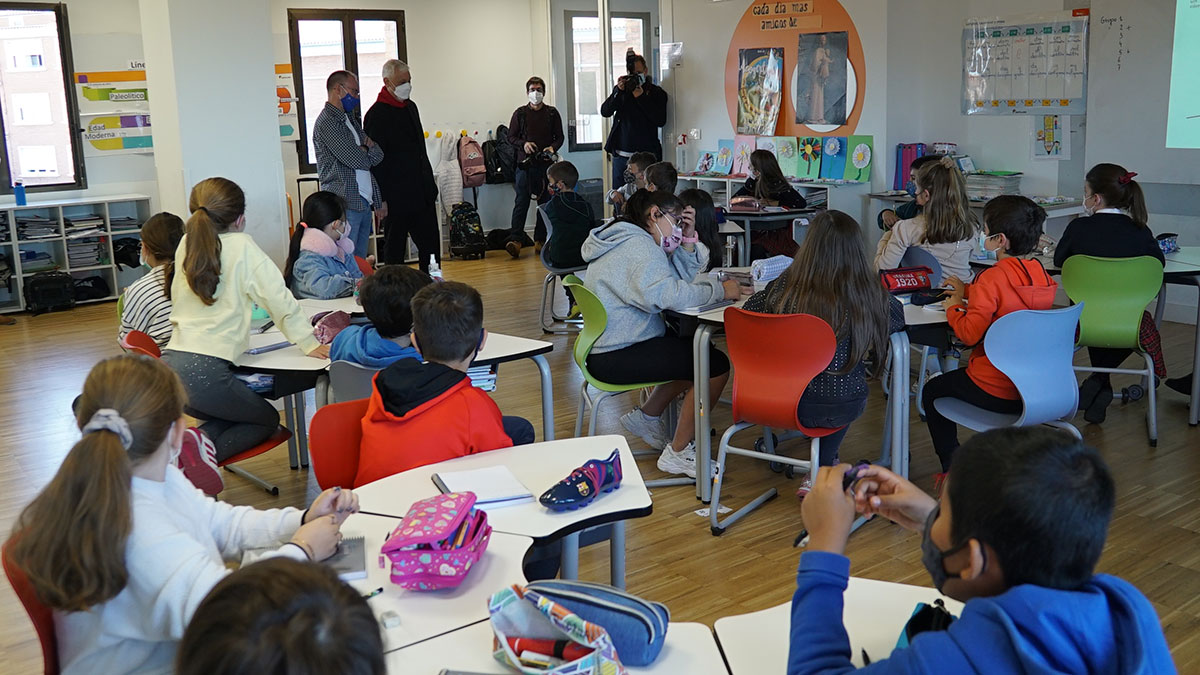 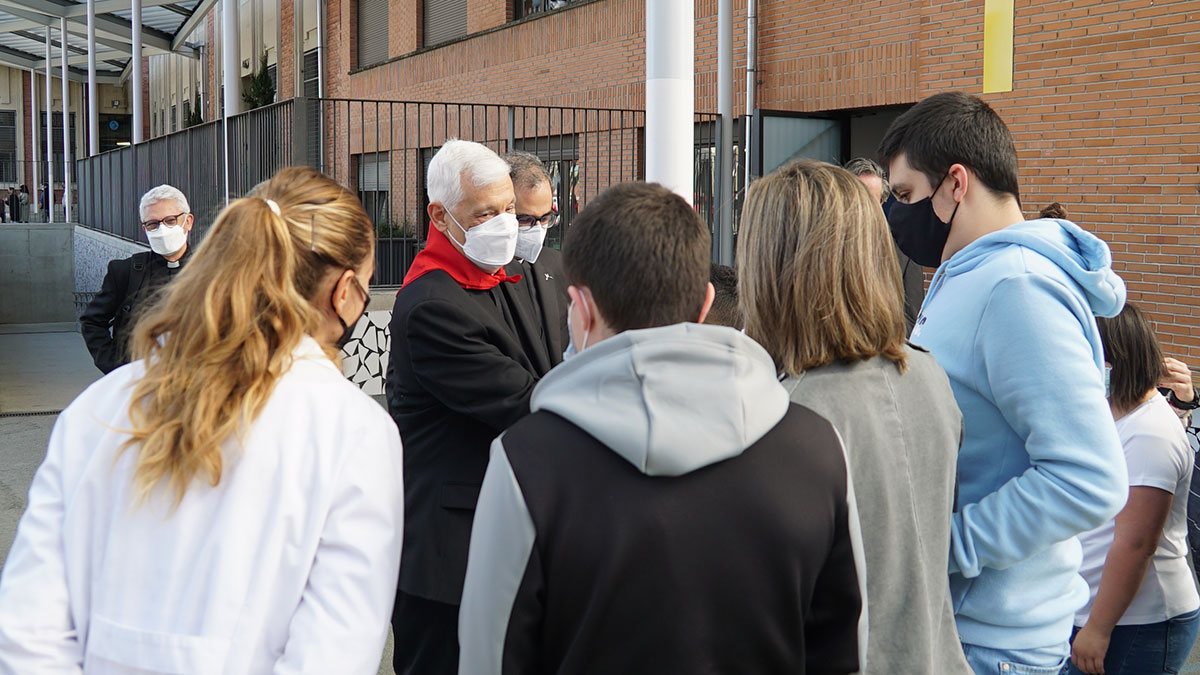 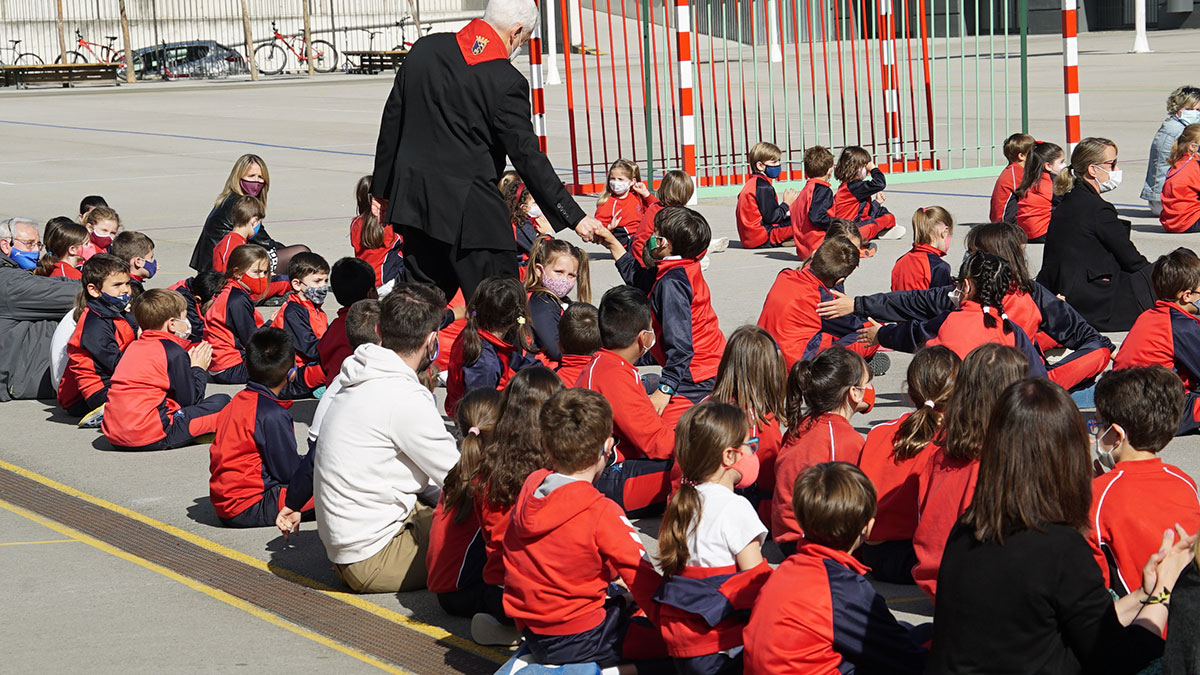 JCEP Education Ignatian Year
Share this Post:
For the Ignatian family in Spain… but not only for them
The beauty of marriage – The Pope Video
Posted by Communications Office - Editor in Curia Generalizia

Congratulations to the winners of the “Four Dreams” film competition organized by the IAJU and the General Curia of the Society of Jesus! This time, the prize is related to the 3rd UAP, accompany young people in the creation of a hope-filled future.

Bevalala: Demonstrating the Jesuit approach to education and development

“When the Bevalala Professional Training Centre was created in 1973, the aim was to provide training for young rural people who wanted to become entrepreneurs in agriculture and animal husbandry. In an effort to modernise and professionalise...”