Accompanying the immigrants in times of crisis

As in many countries, the crisis created in Spain by the coronavirus pandemic has made the greatest impact on people in vulnerable situations. In a large city like Madrid, there are thousands of immigrants with more or less regular status who have found a place in the informal economy. Many of them are women from Latin America who work as domestic helpers, for example.

This is one of the groups supported by the Centro Padre Rubio, a Jesuit social ministry that serves migrants. It operates under the aegis of the San Juan del Castillo Foundation, named after one of the Jesuit missionaries martyred in the Paraguay Reductions. We met with the director of the centre, Yván Lendrino, who told us about the mission that he and his team are carrying out.

“Our mission is to serve, accompany, and advocate for migrants, especially the most vulnerable. Together with other programmes of the Foundation, we try to provide a comprehensive response to the needs of these people. The welcoming and training provided by the Centro Padre Rubio are complemented by other actions, including residential shelter and hospitality, social care, employment and legal assistance.” 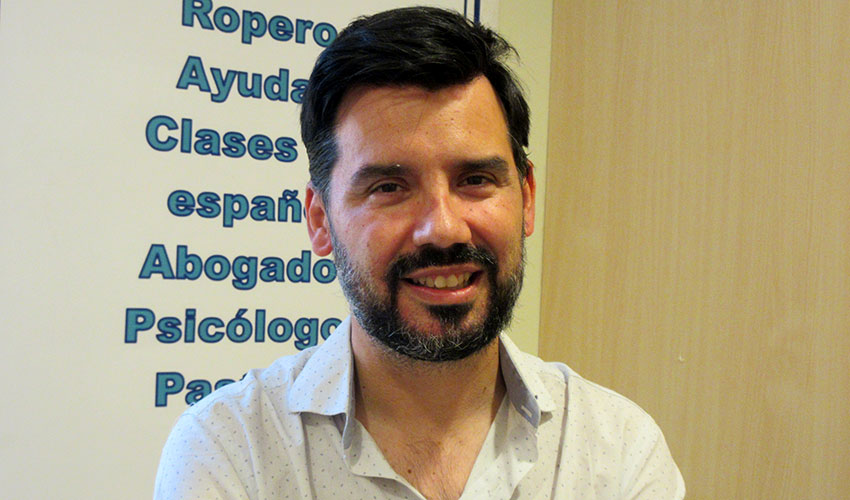 The centre’s programme is only possible thanks to the active participation of many volunteers. The director insisted on this aspect.

“The activities of the centre have two focuses: welcoming and training. The centre has a large group of volunteers for social interviews, orientation groups, training courses and other support tasks.

“There are many motivations that lead a person to collaborate with us. The main one is the desire to be close to people in the most vulnerable situations. Many volunteers are inspired by their Christian faith, and others by their life experience. Volunteering plays an important role, for it is at the origin of this centre’s activity and in general of all the Foundation’s activity. We would not be able to reach all the people we reach if it were not for the volunteers, who are the first hand stretched out to help, the first voice they hear, the first smile they see. At the same time, we have a technical team that complements the volunteers’ work of welcoming and training the immigrants; the team tries to give continuity when a more professional intervention is necessary.

Volunteering is part of our mission. We use volunteers in the Foundation not only for organisational needs, but also because it is our way of encouraging citizens to participate in social change and get involved in just causes. We believe that volunteering provides an opportunity to give life to our twofold mission of Faith and Justice. It is also a means of raising awareness and of exposing civil society to social phenomena that need visibility”. 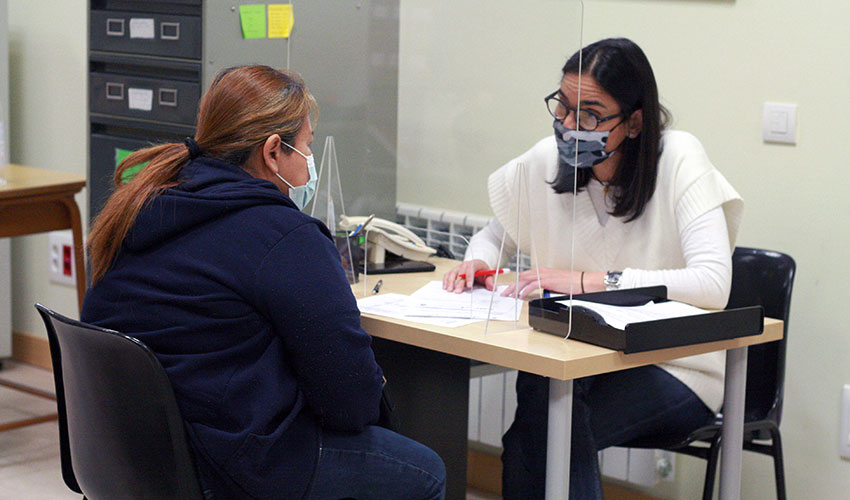 The director and other members of the team described for us the center’s beneficiaries and especially the challenges they face. Overall, they are vulnerable people who do not have a support network; some 80% are women, many of whom have children in their care and have little experience in the working world. Also, their lack of access to the digital world makes their lives complicated since so many procedures are now done online. One statistic among many is that 42% of those who sought help this year were in an irregular administrative situation. The pandemic has worsened their situation: many families are struggling to pay their rent and even get the food they need. Very important in this regard is the coordination between the Centro Padre Rubio and Caritas of the Jesuit parish and the diocese.

Finally, we asked Yván Lendrino if a link can be made between the work of the Centro Padre Rubio and the Ignatian Year theme, “Seeing all things new in Christ”.

“The main link is the need to change the way people look at migrants. What we are trying to do at the Centro Padre Rubio is change the way society looks at the phenomenon of migration... We want to change the attitudes of hatred, racism, rejection, and danger that many people in our world and our society feel toward all migrants who come to our country... We have been in this struggle for years because we think that, from Christ’s point of view, we are all God’s sons and daughters; we are brothers and sisters with the same rights and duties in building a new world where all of us can feel included and welcomed simply because we are human beings.” 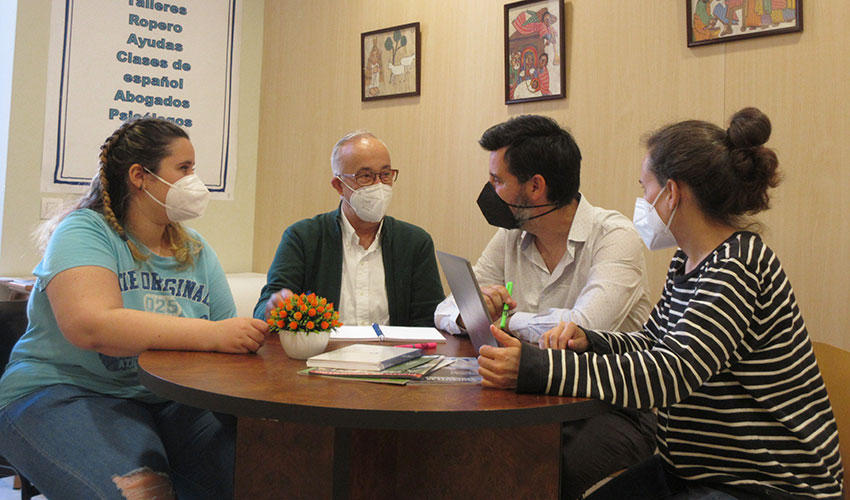 Why is the centre named after Padre Rubio?

Father José Maria Rubio was a Jesuit who was born in 1864 in Dalías and died in 1929 in Aranjuez. He originally studied to be a diocesan priest and was ordained as such in Madrid. His protector, a canon named Don Joaquin who had brought him to Madrid, had great ambitions for him: he wanted him to obtain a doctorate and be a professor in the seminary. Father Rubio achieved both these goals, but only for a short time. The discovery and experience of the Spiritual Exercises awakened in him the desire to become a Jesuit. He was able to do so in 1909 (at the age of 45), and after that he worked in Madrid for 18 years. He became famous there as a confessor and spiritual guide to many people, but he was above all the great social apostle of Madrid. He spent much time in the city slums, where he gave free rein to his great passion, being close to the poorest of the poor. In La Ventilla, one of the neighbourhoods where the Society of Jesus is still present, there are now two parishes, a school and two foundations working with migrants and the neediest families in the area. Might Father Rubio have been the first Jesuit to go there?

The legacy of Father Rubio’s social work continues even now in the social apostolate that the Society of Jesus has done from the 1940s until today. Father Rubio was canonised in 2003 by John Paul II, and his tomb is visited by many pilgrims. The tomb is located in the Church of St. Francis Borgia, in the heart of Madrid, where our centre is also housed, along with several other social and pastoral works of the Society of Jesus.