Five hundred years ago, Íñigo left the family castle in Loyola, seeking to respond to the Lord’s call. He made his way to Manresa, where he settled in a cave. He thought he would stay there for a few days, but he was there for eleven months. His stay in Manresa was decisive, for it was there that he consolidated his project and learned a great deal about the spiritual life and how to follow Jesus. While staying in Manresa, he began to write the famous “guide” that would become the Spiritual Exercises. The Jesuits would later make it their main instrument for helping people find their way to God.

Located in the very same place where Ignatius began his spiritual journey, The Cave of Saint Ignatius Spirituality Centre offers the Spiritual Exercises to many retreatants, and it also serves as a centre for meditation, formation, and education for a wide international audience. The Jesuit Lluis Magriñà, director of the Centre, tells us more in the interview below. We contacted him just as Manresa was preparing to welcome the Superior General of the Society of Jesus, Fr. Arturo Sosa, on 31 July, the feast of St. Ignatius, with the Ignatian Year in full swing.

Father Lluis Magriñà, what does it mean for you that the Superior General, Father Sosa, is coming to celebrate the feast of St. Ignatius here this year?

As our 31st Superior General, Father Arturo Sosa is at the helm of the Society in this 21st century. His presence in Manresa as we celebrate the feast of St. Ignatius will inspire us to try to discern where the Spirit is leading us today. It also means much to us that he has chosen to remain at the Cave of St. Ignatius for a time after the celebration in order to make his annual retreat for this year. 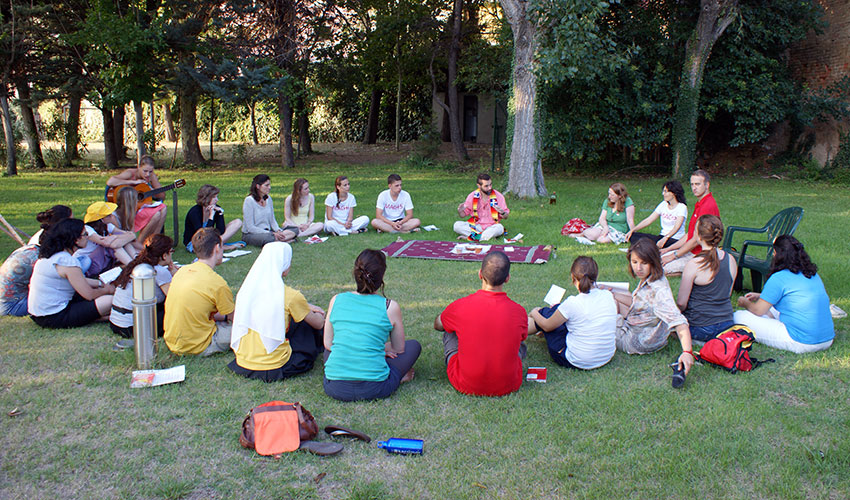 How did the retreat house of the last century become today’s Centre of Spirituality and gain so much international influence?

It was the fruit of our reflection and discernment in the year 2000, when a new era was dawning for a globalised humanity. The Centre had to open its doors wider and respond to the new needs that were emerging in our world. The programmes of the Cave of Saint Ignatius in Manresa expanded enormously and welcomed more people from many different countries.

We offer the Spiritual Exercises in different modes - one month, eight days, or in everyday life (the 19th annotation) - and we offer them in different languages. We have a specific retreat for young people. We also offer a course open to persons who want formation so that they can accompany others who are making the Spiritual Exercises in daily life. In other words, we are interested in formation for multipliers. We have also developed formation programmes on various topics such as Ignatian leadership, contemplative prayer, preparation for old age, and Ignatian spirituality more broadly.

The Centre has completely renovated its physical facilities in order to respond to environmental regulations, optimise the use of all its space, and provide modern technological resources. The celebration of this Ignatian Year has allowed us to renovate the sanctuary, which now features the mosaics of the Jesuit artist Marko Rupnik depicting the Christian pilgrimage through the Spiritual Exercises. There is also a new underground oratory with a large window that allows a magnificent view of the peaks of Montserrat, which St. Ignatius used to contemplate from the Cave.

These changes provide people with a sacred place of silence that allows them to grow spiritually and find answers to whatever questions they have. If they wish, they can also find someone to accompany them at the Centre. 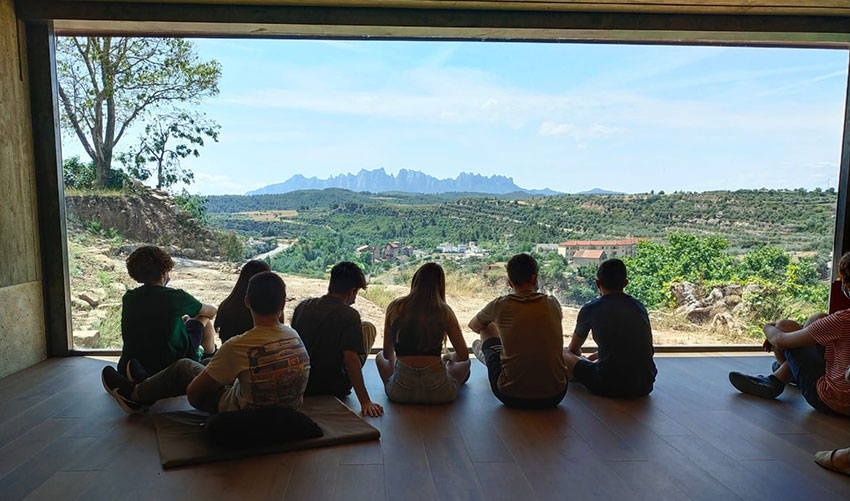 How is the Centre of Spirituality of Manresa participating concretely in the Ignatian Year?

Father General JCEP Ignatian Year Spirituality
Share this Post:
A Limping Pilgrim – Our Journey
Arturo Sosa: “To place Jesus, the Christ, at the centre, and therefore to change ourselves.”
Posted by Communications Office - Editor in Curia Generalizia

“Our shrine’s main mission is to welcome everyone, regardless of their social, cultural or religious background.”