Albert Vanhoye SJ – “It’s a service to be rendered”

The Jesuit Cardinal Albert Vanhoye died on Thursday, 29 July. Born in France in 1923, he joined the Society of Jesus in 1941 and was ordained a priest in 1954. He studied the Holy Scriptures starting in 1956 and obtained a doctorate at the Biblical Institute (Rome), where he later served as professor, dean and rector. He was a foremost specialist on the Epistle to the Hebrews. He also contributed to the work of several Vatican Dicasteries. In 2006 Pope Benedict XVI made him a Cardinal, emphasising his service as a distinguished exegete. At the time of his death, he was the oldest Cardinal of the Catholic Church.

We offer here the moving testimony of one of his former students, his French Jesuit companion Roland Meynet.

I got to know him through books, at the latest in 1977, when I was preparing my postgraduate thesis in linguistics at the University of Aix-en-Provence. While studying theology at Fourvière, I had worked on the composition of Luke's Gospel under the direction of Paul Beauchamp and had discovered concentric structures. Setting out in search of my predecessors, I was directed to Vanhoye's thesis on The Literary Structure of the Epistle to the Hebrews (1963).

When the time came, in 1986, to defend my state thesis on the composition of the whole of Luke's Gospel, my director wanted two other specialists to sit on the jury in addition to the three professors from the University of Aix-en-Provence. Fr. Beauchamp had already been on the jury for my first thesis and, since he had been following my work since 1971, it was only natural that he would again be on the jury. I also asked Pietro Bovati, my fellow theology student and now a professor at the Biblical Institute, to “fill out the fivesome.” He agreed to do so, but he told me that I should first ask Vanhoye, a recognised authority in this field. I thought he would certainly decline, because, being Rector of the Institute, he had many other fish to fry. In any case, I made an appointment and explained my request to him; to my immense surprise, he immediately accepted. When I showed my amazement and babbled my thanks, he replied: “Don't thank me. Don't thank me, it's a service to be rendered.” That sums it up! That was pure Vanhoye! A man of duty, a man of service. 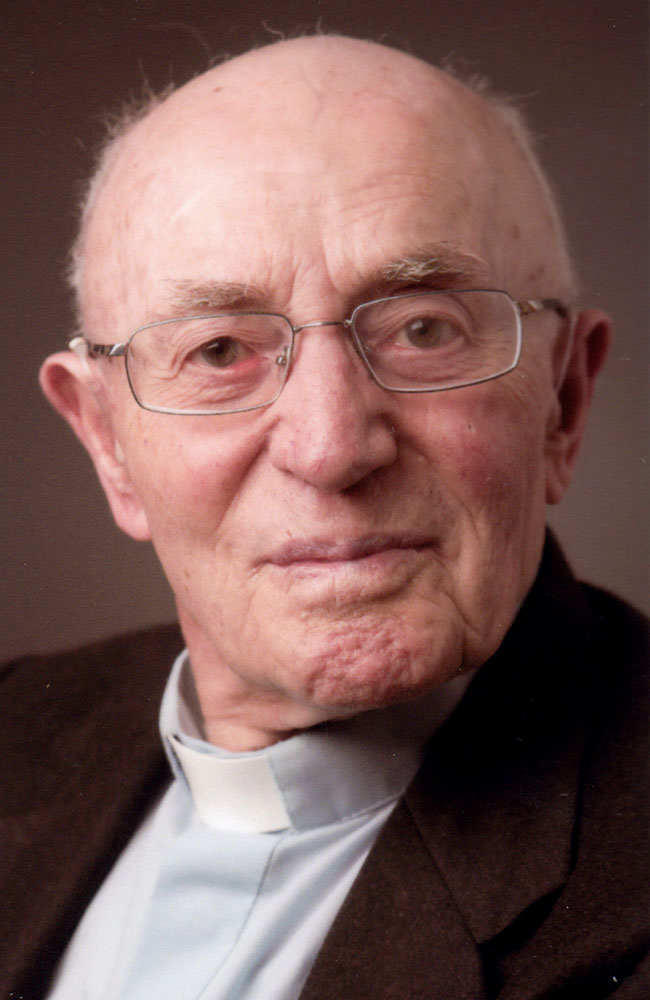 He asked me what I expected of him. Without realising what I was saying, I told him: "Check my translation of Luke and evaluate my interpretations." This he did systematically. When the day came, I appeared before a beautifully concentric jury: on either end were the two Jesuits, Beauchamp on the left and Vanhoye on the right; then, next to Beauchamp was my first director, Georges Mounin, and next to Vanhoye my second director, Jean Molino; and finally, in the centre, was Madame Garde-Tamine. During the festivities after the defence, the Superior of the residence, Jean-Paul Mensior, asked his fellow scholar Albert Vanhoye: "How much time did you spend reading this thesis? A week?” Vanhoye replied: "Oh no, much more!” That's telling! When he said, "It’s a service to be rendered,” they were not just empty words. They meant something. And he was the Rector!

When in 2006 we founded the "International Society for the Study of Biblical and Semitic Rhetoric", he accepted the position of Honorary President. He had become a Cardinal by then. It was another "service to be rendered"!

The time came for him to retire to the infirmary, where he celebrated his 90th birthday. I used to visit him every Tuesday on one of my weekly outings. Finally, a difficult time came when he had nothing more to do, so I ventured to suggest that he correct what I was writing. He did so in his characteristic manner as a “scrutinizer” (his own term), and he did so with great generosity and competence. Until one day, when he told me that he could no longer continue. He had arrived at a different kind of "service to be rendered".

Share this Post:
Arturo Sosa: “To place Jesus, the Christ, at the centre, and therefore to change ourselves.”
Father General in Catalonia – 1st stop: IQS
Posted by Communications Office - Editor in Curia Generalizia