Fr. Arturo Sosa, as Superior General and as part of the Ignatian Year, is celebrating the feast of St. Ignatius, this year, in Manresa, Spain. This emblematic place reminds Jesuits and the entire Ignatian family that it was there that Ignatius of Loyola reflected upon and prayed about his life, and where he laid the foundations of what would become the Spiritual Exercises. Father Sosa arrived in Barcelona and the Jesuits invited him to visit a rather unique academic institution, the IQS (Instituto Químico de Sarriá). Originally dedicated to chemistry, as name testifies, this centre has broadened its offerings in various fields, mainly technological.

Father General met with the members of the Centenary Commission, that is, the centenary of the Alumni Association, founded in 1921, five years after the IQS was established in Barcelona, in the Sarriá neighbourhood. The members had the opportunity to present to Father Sosa the objectives of their association for the coming years, in interaction with the IQS and its philosophy of training scientists and technicians who are marked by human and Christian values.

The president of the entity which runs the IQS, the Fundación Privada IQS, Centro de Enseñanza Técnica Superior, is Father Enric Puig Jofra. He summarised for us the history and commitments of this centre of higher education. In 1905, the Society of Jesus founded the “Ebro Chemistry Laboratory” (Tarragona Province, Catalonia). In 1916, it moved to Barcelona in the Sarriá district, where the current IQS was established. From 1984 onwards, the institution was no longer legally under the control of the Society of Jesus but was handed over to the Fundaciôn Privada IQS, supported by the Society of Jesus. The Delegate of the Provincial for Catalonia appoints the members of the nine-person “Patronato” that runs the foundation. Three Jesuits are in office, including Fr. Puig Jofra as president. 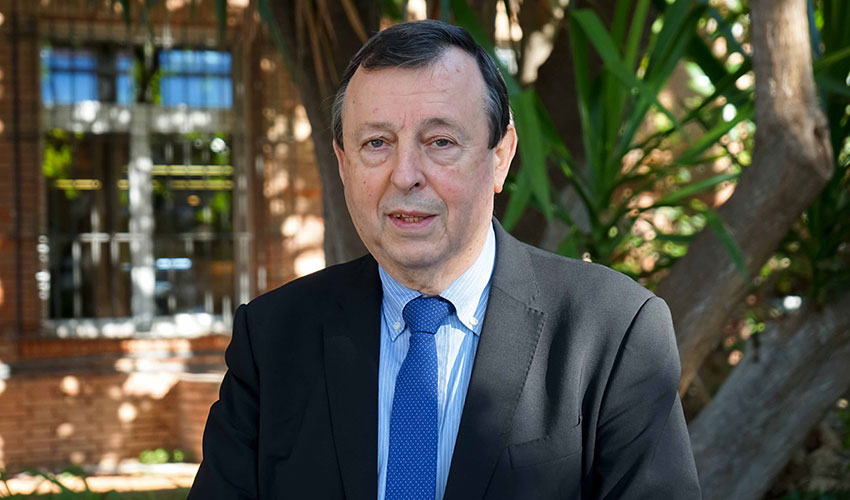 When asked if chemistry, science, engineering and business administration - the main focuses of the IQS programmes - are areas where the spirit of the Society’s Universal Apostolic Preferences can be lived, he replies:

“The motto of our institution is ‘Person, Science and Enterprise’. We believe that this allows us to integrate the formation and experience of the Universal Apostolic Preferences. Our Chair of Ethics and Christian Social Thought is responsible for training in these aspects in each of the degrees we offer. This team also deals with the more experiential aspects for those students who wish to be more involved: accompaniments, celebrations, retreats and Spiritual Exercises, volunteering.”

Enric Puig Jofra sees his role as one of ensuring the integral nature of the formation offered at IQS. This means ensuring that those who pass through this school of higher education acquire both a solid human and Christian formation and a solid academic preparation in order to assume positions of responsibility in their areas of expertise.

So, we may ask, is this feasible? We talked about this with a chemical engineering student, a Jesuit, Alain Pitti Djida. This is his testimony:

“I am a Jesuit from Cameroon, a chemist by training, ordained a priest in 2019. At IQS, I did a Master’s degree in Pharmaceutical Chemistry and Chemical Engineering and I am currently doing a PhD in the same field. My research work aims to design a remedy against a virus that affects cassava and tomatoes in order to improve local production, which will undoubtedly have a significant impact on improving the living conditions of African populations. I think that the Society in Africa could make a huge contribution in this direction. 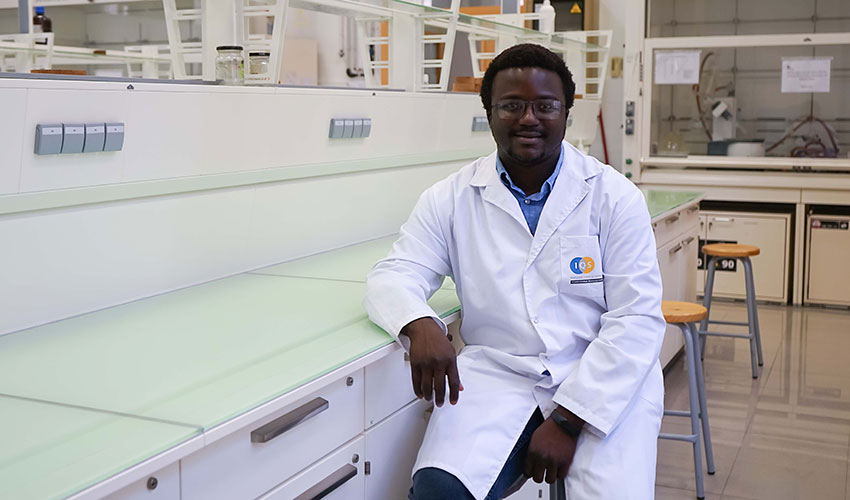 My interest in chemistry stems from my teenage years. In high school, I was good at doing chemistry experiments. So at the university, before joining the Jesuits, I opted to study applied chemistry. In regency, I taught chemistry at the Collège Liberman in Douala. Then, as part of a project of our Province, I was sent here to Barcelona to specialise in pharmaceutical chemistry. The objective is to create a pharmaceutical production laboratory within our University Hospital Centre (CHU) Le Bon Samaritain, in Ndjamena, Chad. I really want this project to take shape so that the poorest people can benefit from all the knowledge I have acquired during these years of hard work.

Our second Apostolic Preference invites us to ‘Walk alongside the poor and the excluded.’ For me, this path, in the African context, passes through the improvement of the conditions of health care of our populations; it also passes through the transmission of scientific knowledge and formation. I can even say, without exaggeration, that the fact that the Society wants to respond to the need for good quality health care in Africa, particularly in Chad, is a ‘sign of the times.’ For my part, a specialisation in this field of biomedical sciences is my response to the call to walk alongside the poor and excluded of our societies in Africa and elsewhere.”

Once again, on the occasion of a visit to the IQS in Barcelona, Father General had the opportunity to see the variety of the commitments of the Society of Jesus which, for example in higher education, remains focused on the implementation of the mission entrusted to it by the Lord: to make life better, humanly and spiritually, in particular for the poor and for the younger generations.