Sainthood and canonization… getting ready for 12th March

During the Ignatian Year, an important date, 12th March 2022, marks the 400th anniversary of the canonization of St Ignatius. Pope Gregory XV, on 12th March 1622, officially recognized, in the name of the Church, the quality of life and commitment of five witnesses to the Gospel: two Jesuits, Ignatius of Loyola and Francis Xavier, Teresa of Avila, reformer of the Carmelites, Philip Neri, founder of the Oratory, and Isidore the Laborer, patron saint of farmers and Madrid.

One of the main officers in the Curia is the Postulator General, Fr Pascual Cebollada. He is responsible for preparing the files for the causes of canonization of Jesuits who have been recognized for their exemplary lives. We asked him to tell us about sainthood...

Holiness is a thing of God. He is the Holy One, with capital letters. We are all called to holiness as His creatures destined to live with Him forever. But, between our birth and our death, we can decide and act freely. We have the example of the Lord Jesus, who spent his life doing good. And his Spirit continues to guide us in our daily lives.

A saint is a person who allows himself/herself to be led by this Spirit and is, in this way, in God's hands. With open hands, the individual offers the Lord his/her projects, time, achievements and disappointments, thoughts and opinions. This person lives every moment of life actively, with open eyes and ears, and tries to respond in every circumstance, before his/her brothers and sisters, as the beatitudes indicate: as poor in spirit, merciful, pure of heart, hungry for justice and peace... He/she does everything with God, does nothing without God, and others often perceive this as well. In this way, that kind of life, even with imperfections, is similar to that of the Lord. 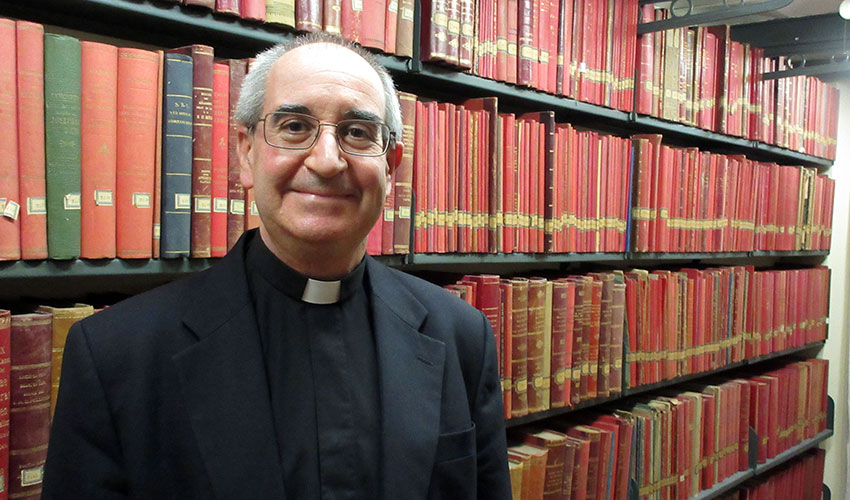 A cause of canonization begins in the Church when a good part of God's people discover these attitudes personified in someone they even knew before his or her death and who now helps them to live a better Christian life. They also pray to this person and ask for his or her intercession before God for their needs. Moreover, they think it is important that this testimony reach many others who are distant in time and space, as it will generate more life. Then a whole ecclesial process of gathering information - with oral witnesses and written documents - can begin in the diocese where the person died, to show his or her holiness. This, in the case of someone who did not die "in hatred of the faith" - the faith or virtues linked to it - i.e. a martyr. In the latter situation, a similar work is carried out, with an emphasis on the circumstances of death, both on the part of the victim and of the murderer. In both cases, a clear testimony of the Gospel is detected, but in a particularly significant way in a martyrdom, so frequent in the first centuries of Christianity and present throughout history.

On the basis of this exhaustive collection of data, it is up to the institution that has asked the Church for the canonization to draw up a written document in which the evidence indicating that the person could be considered a saint is given in detail. This so-called Positio is studied and judged in the Vatican by the Congregation for the Causes of Saints. If the cause goes ahead, the Pope will authorize a declaration of virtue (Venerable,) beatification (Blessed) or canonization (Saint) for this extraordinary Christian. A martyr will need one recognized miracle through his intercession to become a saint, while a "confessor" will need two.

The first two Jesuit saints were Ignatius of Loyola and Francis Xavier, canonized in Rome on 12th March 1622 along with Isidore the Laborer, Teresa of Avila and Philip Neri. Today the Society of Jesus numbers 53 saints, 34 of them martyrs. Thanks to these procedures, we are better acquainted throughout the world with such diverse lives and personalities, each of them appealing to someone or other. Since 400 years, the process towards canonization has changed somewhat, but the path to sainthood remains the same.

A life of holiness through simplicity: Brother Marcos Figueroa, SJ

On 17 December, Pope Francis approved the declaration of the heroic virtues of the Jesuit brother José Marcos Figueroa. He is thus considered “venerable”, a step towards official recognition of the holiness of his Christian life.

November 13th is the feast of St. Stanislaus Kostka, patron saint of Jesuit novices. This young Pole wanted to join the Jesuits at the tender age of 14, but candidates so young were not admitted. At the age of 17, however...

Homily for the Feast of St. Alphonsus, the porter

Alphonsus Rodríguez had an unusual journey in the Society of Jesus - but he is not the only one! From being a young businessman (even a teenager) who took over the family business when his father died, he got married, had three children...

Pilgrimage and Way of the Cross in the footsteps of St. Jacques Berthieu

During his visit to the Province of Madagascar at the beginning of October, Father General Arturo Sosa visited the shrine of St. Jacques Berthieu. He blessed the last ‘station’ of the Way of the Cross of Father Berthieu and...