At the General Curia, Jesuits come from all walks of life. The communications team seeks to “track down” Jesuits who work in uncommon spheres and who, through their testimony, can provide an image of the diversity and universality of the Society of Jesus' involvement in the service of the Gospel.

This is what Pierre Martinot-Lagarde, a Jesuit from the French-speaking Western European Province, tells us...

Yes, I am an international civil servant, not directly of the UN, but of the International Labour Organization. I received this mission from the Society and from my Provincial some years ago.

The position is unique because it is the result of an agreement between the Director General of the ILO and the Holy See. The Christian movements were very active in the debates that preceded the birth of the ILO in 1919. It was in fact to give them a place that the position was created in 1926. Today, I am still working with the Holy See, the Christian movements, but also the various religious denominations. The central point is the promotion of human dignity in the world of labour. 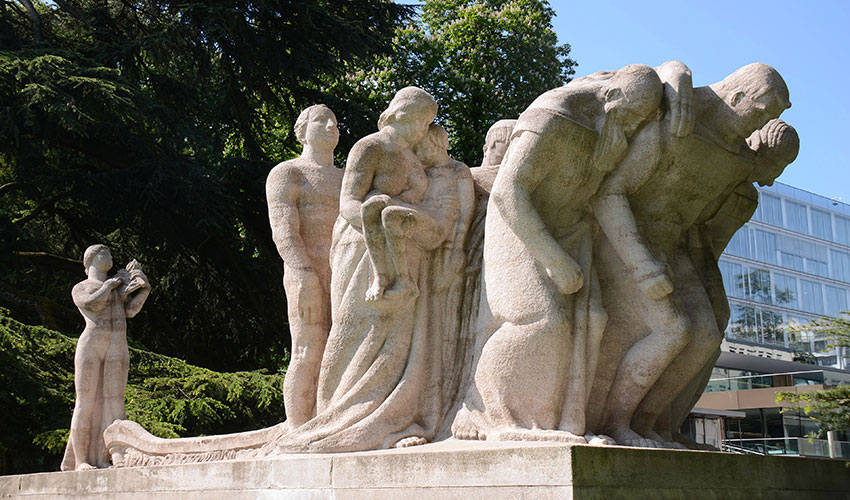 In your opinion, why is this position suitable for a Jesuit? Can the ILO be considered “at the frontiers”?

It is indeed a “Jesuit job”. I experience it as a very strong continuity with the work I had done before. There is an important convergence between the Church’s social doctrine and the ILO’s mandate: recognising the dignity of work and of workers is an essential path to social justice. I felt a strong connection from the start. Very practically, I work with many organisations, some of which I knew before, that work with Jesuits. And that’s good.

So, at the frontiers? In a sense, definitely. Across and beyond frontiers too. The central issues of the future of work know no boundaries. Attempting to improve workers’ rights, to strengthen their protection, to facilitate access to work, only makes sense and is only possible if we are concerned about all those who work, in the North as well as in the South, in the formal and informal economy, in low-tech or high-tech tasks. This was the thinking behind the founding of the ILO, and I can relate to it quite well.

At the same time, I feel that I am also at the heart of the Church, of its mission. What does work mean in everyone’s life? Eight hours a day for the lucky ones, often more, especially if you add everything that is done at home and between home and work. So isn't it absolutely essential to bring the Gospel to this time? Not in a simplistic way, with a flag or a Bible in our hands, but by making sure that everyone can be there in their dignity, fully themselves, with and for others, before God. 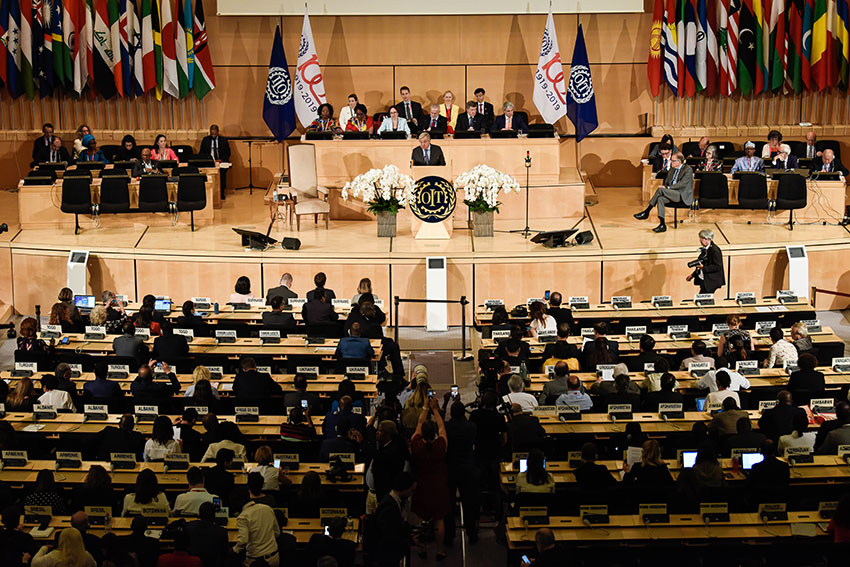 The world of diplomats, the UN, the city of Geneva... all this does not seem to be very close to the concerns of the Universal Apostolic Preferences of the Society, especially the accompaniment of the poor. How do you see yourself?

First of all, my work is not primarily with diplomats. It is first of all, in very concrete terms, to try to give access to places of deliberation and decision to those who come from further away, who are more precarious. Young workers, workers in the informal sector, migrants.

So I experience this dimension of accompanying the poor. But, in fact, there is something of all four Preferences of the Society. I have worked with great pleasure with the young workers’ movements: so with young people too. With the Church movements that are interested in labour we tried to work towards a discernment, in an approach that was indeed spiritual (Preference 1) and not simply militant, to promote work that also allows the safeguarding of creation (Preference 4). This is natural, as these Preferences converge very strongly. This led to a four-year project entitled “The future of work, work after Laudato Si’”.

Can you give us an example of a project in which you have been involved that has had a positive impact... on the world?

The most significant example is obviously the coalition and programme for the eradication of the worst forms of child labour. This programme is based on clear international standards from the ILO and ratified by all countries. Between 2000 and 2016, concerted initiatives between the ILO and the countries concerned have reduced child labour by 96 million (for an estimated 150 million children affected). Many Catholic organisations are involved. The Pope himself has taken up the cause. Yes, progress is possible there, as well as in areas like developing more social protection, safeguarding domestic workers, guaranteeing fundamental freedoms. On many of these issues, the voice of the Catholic Church matters. It must not fail to be heard.