“In every house I’ve lived in I’ve planted roses, because the wonder of seeing a plant in bud and flowering helps me to pray. In the house here we have three small gardens, and just now as I wandered over to the roses, I realized that they have flowered all year long, quite as if, what with the pandemic, they were saying, ‘We’re going to help the Fathers’.”

For Brother Marcos Alonso Álvarez, who has been a Jesuit for more than 60 years, his experience of life as a religious has been just like the marvel of roses in bloom. In each of his postings the Lord has allowed certain buds to flower in his life and others to fade away, yet the rose has kept the grace of blooming anew.

The desire to serve others arose while he was a teenager. “I approached a nun, Mother Jacinta, and talked the idea over with her. She introduced me to the work of the coadjutor brothers of the Society. I met the brothers, saw what they did, and it appealed to me.”

In 1961, he took his vows. “Then I went off to start work,” [he laughs]. “That was how we did things then. I was a kitchen assistant mentored by the fantastic Brother Luis Escalera, who died recently. When I finished formation, I was sent to the community in charge of the Church of the Holy Spirit in Puebla.”

There, he was part of a ministry providing education to poor children, who, in a sense, were also roses trying to bloom. “I was there for 23 years. I worked in the mornings and in the afternoons, I studied accountancy so that I could support the ministry more effectively. For the last 10 years I was director of administration. With help from benefactors, we were able to keep the project going. It helped more than 1,000 children. We managed to get some businesses to offer the young people opportunities, because they could see they had received a holistic formation. We tried to provide them with the tools that would enable them to get ahead in life.” 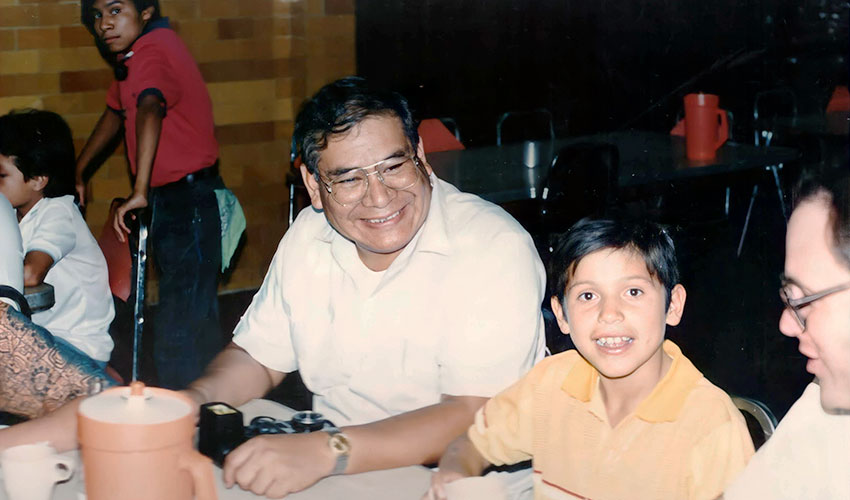 “Afterwards, I was sent to the Ciudad de los Niños (City of Children) in Guadalajara. There, I supported 130 children aged between 9 and 12 years-old. They came from the street and found living together challenging. They were in a very bad way when they arrived, and needed affection. In the morning, we would help them to study and in the afternoons we would organize sporting or cultural activities for them. It was really satisfying to see how their way of relating to each other and to their families changed.”

Dispatched to the city of Torreón, an area which is virtually desert, he then helped out in a parish centre that supported ejidatorios (members of Agrarian co-operatives). “I went from hearing the shouts of schoolchildren 24 hours a day to immense solitude.” Subsequently, he helped out in another parish as an administrator, minister and bursar: “I had the privilege of living alongside many immigrants who turned up asking us for help so they could keep going.” And so, for 13 years, he watched roses bloom in the loneliness of the desert.

Afterwards, he spent 11 years as an administrator and minister in the Peter Canisius community, an infirmary in Guadalajara. “Supporting our sick brothers and fathers was a lovely job, but heavy going. It made me very sad to see how some Fathers, who had been great teachers, preachers and missionaries, ended up alone. They were not abandoned but they were certainly very alone.” No, they were not abandoned. For they needed the care he offered them, just as roses that produce new shoots in the desert still need to be nurtured. 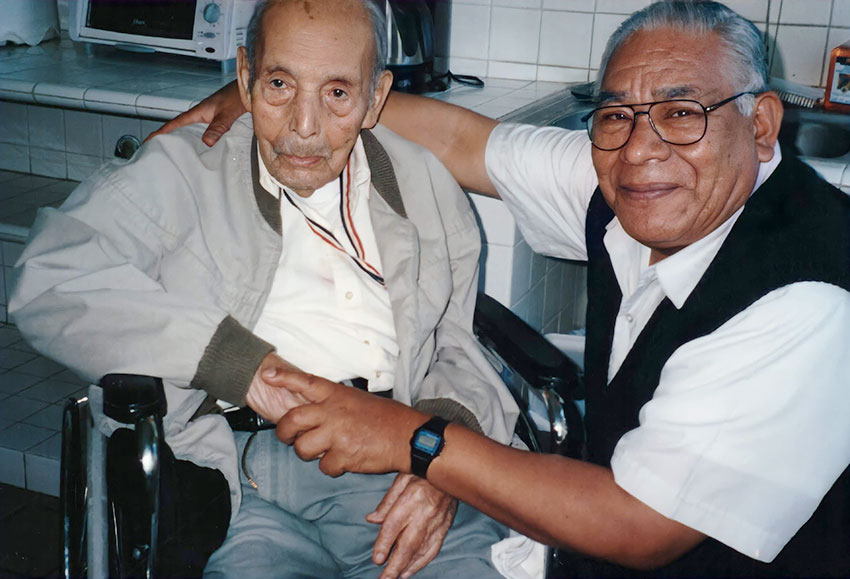 “Now I am here in the Holy Family community in Mexico City, as a minister and in charge of hospitality. I am very happy. I can no longer work the way I did before but I am still making an effort.” Due to the pandemic, the house has not received any guests recently, but anyone who stays in the community always comes back with reports of a very generous welcome and tales of Brother Marcos.

His way of relating to the most needy, of working with a whole heart, is the fruit of the relationship he cultivates with God. “What sustains me is prayer, the Eucharist and the Exercises. For me, God is a Father who loves us all and yet I feel that he has a very special love for me. That is why he has given me the grace to fulfil my vocation. I am very grateful to God because, although I didn’t deserve it, he has given me the vocation of being a brother. And the Society accepted me just as I am... it didn’t ask any great abilities of me. I am grateful that, as they emphasized in our formation, the life of every brother is hidden. It is not highly visible in the world. I have always thought it so lovely that the Lord lived like this for 30 years and no one knew anything about him. That is how I feel called to imitate Christ. I’m not bothered about the limelight. What I care about is serving the Lord and being with him.”

“All things seemed new to him...” That was the phrase that Ignatius passed on to Gonçalves de Cámara. In this brief interview, Brother Marcos has made us a gift of his own insight or “Cardoner experience” moment. It implies trusting that God will always bring forth new shoots of life from a rosebush. If shared with the Lord, our life will never become routine. For the Lord never tires of renewing us.

CPAL Missions
Share this Post:
The diary of a cannon ball
“Father, you have no idea what’s going on in a factory”
Posted by Communications Office - Editor in Curia Generalizia

“Not one more death” – Statement by the Jesuits of Peru

In Peru, in a context of great political tension that has seen President Pedro Castillo imprisoned after he tried to dissolve the parliament, demonstrations have turned violent in several parts of the country. The Jesuit Province of Peru issued the following statement.