Jad-Béchara Chébly, SJ - Beirut (Lebanon) - The Province of the Near East
[From “Jesuits 2022 - The Society of Jesus in the world”]

Just days after the explosion, considered the third worst in the world, in Beirut on 4 August 2020, I celebrated my sixth year of priesthood. On that day, however, the broken bread was not inside the Church: it was scattered, crushed, shot to smithereens in the streets of Beirut. The broken bread belonged to the casualties whom we counted in their hundreds! The broken bread was that lost old woman with a stunned expression on her face, squatting on the debris of what had once been her home. The broken bread meant the boundless smiles of our young volunteers whose generosity could only be compared to those words of Christ at the Last Supper that I, his priest, have repeated tirelessly for the last six years: “Take this, all of you and eat of it. For this is my body!” 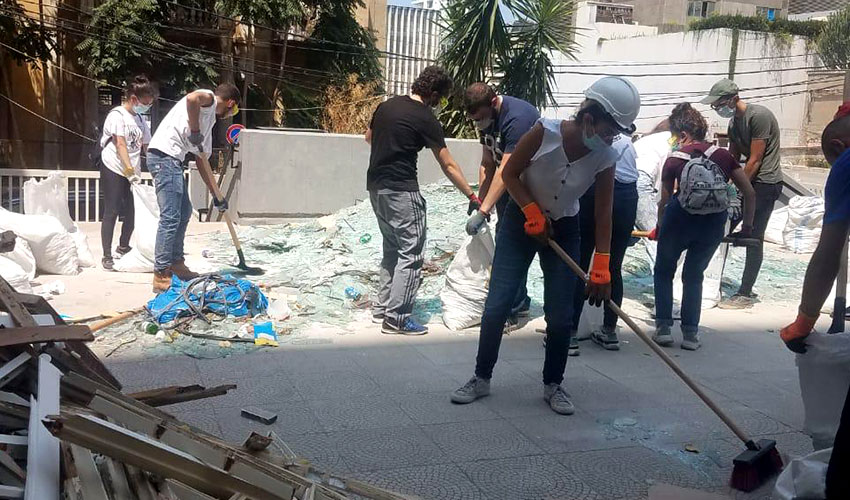 I am 43 years old, and since I came into this world, everything has been about rebuilding, accepting, rebirth, the marvel of a people who lick their wounds, get back on their feet, start to walk and forget, only to then repeatedly make the same mistakes all over again! Bitterness is the feeling I have, and an aftertaste of bile, a raw, burning rage and a sense of being imprisoned. Yes, imprisoned. I feel hostage to a never-ending present, the prisoner of a present which has no yesterday. It has been swept up along with the debris of a city that no longer exists. This present is cut off from any possibility of “tomorrow.” I feel enslaved by the oblivion of the present, this eternal beginning. Like a modern-day Sisyphus, I am forced to push ad vitam aeternam the boulder of a reconstruction that is no longer the synonym of life but of a death anchored to an endlessly repeating present, akin to a never forgiven sin. Reconstructing Beirut today is not about choosing life but choosing oblivion.

This year my priesthood bears the colours of failure, of a fall, a defeat, an enforced stay in bed, a radical change of life, dreams, desires, in short, an upheaval. The very upheaval that has just shaken the country has also rattled my priesthood. It has called into question what I assumed, until that fateful moment, were solid convictions, striking my priesthood down, for its legs, so to speak, have been shattered by a cannon ball. Simultaneously, this has laid waste to priestly ambitions, dreams and vanity. 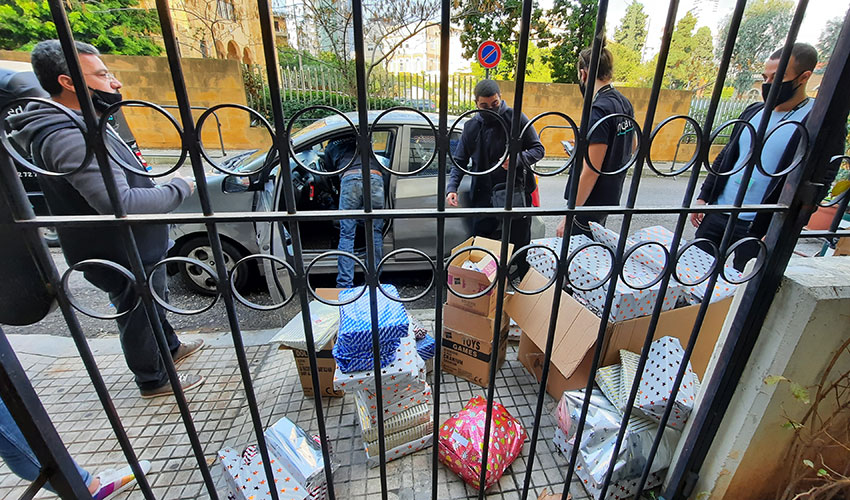 My priesthood, my life, my commitment, my mission, my people and my country... are all caught in this whirlwind of a year with no end! The year 2020 began with the revolution of 17 October 2019 and still has not ended, if we count the disasters rather than the months. This is the year of every conceivable sorrow: revolution, inflation, monetary devaluation (our currency has now lost 100 per cent of its value), money stagnating in banks, a political deadlock in national government. Then to cap it all came two further setbacks: the explosion that destroyed Beirut and our last hopes, and a pandemic which has reduced human relationships to timid smiles concealed behind masks and the fear of a death which stalks the labyrinth of the ruined, impoverished cities of a blighted nation.

This year, I celebrated my priesthood surrounded by sacks of rice and sugar, amid food parcels and pre-packed sandwiches destined to feed those who no longer have anything. This year, my priesthood is bitter with the tang of scattered, innocent blood yet it is also seasoned by the spirit of love and generosity of the hundreds of young people who have responded to this crisis. 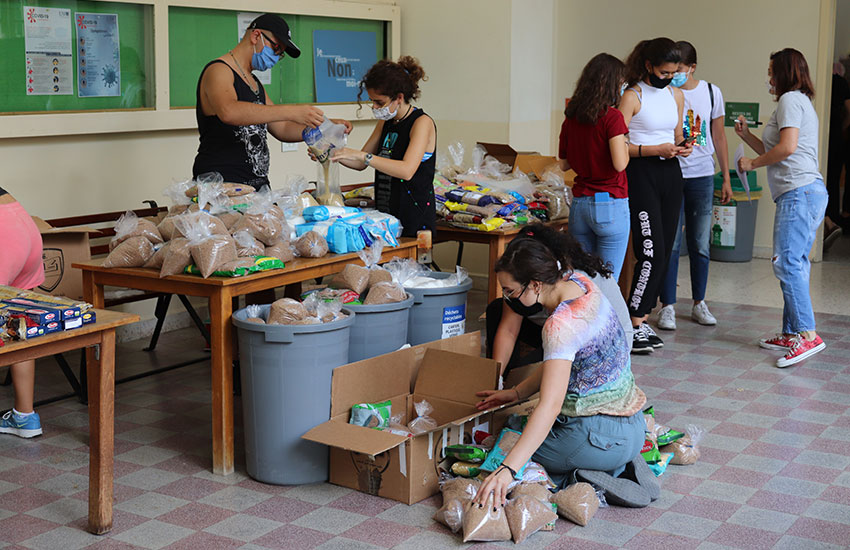 My priesthood is vested this year with the fullness of its meaning thanks to those young people who teach me today and always the meaning of giving. My priesthood has recovered all its meaning through an invitation to give without counting the cost or expecting anything in return.

And it has discovered its full meaning by vowing to dispense with the prefix “re” in “re-born,” and to jettison the “again” in “getting up again”. It has taken the firm decision to be born into the Life that can only flow from a genuine conversion that is triggered by a cannon ball. That ball then turns into an Easter moment, a present open to a future that is radically different, a life that is radically other, that does not dream of immortality, or the endless cycle of a life with no end but desires eternity and Life with all the changes and surprises it brings. My cannon ball brings me face to face with my own understanding of the death and Resurrection of the Lord, of Christ, the Verb of God. He, who is the Word through whom creation was made, plants in the very heart of despair, the most awful part of the human condition, a path that leads towards an encounter. And even if the utter uncertainty of the present moment remains, it is accompanied, nonetheless, by the imminence of encounter. This encounter with Christ occurs through the young, those who no longer aspire to re-build but to create, who do not seek to repair but instead to build.

And in a Lebanon still prostate in its bed, I raise my eyes towards Jerusalem, the place of all new beginnings.

Showing the way to God JCEP Spirituality
Share this Post:
Having in mind the dalits and the transgenders
The shoots of the rosebush: Life that is hidden and always new
Posted by Communications Office - Editor in Curia Generalizia

The Society of Jesus through its parishes, schools, social centers and retreat houses has responded as one body since February 24. Fr. General has asked Jesuit Refugee Service Europe to coordinate this response for the medium and long term.