This June, Jesuits specializing in liturgy gathered in Rome for the latest congress of the Jungmann Society to explore the relationship between liturgy and the Universal Apostolic Preferences (UAP) of the Society of Jesus. A brief review.

What is the Jungmann Society?

Founded in 2004, following a 2002 conference on liturgy and the Society of Jesus convoked by Father Kolvenbach, the International Jungmann Society for Jesuits and Liturgy gathers dozens of Jesuits from five continents in biennial congresses for mutual encouragement, development, and reflection on liturgical topics of interest to Jesuits.

How are liturgists relevant to the UAP?

In his opening presidential address to the recent Jungmann congress, John Baldovin (UEA) noted Vatican II’s assertion of the intrinsic link between liturgy and life (Sacrosanctum concilium, no. 10). As “summit and source of the church’s life,” however, liturgy is not an instrumental means to be adapted arbitrarily to whatever particular agenda. Likewise, the UAPs are not ends in themselves but, rather, means for deploying our mission of reconciliation and justice. Our shared participation in liturgy forms us in the character of the UAPs, strengthening the integration of our apostolic and communal life. 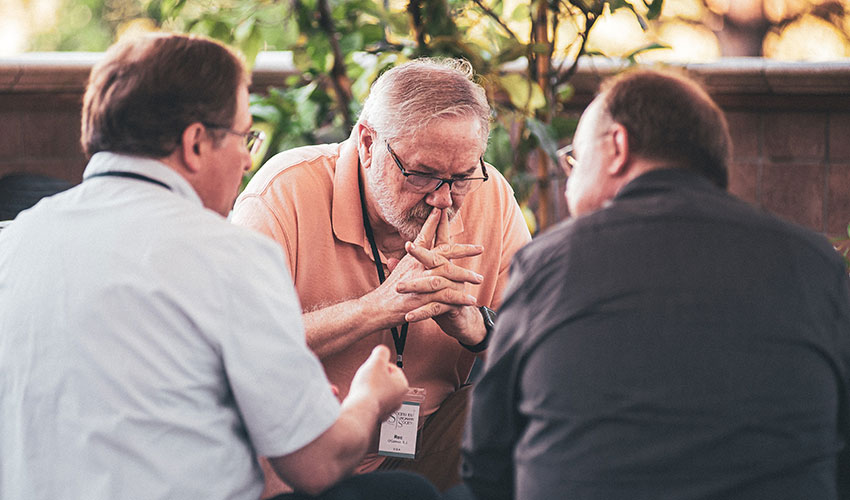 Concretely, what does this say for each of the UAPs?

In his homily during the congress’s closing liturgy, Father General Sosa insisted on the preeminence of prayer and communal discernment at the heart of the UAPs. In an earlier congress address, General Consultor John Dardis (HIB) likewise recounted the extent to which the liturgy had elevated the quality of discernment among Father General and his consultors that lead to the UAPs. Questions posed from the liturgy were fruitfully destabilizing (“squilibrio,” per Pope Francis), thereby enhancing the process.

For Cardinal Michael Czerny (CAN), prefect for the Dicastery for Promoting Integral Human Development, the liturgy moves us, in Christ, from “I” to “we.” It enables us to say “we” with the excluded, such as immigrants, and to fight against, in Pope Francis’s words, the “globalization of indifference.”

Canadian Provincial Erik Oland pointed out a number of parallels between liturgy and the first UAP, particularly with regard to the Exercises. Paraphrasing GC 36, “Why don’t the Exercises change us as profoundly as we’d hope?” (Decree 1.18), Oland posed the same question about liturgy. The answer may lie in the interchange between the two.

Finally, developing a liturgical theology from Laudato Si,’ Msgr. Kevin Irwin, of the Catholic University of America, highlighted significant yet often ignored liturgical resources with respect to creation and the ecology. 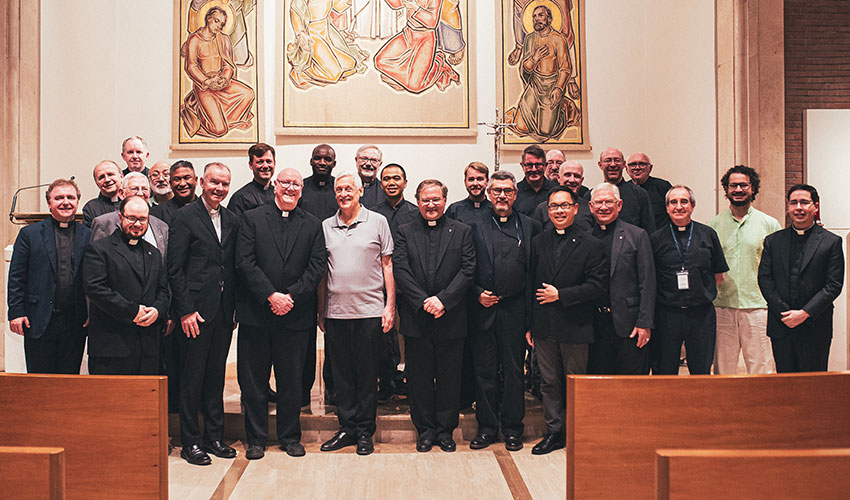 Did Rome afford other encounters?

Cardinal-designate Arthur Roche honored us with a lengthy letter. The prefect for the Dicastery for Divine Worship and the Discipline of the Sacraments asserted the present urgency for liturgical formation at the heart of the church, exhorting us resolutely to engage in it. The apostolic letter Desiderio desideravi, published just after our congress, goes exactly in that direction.

Likewise, Postulator General Pascual Cebollada (ESP), responsible for liturgical affairs, vigorously called on us to help the entire Society: in the editing the Society’s proper ritual books, by promoting effective liturgies so that our vocation not be solely action-oriented, as well as providing liturgical formation integral to the entire Society, especially for the scholastics.

Each congress devotes a session to the subject of liturgical formation. Due to the pandemic, the Jungmann Society will discuss formation by video conference in November. Mark Ravizza (UEA), General Consultor for Formation, will participate.

The work includes, of course, holding our congress every two years, producing publications beneficial to all Jesuits. Any Jesuit keenly engaged in the field of liturgy or its related arts, devoted to pastoral liturgy or teachers of liturgy, are welcome to every congress, even if not Jungmann members. Scholastics may participate upon beginning theology.

The resources that we share with the animals around us, are an important part of what it means to be a human. Water is central to that as it is the lifeblood of every living creature on this planet.