The gigantic work of the Jesuit Martino Martini (卫匡国)

Have you ever heard of the Jesuit missionary Martino Martini? Although his work on China was one of the most important sources of knowledge about that Oriental country in the 17th century, he is still not well known. Much is said about Father Matteo Ricci, who succeeded in gaining the confidence of the Chinese imperial court at the very beginning of the 17th century. However, Martini, Ricci’s fellow Jesuit priest from Trent, who also contributed to the presence of the Society of Jesus in China in the middle of that century through his scientific approach, is much less known.

Martini had many talents. He was the first to compile a Chinese grammar (for the Western world), the first Western historian of pre-modern China, and the first European geographer to have access to the Chinese administrative bureaucracy to create new maps. He is often considered one of the fathers of Sinological studies. 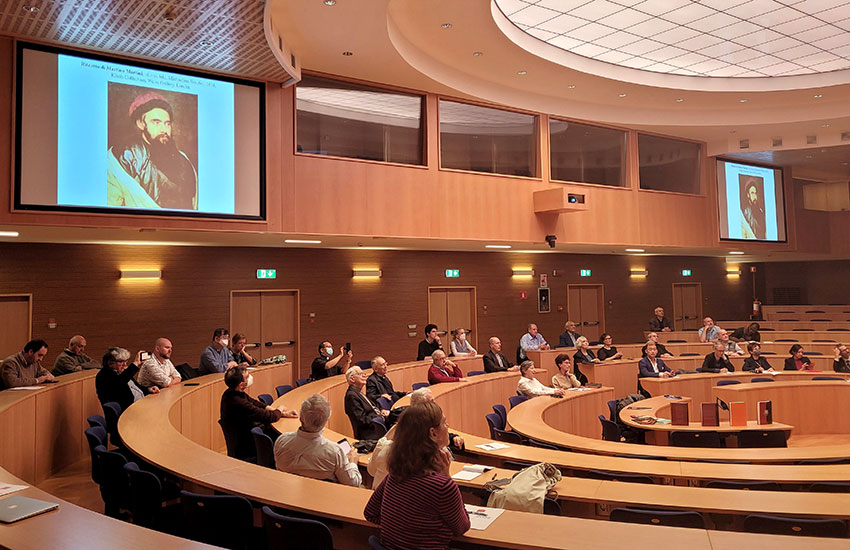 Martino Martini wrote extensively. After ten years on the Chinese mainland (1643-1653), he returned to Europe and disseminated the results of his research into Chinese geography, history and culture. He did so in seven languages, travelling through several European capitals. He returned to China in 1656, dying in Hangzhou shortly after, on 6 June 1661.

His collected works are known as Opera Omnia (the complete works) and their publication has just been completed under the leadership of the Centro Studi Martino Martini, Trento, Italy. Collaborating with this center, the Archivum Romanum Societatis Iesu (ARSI) prepared a public presentation of the eight volumes of the Opera Omnia at the General Curia, in the Aula of the Congregations, which took place on Wednesday 26 October. 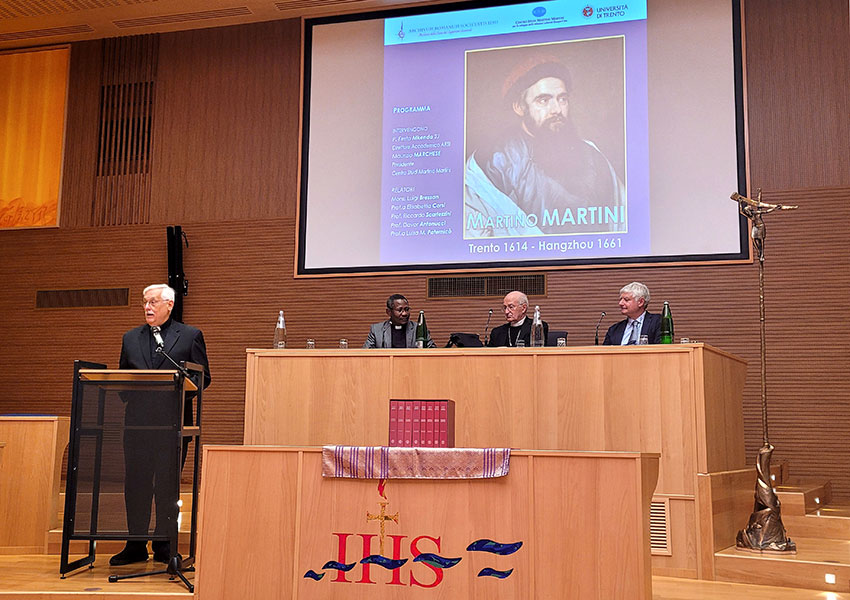 Father General Arturo Sosa spoke first. His intervention was followed by remarks from Archbishop Luigi Bressan, emeritus of Trent, who also contributed significantly to the preparations of the event. Then, the Academic Director of the Archives, Fr Festo Mkenda, gave his talk. Other researchers and sinologists offered their testimonies. Some of them have been at work for 20 years on the preparation of this unique publication under the direction of Professor Riccardo Scartezzini. The Centro Studi Martino Martini works closely with the University of Trento. The Archdiocese of Trento also participated in the publishing of the Opera Omnia.

This is the result of a colossal scientific teamwork. The publication of Martino Martini’s Opera Omnia in Chinese is currently being prepared, which will ensure its wide dissemination. 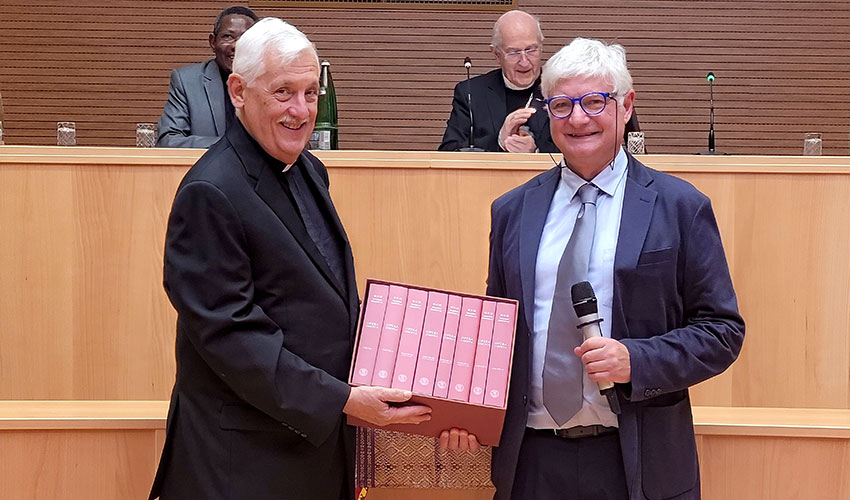