A tradition charged with meaning, a sign that still speaks to us today

Straw was the first cradle of the one who came to offer new life to humanity. The Gospel of St. Luke laid the foundation for what we know as the “Christmas crib”. It simply states that because Mary and Joseph could not find a place to stay in Bethlehem, they withdrew to the countryside, to a cave or stable, and Jesus was born there.

As early as the 2nd century, stories shared by Christians highlighted this humble origin of the Son of God coming to earth. But it is thanks to Francis of Assisi that this tradition, which “stages” Mary, Joseph, Jesus, the donkey and the ox, the angels, the shepherds, and eventually the Magi from the Orient, has spread far and wide.

Francis had been very touched, during his trip to the Holy Land, by his visit to Bethlehem. The caves in the village of Greccio, in Italy, reminded him of the landscape of Judea. For the Christmas feast of 1223, he wanted to reproduce the scene of Jesus’ birth with the people of the village. On the night of 24 December, the faithful gathered in a place prepared by one of them, a man called John, who had set up everything. St. Francis arranged for mass to be said by one of the other friars on the manger, making clear the link between the Incarnation of the Son of God and the Eucharist: in both cases, it was God who was offering himself to the world. It was a “living crèche,” because the characters were the inhabitants of Greccio.

Take a look at the photo-essay showing the Christmas nativity scenes displayed under the colonnade of St Peter’s Square in Rome, an initiative of the Dicastery for Evangelization. Each tableau also proposes a sentence from Pope Francis’ apostolic letter entitled Admirabile signum (“An admirable sign”). We wish you a beautiful Christmas meditation! 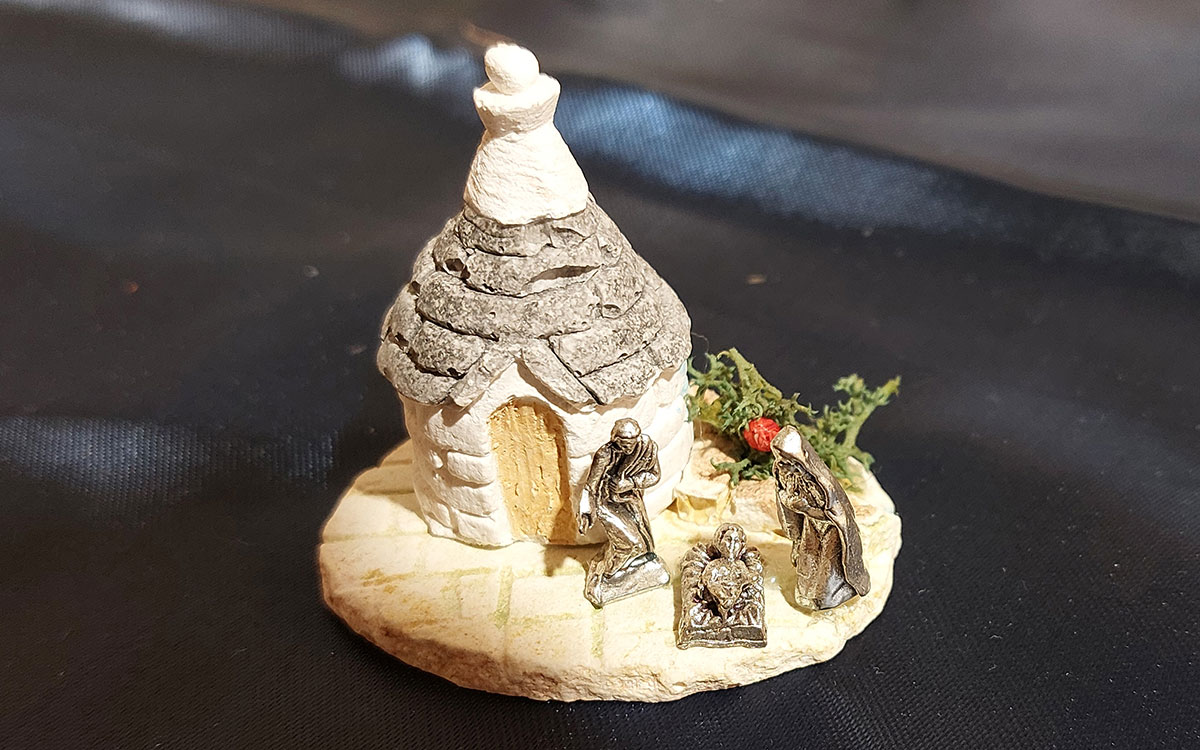 The enchanting image of the Christmas crèche.

From the Apostolic Letter of Pope Francis "Admirabile Signum" 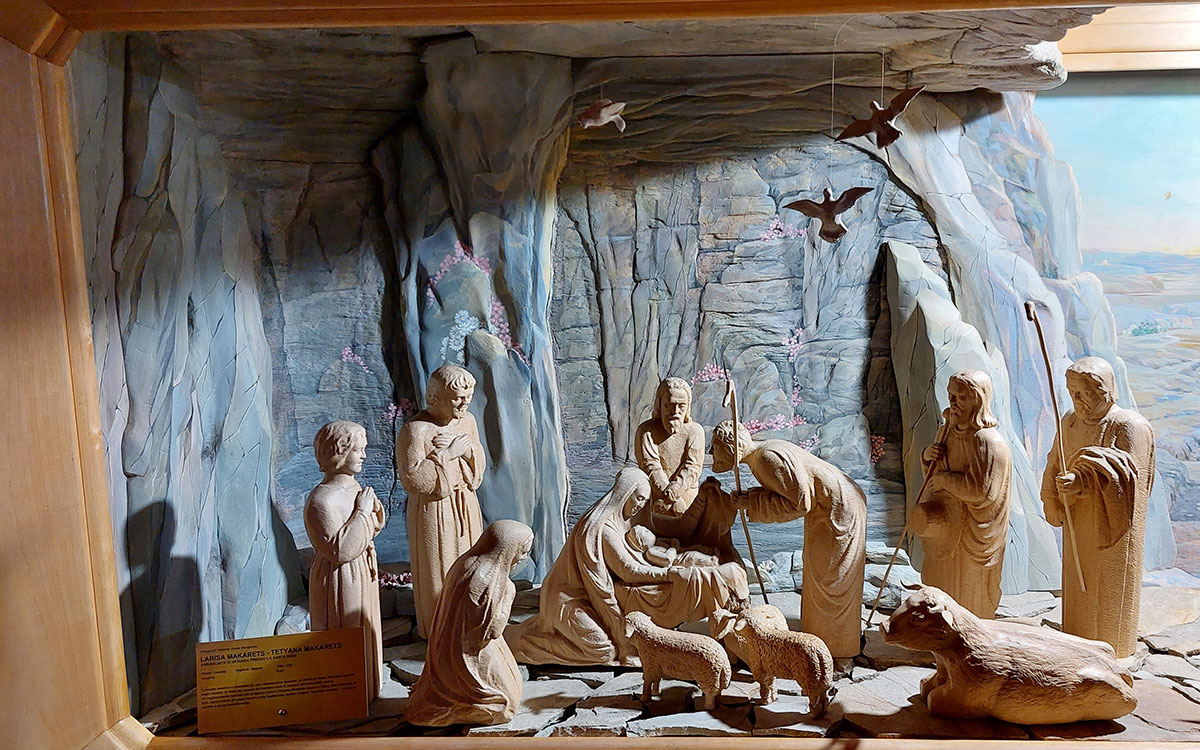 Mary gave birth to her firstborn son and wrapped him in swaddling cloths, and laid him in a manger. 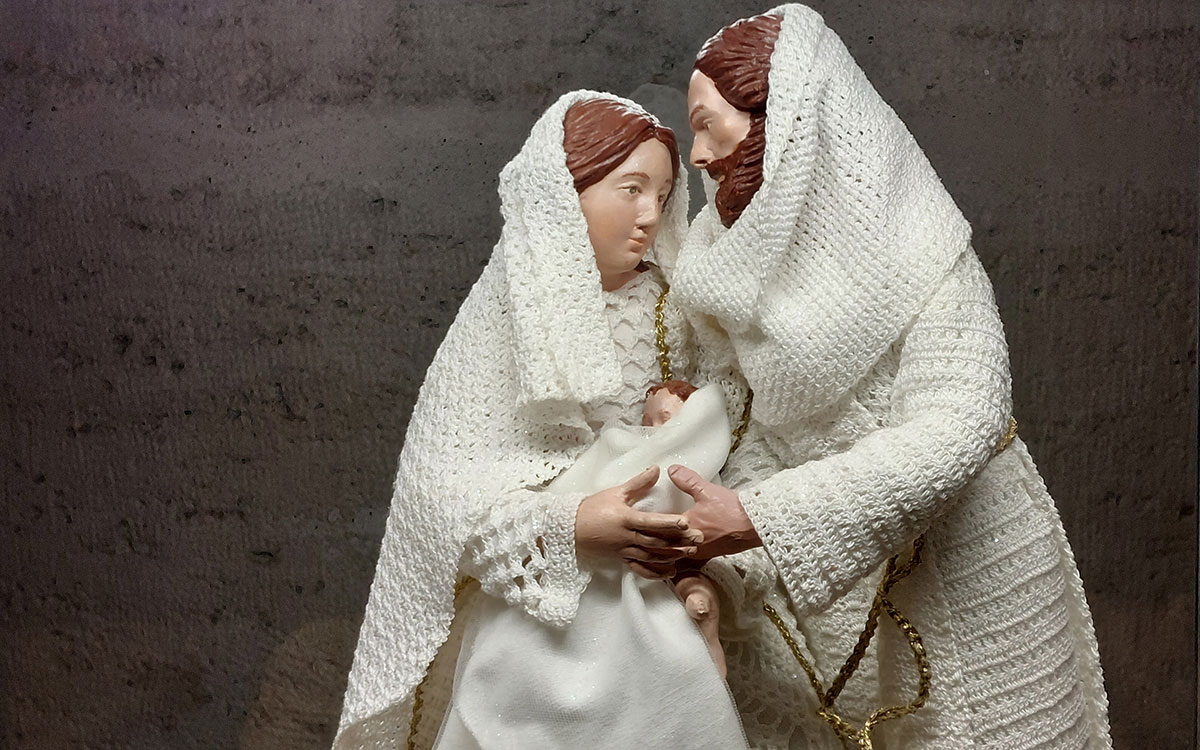 Why does the Christmas crèche arouse such wonder and move us so deeply? First, because it shows God’s tender love. 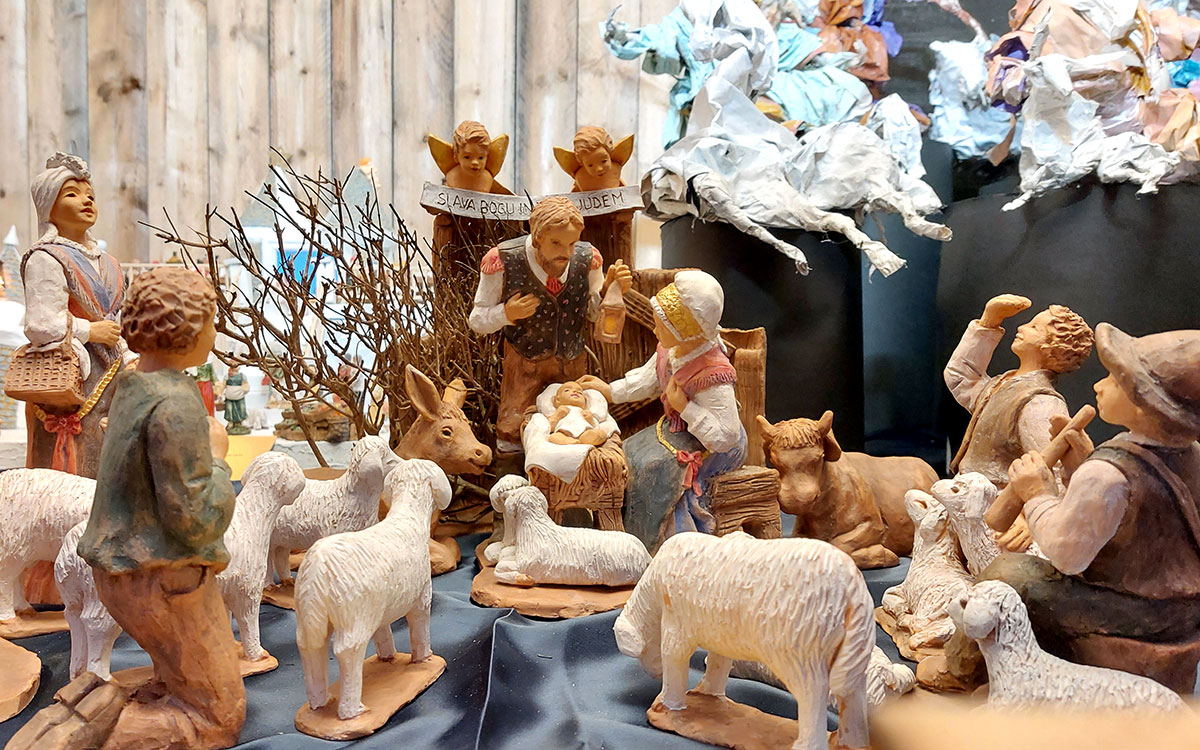 The gift of life, in all its mystery, becomes all the more wondrous as we realize that the Son of Mary is the source and sustenance of all life. The nativity scene has invited us to “feel” and “touch” the poverty that God’s Son took upon himself in the Incarnation. Implicitly, it summons us to follow him along the path of humility, poverty and self-denial. God became man. His closeness brings light where there is darkness and shows the way to those dwelling in the shadow of suffering. The angels and the guiding star are a sign that we too are called to set out for the cave and to worship the Lord. 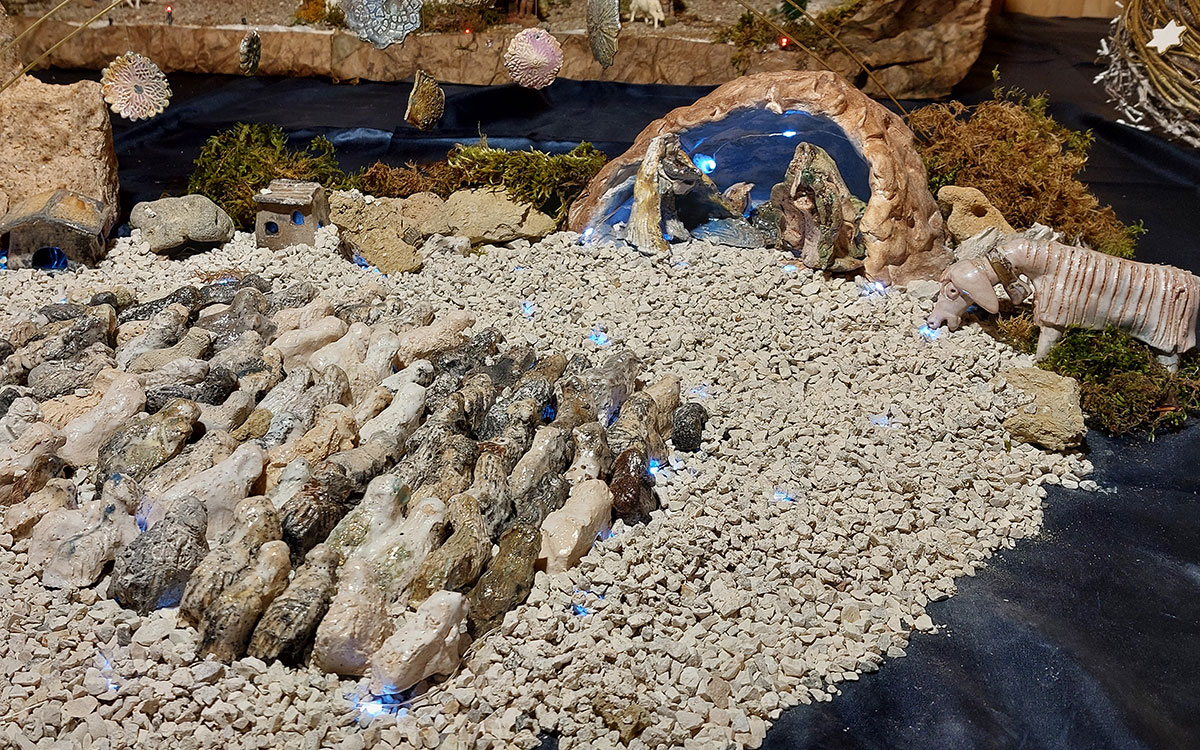 Unlike so many other people, busy about many things, the shepherds become the first to see the most essential thing of all: the gift of salvation. It is the humble and the poor who greet the event of the Incarnation. 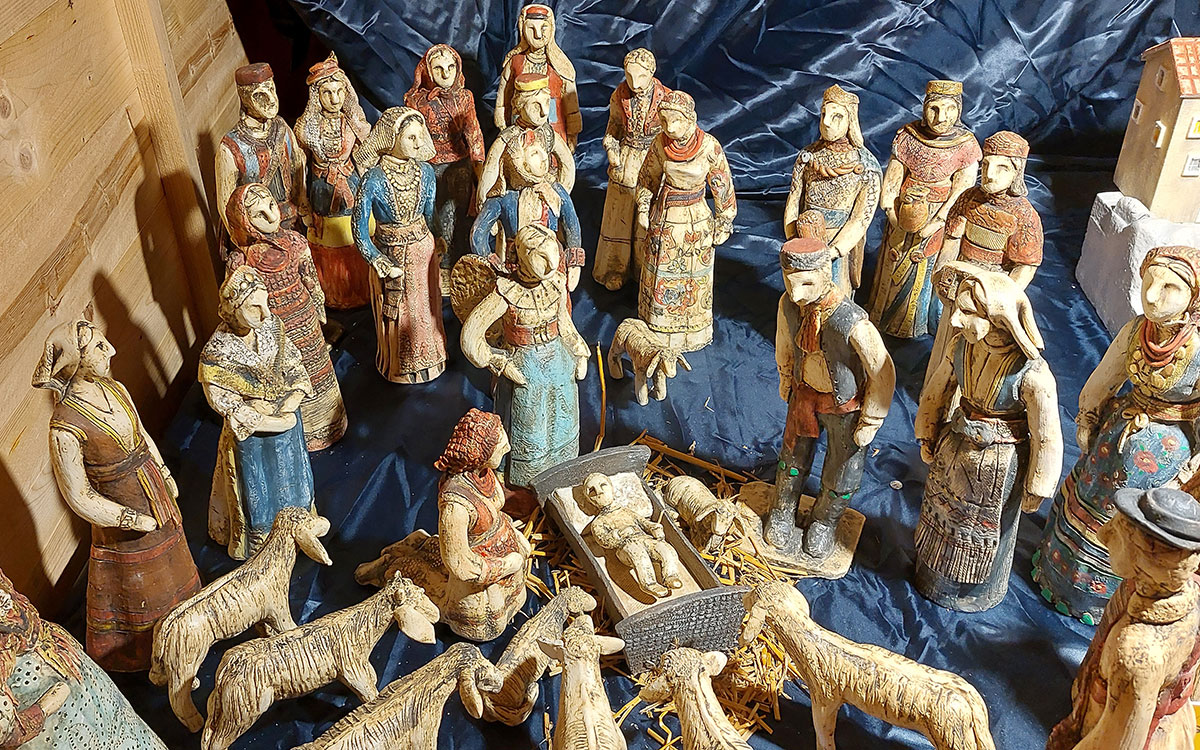 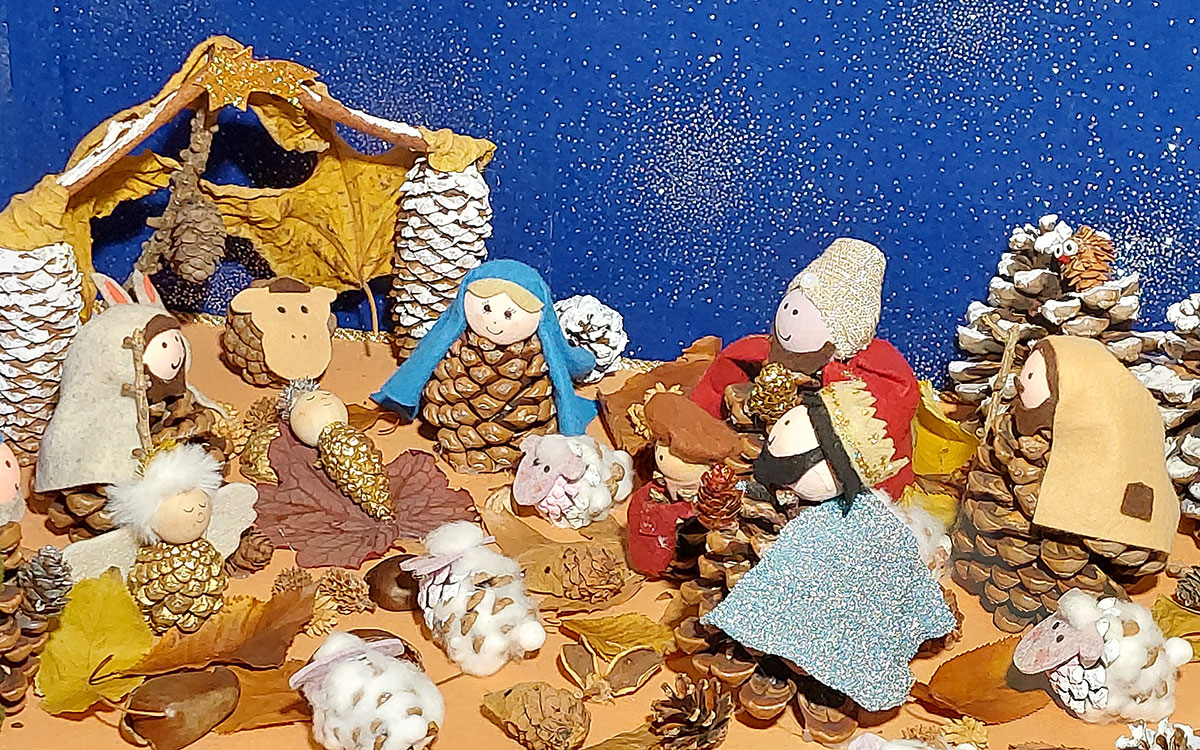 From the shepherd to the blacksmith, from the baker to the musicians, from the women carrying jugs of water to the children at play: all this speaks of the everyday holiness. In Mary, we see the Mother of God who does not keep her Son only to herself, but invites everyone to obey his word and to put it into practice. 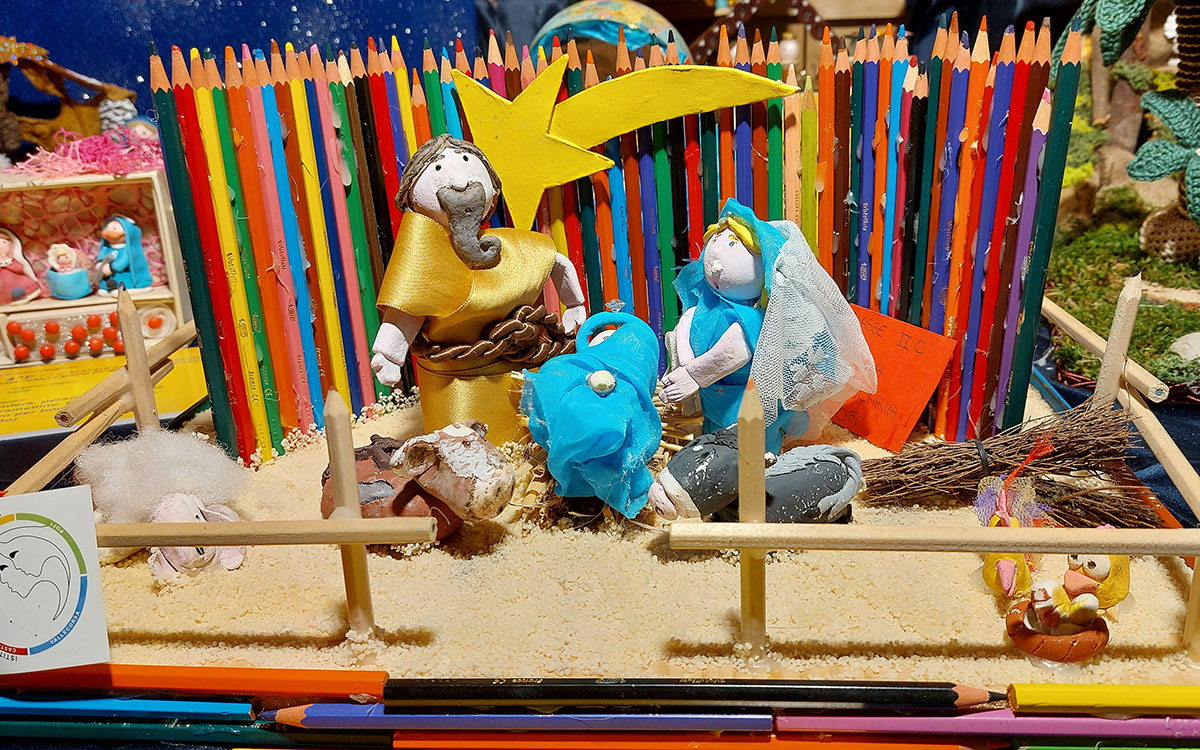 To our astonishment, we see God acting exactly as we do: he sleeps, takes milk from his mother, cries and plays like every other child! 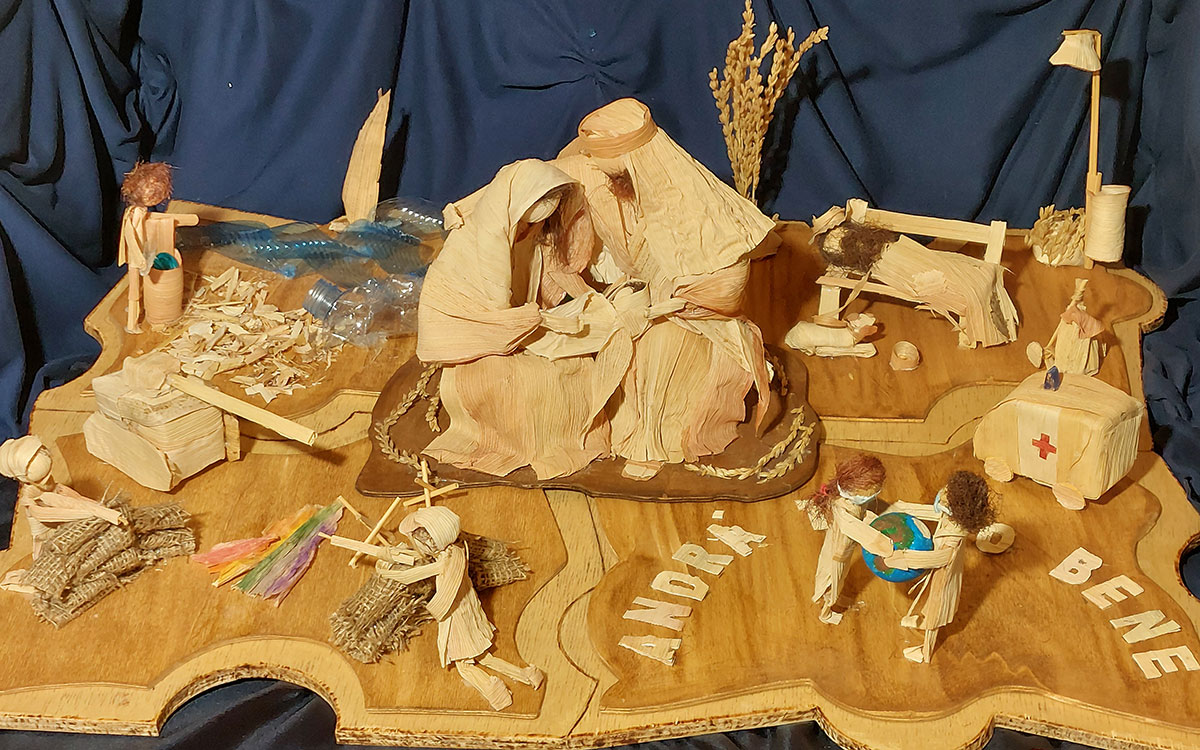 Wherever it is, and whatever form it takes, the Christmas crèche speaks to us of the love of God, the God who became a child in order to make us know how close he is to every man, woman and child, regardless of their condition.

From the exhibition "100 presepi in Vaticano", St Peter's Square, presented by the Vatican, Dicastery for Evangelisation.

Share this Post:
Matteo Ricci, missionary of inculturation
Christmas is an invitation to let the light shine in the darkness
Posted by Communications Office - Editor in Curia Generalizia

The Jesuit Prison Ministry in Thailand has been given a piece of land in the Chiang Mai area. How might this help the prisoners? A transition house perhaps, a place to learn about organic farming? The encyclical Laudato Si’ and the pandemic have opened new avenues.