With the collaboration of Pascual Cebollada, SJ, Postulator General
and Federico Lombardi, SJ, editor of the Positio

It was long awaited, and it was done on Saturday 17 December: Pope Francis authorised the signing of the decree recognising the “heroic virtues” of the famous Jesuit Matteo Ricci. He is now included in the list of “venerables” recognised by the Church; he is recognised for his testimony of faith.

The figure of Matteo Ricci occupies a special place in the history of human culture as one of the main protagonists of the encounter between different cultures. Together with Marco Polo, he is one of the only two non-Chinese figures included in the great representation of Chinese history in the Millennium Monument in Beijing. He was the first non-Chinese to receive the honour of being buried in the capital itself, on a plot of land specially allocated by imperial decree.

The now almost universal recognition of Ricci’s merits in terms of the encounter between cultures has not, however, been accompanied until now by such considerable attention and appreciation of the greatness of his spiritual figure and virtues. The recent decree of Pope Francis therefore highlights the spiritual quality of this intellectual, who was essentially a missionary. 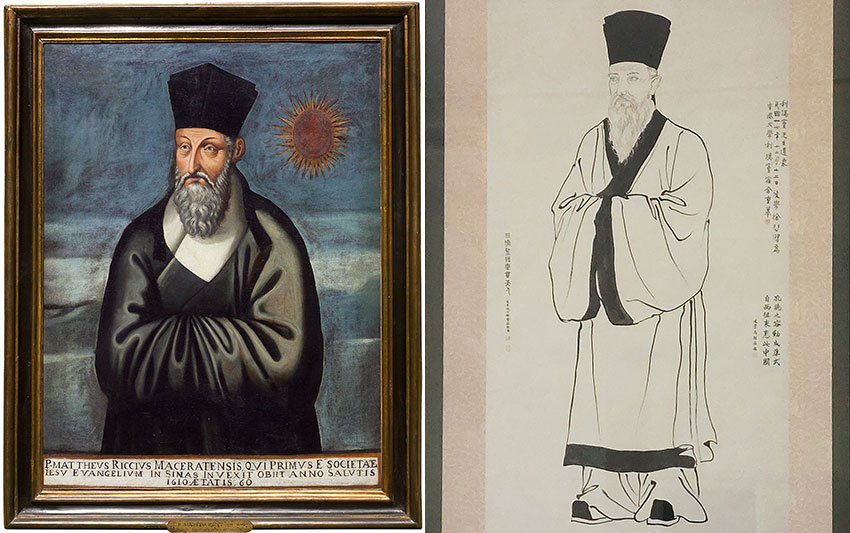 A missionary figure who is relevant today

The current importance of the figure of Matteo Ricci and the opportunity to propose him as a model of Christian life are evident in several respects. We can highlight three in particular:

2 The new vision of the mission of the Church: evangelisation in relation to different cultures: “inculturation”. Ricci as a model of inculturation of faith and Christian life for the whole Church.

Friendship as a “missionary style”

Let us add to this article the intuition developed by the former Superior General of the Society, Fr Adolfo Nicolás. In a substantial lecture given in Milan in 2010, he presented Matteo Ricci as the Jesuit who had developed a particular missionary style, that of openness through friendship. After defining the concept of mission as helping people to seek and find God in all things, Fr Nicolás asserts that the missionary is called to see the world as God sees it. This leads to friendship with all. It was in this perspective that Matteo Ricci was able to propose the encounter between the Gospel and the Chinese culture. He was a pioneer and a master in “inculturation”, in the inculturation of the Gospel.

As far as Matteo Ricci’s way of evangelising is concerned, we have no explicit evidence of his preaching. Rather, he preferred the path of encounter, of friendly conversation, of personal relationship with the other, seeking above all to grasp him through his culture, that is to say, his own way of seeing the world. The recognition by the Dicastery for the Causes of Saints and by the Pope himself of the example of “holiness” offered by Matteo Ricci confirms the relevance of this approach for our time.

The Bishop of Hong Kong, Jesuit Father Stephen Chow, sent a note to the Postulator of Matteo Ricci’s cause, Fr. Pascual Cebollada, which read:

I was informed by the Chinese government officer in HK that the announcement is widely circulated in China with favorable reception of this well-deserved recognition.

JCAP Curia Missions Jesuit Saints
Share this Post:
A life of holiness through simplicity: Brother Marcos Figueroa, SJ
A tradition charged with meaning, a sign that still speaks to us today
Posted by Communications Office - Editor in Curia Generalizia

The Jesuit Prison Ministry in Thailand has been given a piece of land in the Chiang Mai area. How might this help the prisoners? A transition house perhaps, a place to learn about organic farming? The encyclical Laudato Si’ and the pandemic have opened new avenues.