New plea for solidarity with Haiti 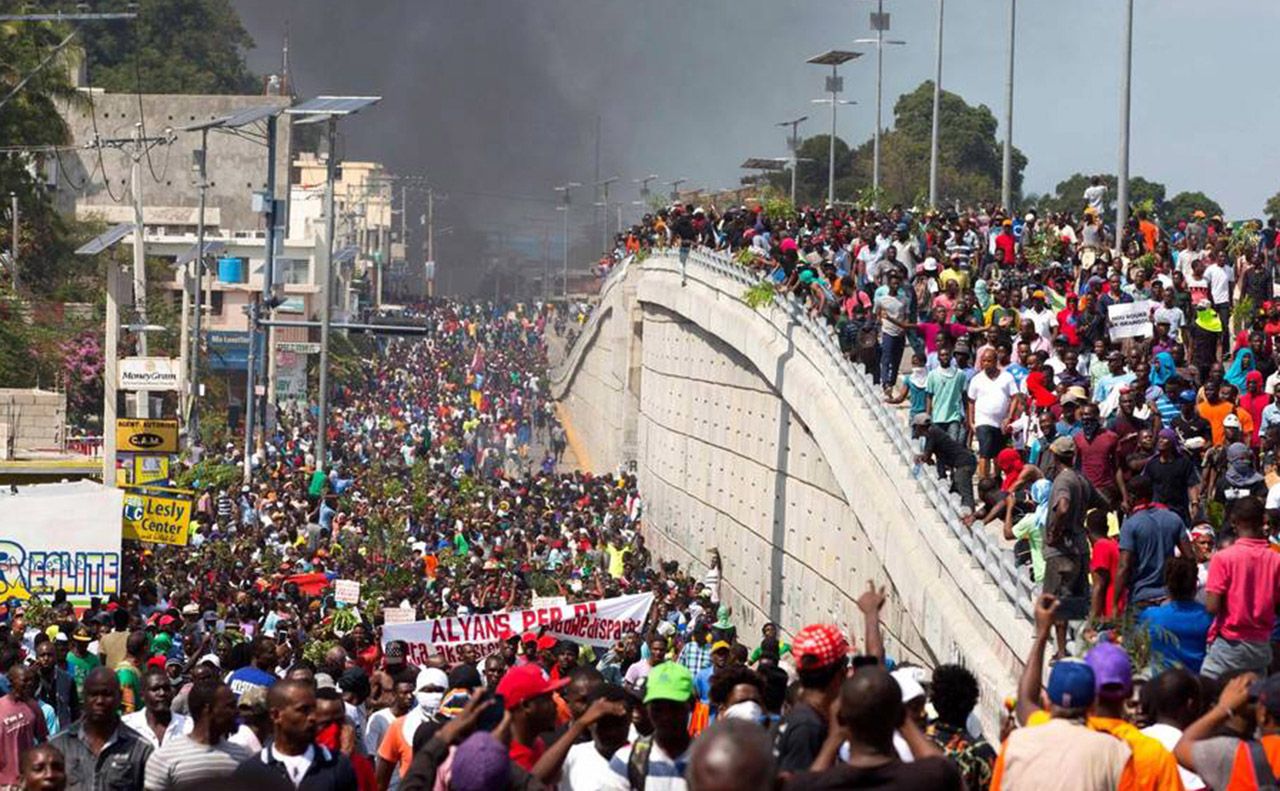 Since February 7, Haiti has been experiencing a new widespread social crisis. The Jesuit meeting on the Caribbean Project to be held in Port-au-Prince had to be cancelled urgently, even though most of the participants had already arrived. Indeed, the level of tensions was rising. The Superior of Haiti, Jean Denis Saint Félix, and the President of CPAL (Conference of Latin American Provincials), Roberto Jaramillo, chose to send the people back home while it was still possible to get to the airport and leave the country. Haitians are calling for the resignation of President Jovenel Moïse in the face of a social situation that has deteriorated further over the past two years. The suffering of the people is palpable and exasperation leads to violence.

The country’s authorities have not made any public statements and it is not even known whether the President and Prime Minister are still in the country. In addition, the Haitian Bishops’ Conference (HEC) issued a short note on Wednesday, February 13, deploring the violence and calling for respect for human life and material goods while urging the authorities to make sacrifices in the best interests of the nation.

Haitian Jesuits share the suffering of their fellow citizens. They welcomed to the Manresa Spirituality Centre the members of the Caribbean Project who were unable to return home, in particular those from the neighbouring Dominican Republic, as the roads were closed.

In an open letter (which you can read by clicking here), Jean Denis Saint Félix describes the situation and underlines that the role of the Jesuits is undoubtedly to keep hope at the heart of this difficult situation. He thus concludes his letter: “We remain confident in the Lord of life so that He may give us the grace to discern the best way to be present among His people so that hope may finally spring up on this earth.”

Let us pray for the Haitian people and, in solidarity, remain united with our Jesuit brothers and with those who, with them, seek to nurture hope in the midst of a chaotic time.

Share this Post:
Creating a collaborative network of the Archives of the Society
The protection of minors – Message from religious superiors
Posted by Communications Office - Editor in Curia Generalizia