“Everything is linked”: North-South encounter and solidarity

Indigenous leaders from the Americas, both North and South, have had the opportunity to express their views on the challenges they face in defending their lands, their cultures, their rights and their ways of life. In a “parallel” space and at the heart of the special Synod on the Amazon that brings together in the Vatican bishops and other participants from the great Amazon region, the Jesuit Conference of Canada and the United States organized, with several partners, a forum. The activity took place in the Aula of the General Curia. It was open to all and was intended to support the Synod project. Jesuits and their partners in Canada and the United States want to echo the hope of Pope Francis who, since the publication of his encyclical Laudato Si’, has been drawing attention to the environmental and human aspects of this region of the world so central to the future of the world’s ecological balance, the Amazon.

It is not possible to report here on the interventions of the seven panellists. However, here are some key ideas that could have left their mark on the hearts and spirits of the participants. 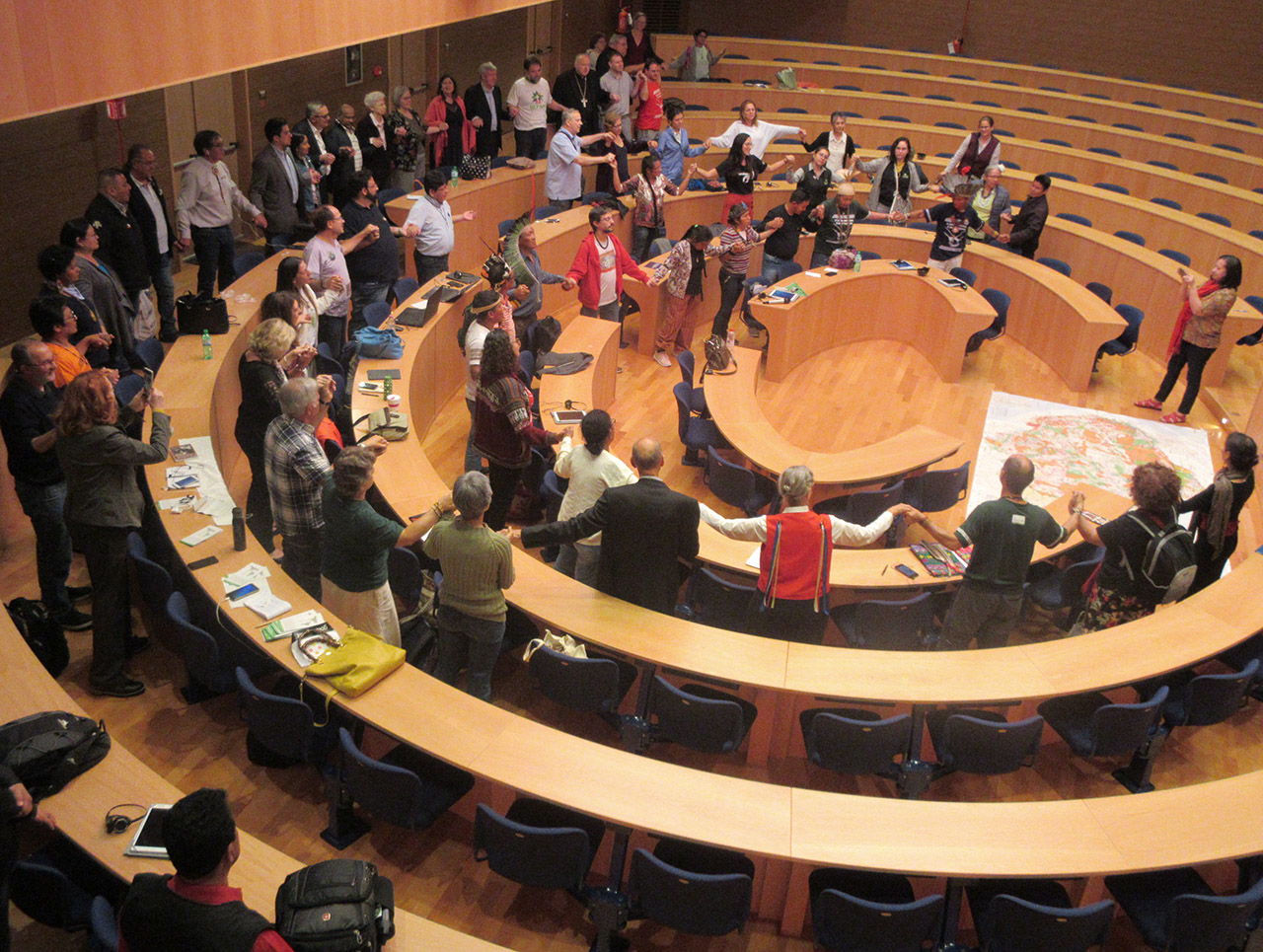 The first four speakers were from indigenous peoples, one from the North, Rodney Bordeaux, a Lakota-Sioux from South Dakota where Jesuits have been active for a very long time, the other three from the Brazilian Amazon, Ednamar de Oliveira, Francisco Chagas and Dona Zenilda. All stressed the importance of the land and the struggles against the loss of their territories to international companies that exploit Amazonia without taking into account the rights and values of the peoples who have lived there for so long. Everyone stressed the importance of being supported in their struggles by all those who are aware of the situations of injustice that have been done to them and that these peoples continue to suffer. The testimonies highlighted what we have in common, in the North and in the South, at the heart of the struggles that unite us across borders.

Many references to God, and in particular to the God of creation, were part of the narratives of the Aboriginal speakers. Some interventions included a moment of prayer. The positive involvement of the Catholic Church in the Amazon was recognized, as was the important role played by Pope Francis in allowing the cry of the poor to be heard. 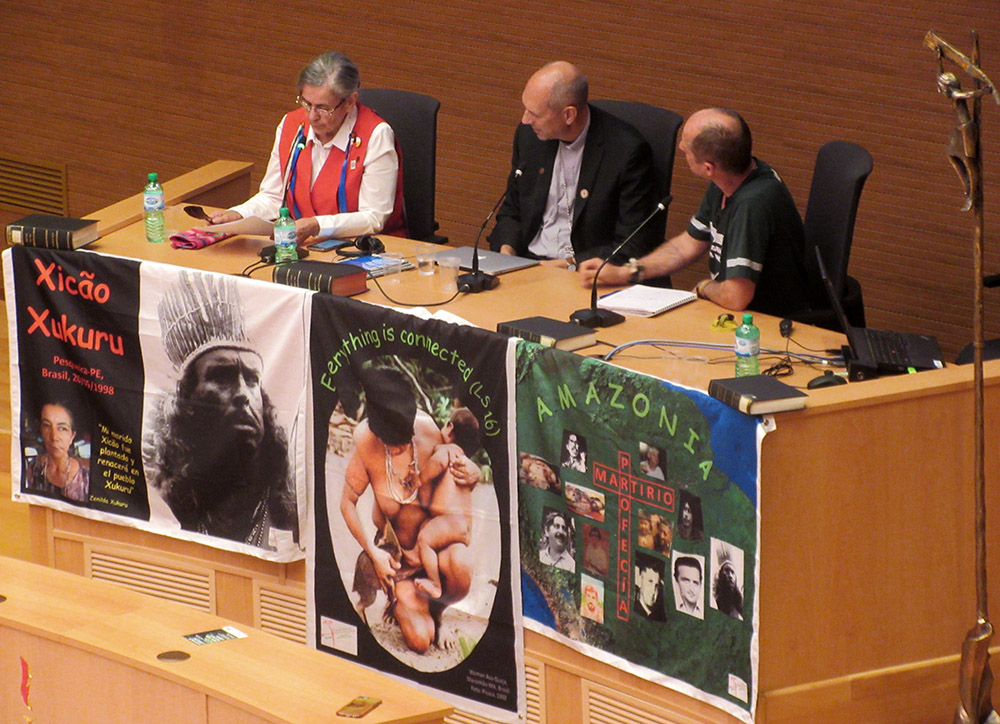 The second group of panelists included witnesses from the Catholic Church: a Jesuit from the Amazonian mobile team, a Canadian Objibwe nun and the Archbishop of Regina (Saskatchewan, Canada). In the spirit ofLaudato Si’, it was recalled that “what we do to the earth, we do to the people and what we do for the people, we do at the same time for the earth”. Sister Solomon spoke about the process of reconciliation between Indigenous peoples and other people in Canada through ecumenical work. The Jesuit Fernando López affirmed that the Spirit blows in the heart of indigenous nations and that this allows him to live the Ignatian intuition that “God is in everything and everything is in God”. His experience in the Amazon allowed him to understand how Amazonian rivers unite people while borders divide them. Archbishop Don Bolen underlined how much Francis’ “environmental” encyclical invites us to a deep level of solidarity. Through what it can learn from the experience and wisdom of indigenous peoples, the Church can find new ways to speak about its history and proclaim the message of the Gospel.

Share this Post:
So why change the configuration of the Jesuit “Provinces”?
A Way of the Cross for today proposed by the coalition The Amazon: Common Home
Posted by Communications Office - Editor in Curia Generalizia