The best key is always education 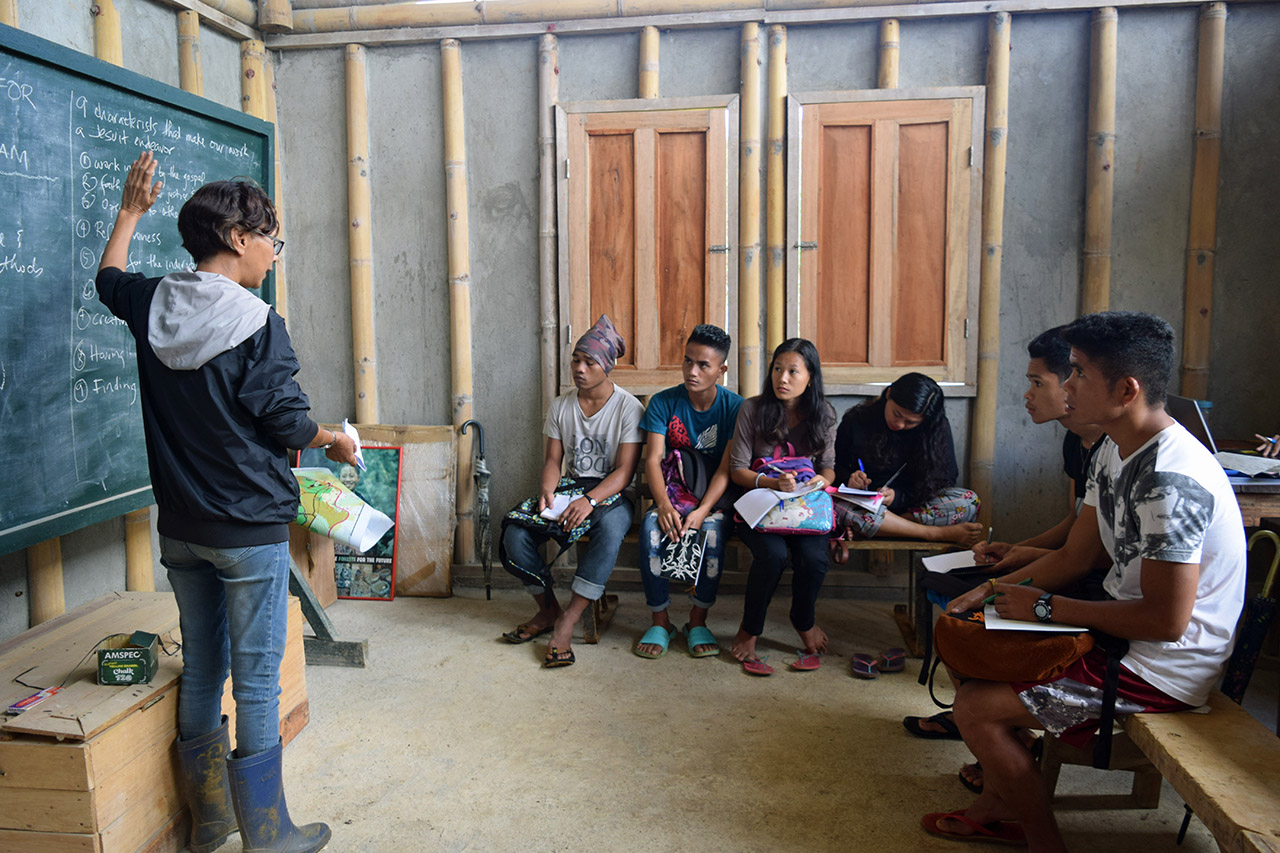 Apu Palamguwan Cultural Educational Center (APC): the name refers to an Elder Pulangiyēn who envisaged that his “children could write down their story”. This organization is a Jesuit work, in relationship with ESSC (Environmental Science for Social Change), implementing a comprehensive educational program for the indigenous Pulangiyēn people who live in Bendum, on the island of Mindanao in the Philippines. The migrant families are also admitted. They are Filipinos from other parts of the country who settled on the land having worked with the logging companies who brought them in.

Yes, the young people go to school. APC organizes formal education from Kindergarten to Grade 12, the end of high school, on its two campuses in Bendum. It is also present in four other indigenous communities with schools for the very young, from Kindergarten to Grade 3. However, and in accordance with the Department of Education, which now recognizes indigenous schools, programs are designed and enriched to take into account the surrounding social, cultural and environmental context. The entire planning and operation of the school is done with community, in constant dialogue with the datu, the local chief, and his council - where, by the way, women play a major role. 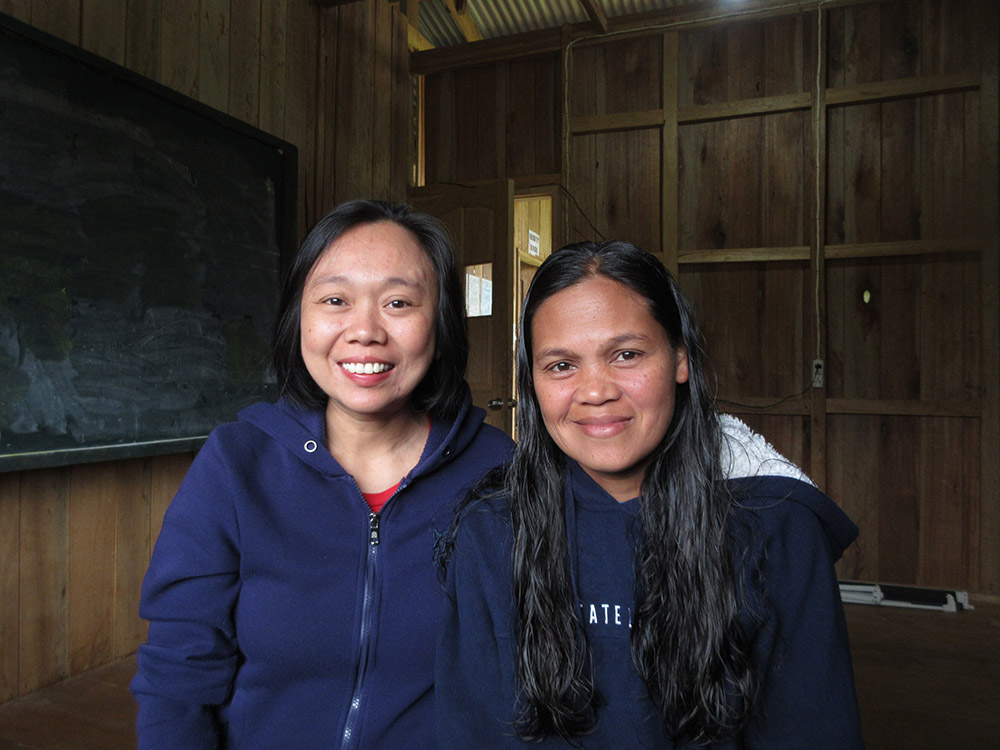 Jenny Lynn Lee (or Jen) is the school manager who adopted the Bendum community and was “adopted” by it, recounting her nearly 10 years of service and commitment to the work in the school. Mercy Pakiwag is her assistant; she comes from the community, taking special care in accompanying the students and their families. Both Jen and Mercy shared how much the essence of their work consists in offering quality accompaniment to young people, based on the fundamental values of their culture and taking into account the often-difficult situations they find themselves in.

For example, tradition has it that young people marry very early. It was 12 or 13 some twenty years ago; it’s often 15 or 16 years old now. This is partly because families cannot continue to support all their children, so they encourage teenagers - who are considered mature enough - to settle into life. School tries to help them see how important academic and social education is for their future; it is its influence that is gradually raising the age of marriage for young people. 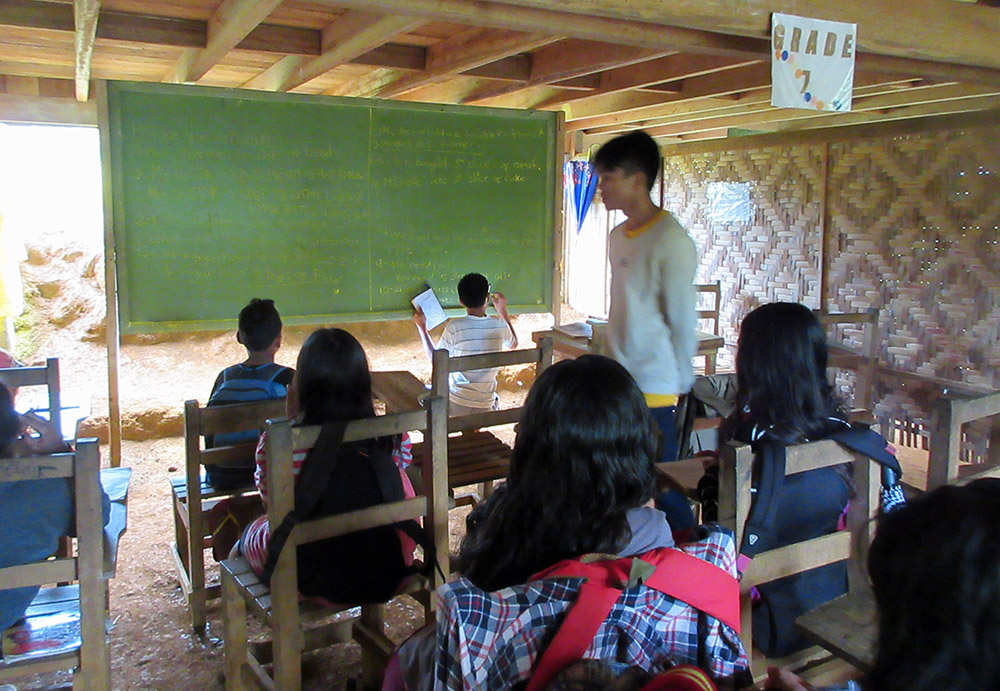 Mercy teaches what might be called “comprehensive or integral education” in Grades 7 to 12. Once again, the idea is to provide a grounding in community values, to strengthen the sense of belonging that leads to personal identity and identity within the group. She is always available; with her, young people always have an adult ready to listen to them. Of course, the lure of adventure and novelty attracts teens to leave the community and try their luck in the city... without finding happiness and success easily. Jen and Mercy insist that they will always be welcome if they choose to return and that they will be able to continue their schooling.

Overall, the education provided to Bendum by APC is a way of life that offers a grounding in community values and support to go further in life. It is about offering, especially to indigenous youth, other ways to find their place in the current global reality that they will inevitably face, without being crushed by a dominant socio-economic system that has little regard for those it marginalizes. 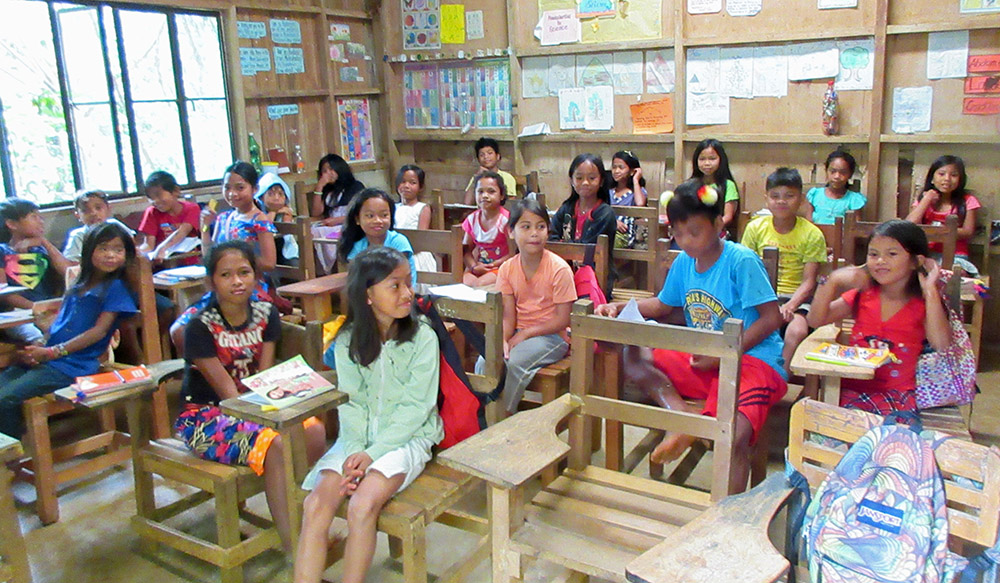 In April 1994, Rwandans found themselves asking: Where has the God of Rwanda gone? Will the sun shine on Rwanda again? Twenty-six years since the beginning of the genocide against the Tutsi and the war, Marcel Uwineza, SJ offers some answers...